Community members exchanged concerns with neighborhood officials over violent crime in the area at a meeting Tuesday. 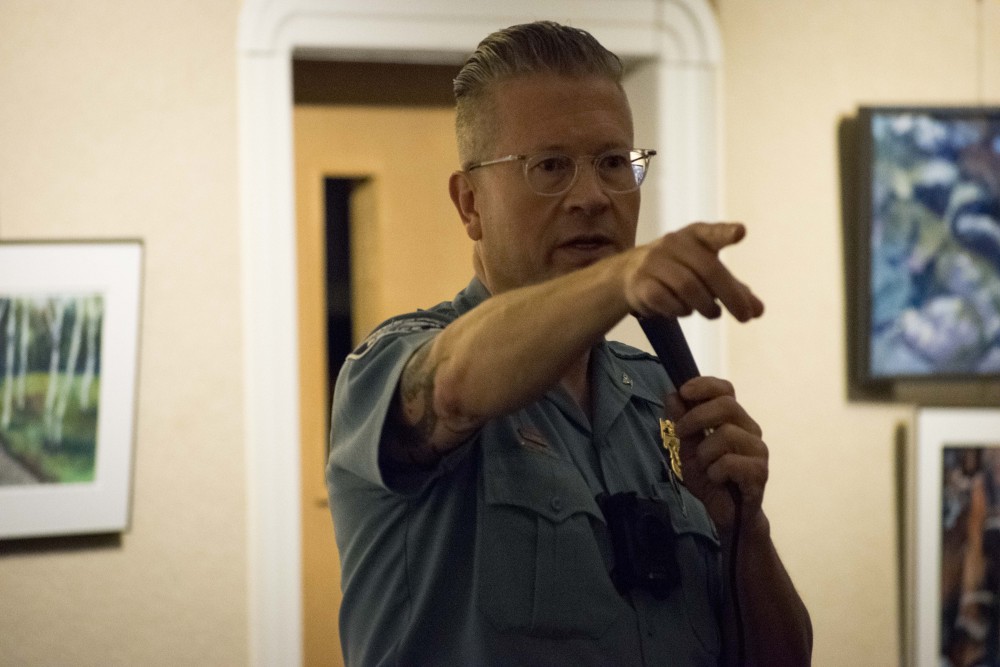 The Marcy-Holmes Neighborhood Association held their fourth safety meeting this year at the First Congressional Church following a homicide that occurred a short distance from the University of Minnesota campus. Some residents expressed concerns that short police staffing is contributing to crime in the Minneapolis Police Department’s 2nd Precinct, which includes Marcy-Holmes. Others called for more transparency on the University’s part.

Around 5 a.m. on Oct. 16, 27-year-old military veteran Abdoulaye Nene Cisse died at Hennepin Healthcare of a stab wound from an incident taking place near the intersection of 7th Street Southeast and 5th Avenue Southeast.

The last MHNA safety meeting took place on Sept. 16 after an early morning attempted abduction of a University student on 6th Street Southeast. Since the last meeting, the University has sent out six SAFE-U notifications for crimes on or near campus, three of which took place in Marcy-Holmes.

MPD Inspector Todd Loining of the 2nd Precinct assured community members the precinct has provided additional officers who patrol Marcy-Holmes every Friday and Saturday night since the end of August. These additional patrols will last until the end of October.

The influx of traffic to the area in the fall months from outside of Southeast Minneapolis neighborhoods are cause for the heightened patrols, Loining said. “For the past four weeks, every morning, at the very end of our overnight shift, we hold officers for overtime to patrol specifically Marcy-Holmes because of the crime that has occurred,” said Loining at the meeting. “Some of the sexual assaults or attempted sexual assaults have occurred in those early morning hours.”

Despite these increases, community members voiced questions over police staffing in relation to Marcy-Holmes’ population increase at Tuesday’s meeting.

Residents also expressed concerns over the University’s safety notification policy after the school did not provide the campus with a SAFE-U notification of the homicide.

The Clery Act, which mandates that public colleges and universities send safety notifications of crimes that represent a threat to public safety on campus, only requires the school to consider sending an alert out for crimes that occur off-campus, said University of Minnesota Police Chief Matt Clark.

“I don’t care if it’s Clery Act or not, find out where your students live and get an email to them, put them on a list for Marcy-Holmes. This is not all right for people to learn several days later what happened blocks from where they lived,” said Marcy-Holmes resident Cordelia Pierson at the meeting.

Proximity to the University, if a student or faculty member is involved in the incident and a pattern of crime are all considered when sending out a SAFE-U notification, Clark said.

“There’s faculty living across the street and staff living next door to me. No, they weren’t the victim of this crime but we are all victims of this trauma,” said Pierson. “So it is not enough to say that students, faculty or staff were not directly involved with the incident  —  because each of us were.”