Student leaders in the University of Minnesota's Humphrey School of Public Affairs are asking for policy changes after two professors, who were disciplined by the University following allegations of sexual harassment, returned to teach this fall. 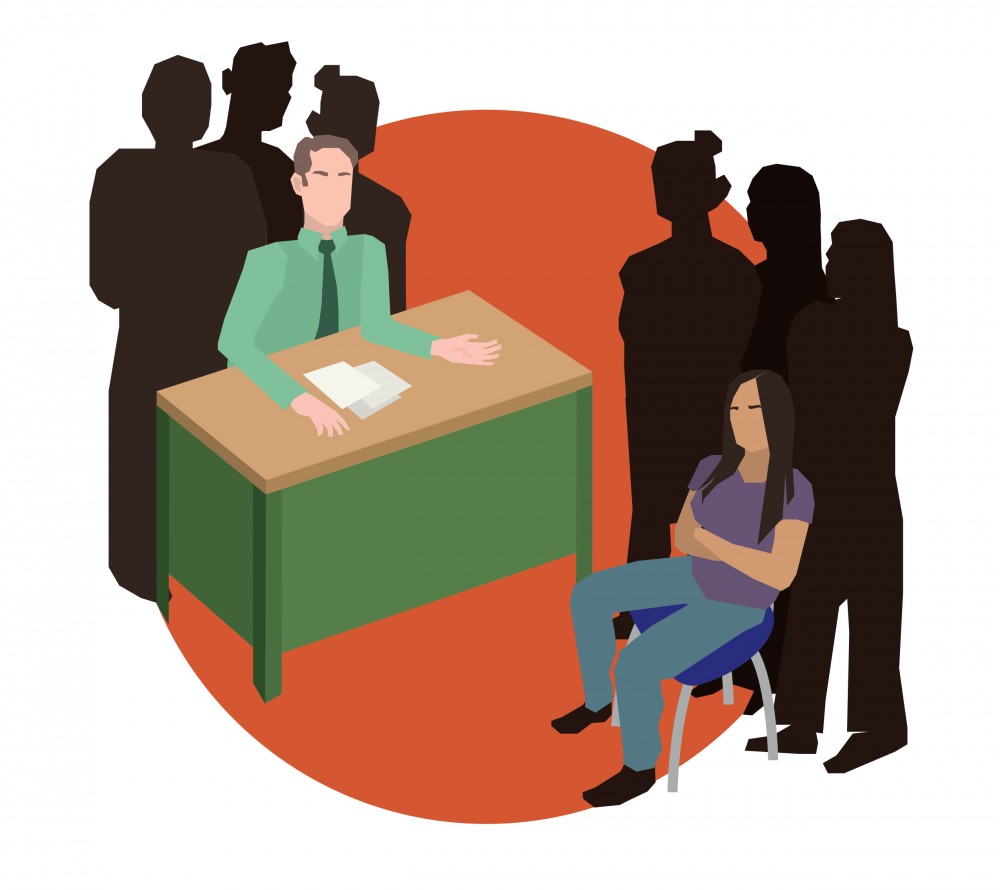 This is part two of a two part story.

Some students are demanding policy changes at the University of Minnesota’s Humphrey School of Public Affairs following the return this fall of two tenured professors who were suspended.

In fall 2018, Humphrey administration was aware of separate completed University investigations which found Jason Cao and James Ron “more likely than not” violated University sexual harassment policy. The school informed students of the allegations and the discipline around the beginning of the 2019 fall semester.

Currently, the professors are prohibited for two years from advising certain Humphrey students as part of their discipline.

Some students are questioning why administration delayed addressing these incidents with the Humphrey community. Student leaders are also speaking to a larger issue of sexual harassment in academia and calling for concrete policy changes to protect students.

Humphrey Dean Laura Bloomberg acknowledged that timing the announcement was difficult, but stands by her decision not to share information about the allegations earlier in the year. Bloomberg said she prioritized the interests of students directly involved, and felt the discussion should take place in person.

Bloomberg said she wants to create an environment at Humphrey where students feel supported, and where they can feel comfortable coming to administration with concerns.

Humphrey leadership addressed allegations and discipline against the professors in a series of public forums around the beginning of the fall semester — how the majority of Humphrey students have come to know about this. Forty students held a follow-up meeting after the public forums.

Stephanie Hallgren, president of the Public Affairs Student Association, which represents the Humphrey student body, said while she believes the school did more than it had to when it disciplined tenured professors, how it informed students needed to be more transparent.

Before Humphrey administration began holding public forums about the allegations, many students of the tight-knit school said they heard about the professor’s supposed conduct from each other.

Katie Burke was selected by other Master of Human Rights students to lead conversations with administration about complaints of sexual harassment against Ron, who was a co-director in her program at the time. Burke and other human rights students mobilized early spring semester and reached out to administration for a meeting in April.

Burke said she did not know about allegations against Cao until a few weeks before the beginning of fall semester, despite having conversations with faculty about similar accusations against Ron.

Students were told about the disciplinary actions at different times, depending on their year and program within Humphrey. “It really upsets me that it’s taken so long for both sets of students to be able to have all the full and accurate information,” Burke said.

For incoming students, a forum took place during orientation. For others, it was late in the first week of the semester when they were informed, after they may have attended Ron or Cao’s classes.

Bloomberg said that by the end of the first week of school, all Humphrey students had been notified.

“There are people who are grateful that they had a year and they had a spring semester where this wasn’t a topic that just sort of hung over them the entire time. And then we have incoming students where we really have no way of having this conversation until they get here,” Bloomberg said. “So is it great timing? No. Would I do it differently? In hindsight, I think that there are things that I will learn in this process.”

Alex Johnson, a second-year student leader in the Master of Urban and Regional Planning program, said he took a class with Cao last fall.

“I don’t feel like that’s a super controversial thing for admin at a University to say that student safety and students are important, and we want them to feel safe in environments where they’re learning things,” Johnson said.

Bloomberg said steps have been taken so students can reasonably feel safe in the learning environment.

“We can talk about what we want to do to create the best possible learning environment where people reasonable can feel as if their safety is a priority, and their well-being is a priority. But you can look at the news and not realize that we can’t control for everything,” Bloomberg said.

Bloomberg has required Ron and Cao to regularly meet with faculty mentors to discuss progress on their professional development plans.

Hallgren, president of the Public Affairs Student Association, said schools must inform students earlier in these situations so they can participate in addressing alleged sexual harassment.

“This is our future. These are our mentors … who we’re learning from and who we’re inspired by,” Hallgren said. “I think that in order to move forward, the University of Minnesota as a whole needs to change the way that they look at sexual misconduct with tenured professors.”

Time for a culture shift

“I think that students are upset and they’re angry. They don’t think the dean’s response to what has happened is enough,” Burke said. “They feel that she’s kind of pushing this issue in the long grass and committing to having conversations but not taking any real action on policy change to stop this happening again.”

Burke said one of the students’ main concerns is changing tenure code.

Bloomberg said while there are special protections that come with tenure, she does not know if tenure affected how Ron and Cao were disciplined.

Bloomberg never considered termination in these cases, and guidance documents from the University did not either, she said. Instead, she said the conversation should be about creating a culture shift at the school.

About one third of female graduate students surveyed experienced harassment at the hands of faculty or staff — an update to previous research with similar findings — according to a 2016 article in Psychology of Women Quarterly, a peer-reviewed journal.

Jennifer Freyd, an author of the study and psychology professor at the University of Oregon, said she believes there are two reasons why sexual harassment by faculty is more prevalent for female graduate students: opportunity and an unbalanced power dynamic.

“For undergraduates, if they have a professor that is bugging them, they don’t have to keep taking classes with that professor,” Freyd said. “Graduate students can be really in a bind where the person who’s treating them in this problematic way is somebody they’re pretty dependent upon.”

Liv Reyes, a student leader on the Humphrey’s Gender, Sex and Policy Event Committee, said she is curious to see what administration will do once the professors’ disciplines are lifted.

“Moving forward, will students be constantly notified that these two faculty members exist? Once I graduate, my cohort graduates and then the year below us now, in theory, this information could die with us,” Reyes said.