Omar filed to run for Congress after Keith Ellison vacated the seat to run for attorney general. 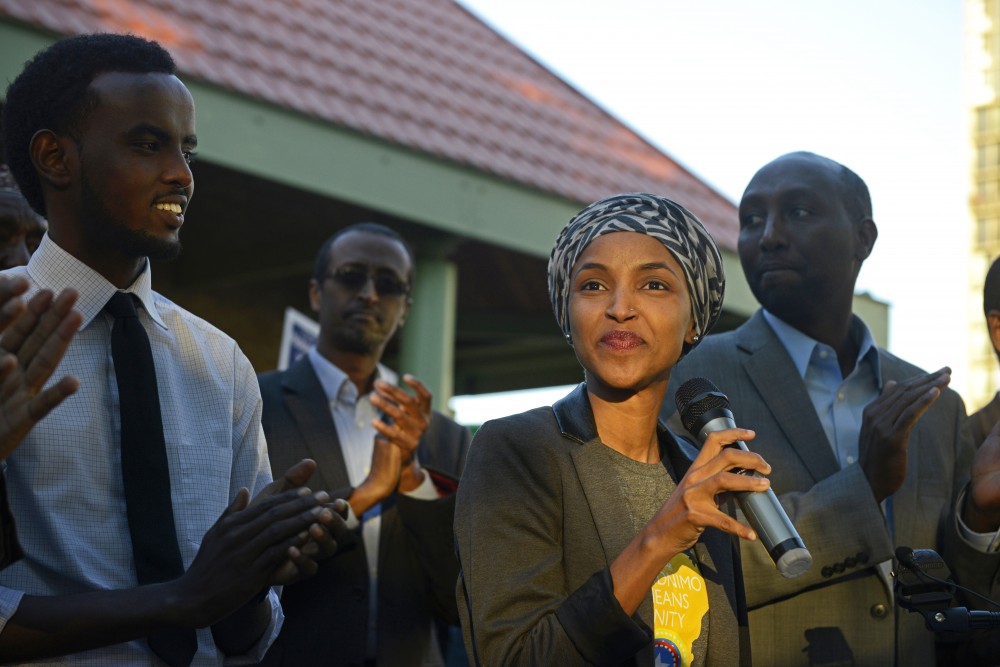 Representative Ilhan Omar announced her endorsement for Mohamud Noor in his run for Minneapolis City Council Ward 6 on Wednesday, Oct. 4, 2017 at Currie Park in Minneapolis. Omar won the primary in 5th Congressional District, and Noor won the primary for District 60B.

Omar filed to run earlier this month after Rep. Keith Ellison, D-Minn., who took office in 2007, announced he is running for Minnesota attorney general. The special endorsement convention took place before early voting for the primary, which begins on June 29.

Omar currently represents House District 60B, which includes the University of Minnesota, Augsburg University, Prospect Park, Seward, Como and Cedar-Riverside neighborhoods. She was elected in 2016, making her the first Somali-American elected to a state legislature.

Sen. Patricia Torres Ray, DFL-Minneapolis, and Frank Drake, who ran as a Republican for the seat in 2016, failed to win the endorsement. Both said they will continue their campaigns into the primary in August.

Drake was removed from the ballot after the first round of ranked-choice voting.

“We’re on the ballot and we’re appealing to the centrist vote,” said Drake. “We know this is the most liberal congressional district in the state, but we’re continuing to campaign.”

Rep. Karen Clark, DFL-Minneapolis, who served as a delegate, said that she voted for Torres Ray because of her work in the Senate.

“She has a long and outstanding record on economic and social justice. I’ve seen her in the trenches, she’s authentic and doesn’t give up and that’s what it takes to win in politics these days,” Clark said.

Omar won 68.3 percent of the votes in the second round of voting, passing the 60 percent threshold to win the endorsement. Torres Ray received 24 percent, with the remaining delegates voting no endorsement.

Cacje Henderson, a delegate and volunteer for Omar’s campaign, said Omar’s advocacy for minorities and low-income communities make her the strongest candidate.

“It makes me so proud to see a Somali woman, a woman of color be in this position,” Henderson said.

“I am so excited that Ilhan Omar is going to be our congresswoman for Congressional District 5,” she said. “Ilhan is a movement builder and she is exactly the visionary leader we need to build momentum for positive change.”

In her speech before the endorsement vote, Omar spoke out against family separation at the border and “inhumane” immigration policies. She said she will continue Ellison’s social justice advocacy.

“Our district has always led with a vestige of unity. We elected the first muslim to Congress and Keith Ellison has changed what it means to be in Congress,” she said. “I am excited to run a people-centered campaign about people-centered issues.”

Candidates Margaret Anderson Kelliher, former Speaker of the House, and Jamal Abdulahi, founder of the DFL Somali Caucus, did not attend the endorsing convention but will also be on the primary ballot.