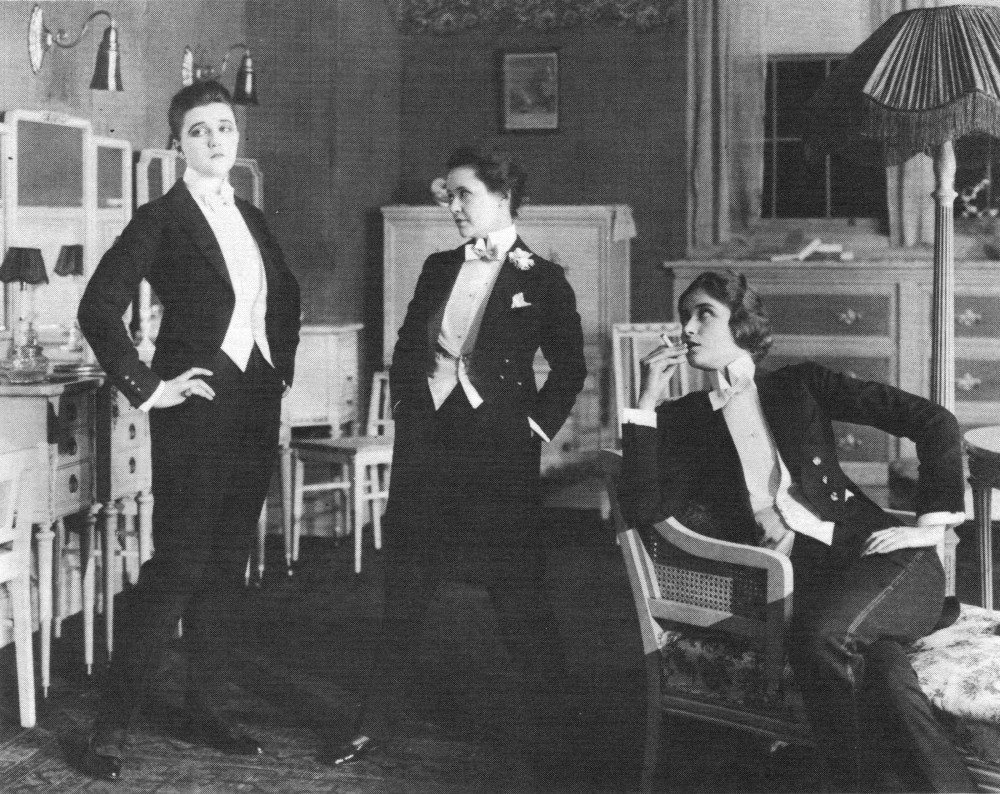 A new book that explores early 20th-century silent films, challenges the notion that breaking gender norms is a recent phenomenon.

Crafted by author Laura Horak, the new work — entitled “Girls Will Be Boys: Cross-Dressed Women, Lesbians, and American Cinema, 1908-1934” — focuses on ideas of gender-bending in cinema in the 1900s.

The Heights Theater will be hosting an event centered around the Horak’s work on Thursday, Feb. 2.

“There is a tendency to think that gender nonconformity is relatively new,” Horak said. “That’s not true at all.”

Horak’s book, which sprung out of the research she did for her Ph.D. dissertation, is primarily concerned with deconstructing this myth. The published work lists almost 500 films that feature cross-dressing women.

“Around half of these films are lost,” Horak said. “But the ones that survive are mostly impossible to see without going to a film archive.”

According to Horak, old Hollywood produced an average of 26 films featuring cross-dressed women every year. Additionally, over 100 movies featured women in male roles.

Two titles that are featured in the book will be screened at the Heights Theater. Both are exceedingly rare and difficult to track down.

“The first is a 1926 Hal Roach comedy called ‘What’s the World Coming To?’” Horak said. “I worked with the San Francisco Silent Film Festival to do a high-resolution digital scan of the only complete 16mm print and worked on a digital restoration.”

The concept of cross-dressing was not well known to early filmgoers. These films were seen as wholesome entertainment that continued the lineage of European theater.

“The legal actions made against these works generated a huge amount of press at the time and the word ‘lesbian’ became a household word for the first time,” Horak said. “Cross-dressing was never seen the same way again.”

Horak focuses on how gender is represented in art, helping connect the dots of early film history.

“My work shows that there is much still to be discovered in film history,” Horak said. “If you look past the canon, you can see that we know hardly anything about the majority of films that were made and enjoyed in previous eras.”

Leftist country band, The Gated Community, will be playing a set at Thursday’s event as well.

“The organizers thought that the old-time or country aspects of our band would resonate in a meaningfully historical way with the films,” vocalist and guitarist Sumanth Gopinath said.

While they’re a self-described “country band for the 99 percent,” The Gated Community’s work purposely delves into topics like gender fluidity and queer representation.

“I find it instructive and inspirational to see things that many people might associate with the present or recent past,” Gopinath said. “Such as fluid gender roles and performances, taking place much longer ago.”

The reorganization of how we perceive these gender roles is at the heart of the event. The goal is to simply contextualize and liberate early cross-dressing female cinematic heroes.

“Female masculines had much more room in mainstream American culture in the 1910s and 1920s,” Horak said. “More than they have had since perhaps up until recently.”

What: “Girls Will Be Boys: A Silent Film Program”