Council member Cam Gordon is reworking what qualifies as a staple food in City ordinance. 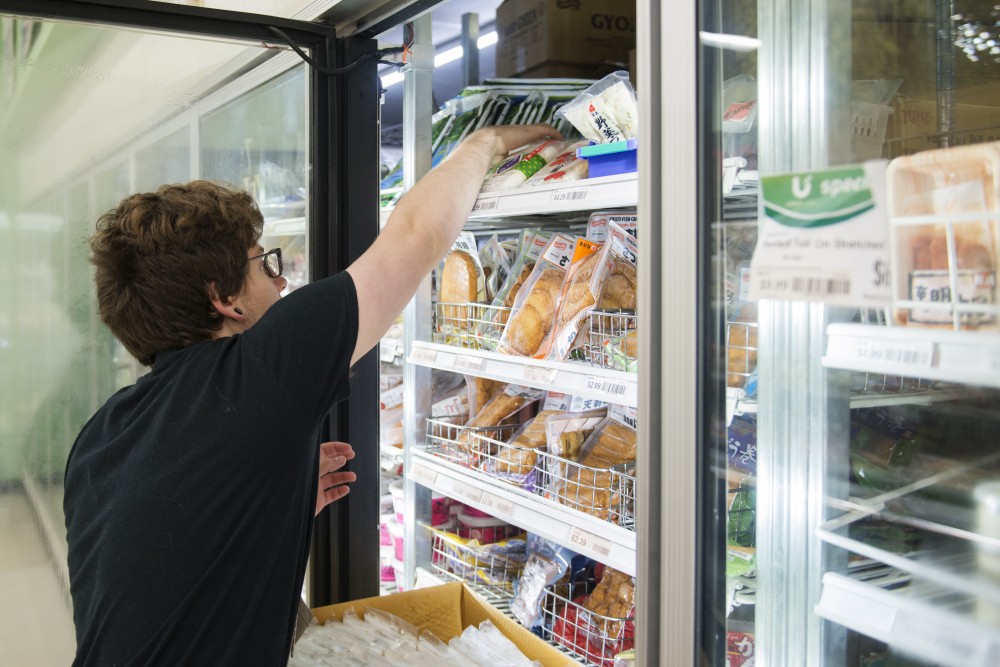 City officials are using University of Minnesota research to update a Minneapolis policy regulating the products carried by grocery stores.

The City rule, which requires grocery stores to stock certain amounts of produce, protein and dairy products to promote a well-rounded diet, was last updated four years ago and has received criticism for its focus on common American cuisine. Now, Ward 2 Council member Cam Gordon is looking to edit the list to accommodate diverse diets using research from the University.

Eight stores, including four small businesses in the University area have received citations for failing to comply with the staple food ordinance between 2014 and late June this year.

After hearing feedback from a small business owner that some stores feel no need to stock all of the foods mandated by the staple food ordinance, Gordon said he may revise the policy’s dairy and eggs requirements to allow stores more flexibility in what they choose to carry.

“You can get a balanced diet without eggs and dairy,” he said. Fung said he believes Gordon tried to craft the ordinance in a way that allows for culinary diversity, but it didn’t go far enough. He said he’d like to see the language requiring stores to stock cheese and cow’s milk removed.

“Ultimately, the aim of the staple foods ordinance was to remove food deserts in Minneapolis, which is a good cause,” Fung said. “However, the implementation of it was forcing all supermarkets to sell a certain diet that really only pertains to certain people in Minneapolis, particularly Caucasians.”

The policy also has trouble brands recognizing brands not common in the United States. United Noodles was recently cited by the Minneapolis Health Department for not carrying enough cereal. Fung said he was in compliance, but the inspector failed to recognize the product because the cereal he stocks comes in a different form than mainstream brands.

An amendment won’t be brought forward to the City Council until at least late fall. Gordon said he is awaiting the results of a Health Department and University of Minnesota study to inform his decision.

The Staple Foods Ordinance Evaluation study, created by University researchers, has been tracking the policy’s effects in small and nontraditional grocery stores since 2014. The primary purpose is to determine whether food environments in Minneapolis are becoming healthier using St. Paul as a control group, said Melissa Laska, the study’s principal investigator from the University’s School of Public Health.

Preliminary analyses show Minneapolis stores are stocking healthier foods since the ordinance passed, but St. Paul also shows a similar pattern. It’s not yet clear what is behind the change, but one possibility is that the ordinance encouraged chain stores with locations in both cities to provide healthier options, Laska said.

Laska noted that improving access to healthy foods is a complex process that needs a system-level approach beyond the ordinance.

“My opinion overall is that we need healthier food environments and that we need creative and innovative ways of making that happen,” Laska said.