The alt-rock royalty group delivered a two-hour set for the free lovers of 10KLF in Detroit Lakes last Thu. 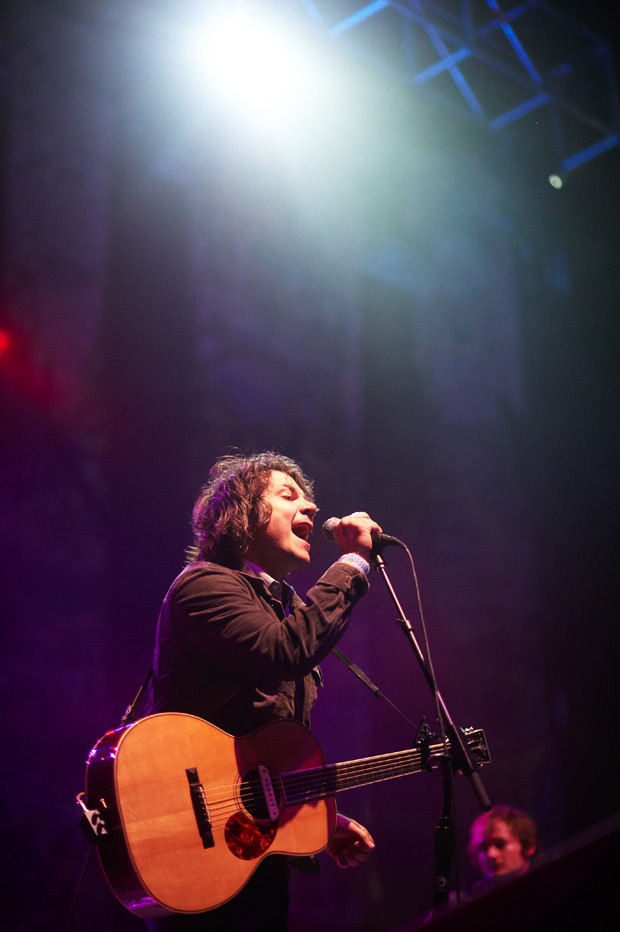 For a band that was once steeped in internal drama (see the 2002 documentary âÄúI Am Trying to Break Your HeartâÄù ) and recently coped with the death of former bandmate Jay Bennett, Wilco never seemed as tight or comfortable as they did in front of the sundrenched neo-hippies of the 10,000 Lakes Music Festival . The group, currently riding a wave of good press from their latest release âÄúWilco (The Album),âÄù swung by the Detroit Lakes countryside last week and absolutely wowed. As frontman Jeff Tweedy and Co. took to the massive festival stage promptly at 9:30 p.m., they wasted no time tearing into the favorites. The shaggy-haired, denim-jacketed Tweedy opened with LP âÄúYankee Hotel FoxtrotâÄôsâÄù âÄúI Am Trying to Break Your Heart,âÄù followed it up with âÄúSummerteethâÄôs âÄù âÄúShot in the ArmâÄù and then a poignant rendition of âÄúA Ghost is BornâÄôs âÄù âÄúAt Least ThatâÄôs What You Said.âÄù All three are fan favorites, and they span the groupâÄôs best âÄî but not necessarily most recent âÄî records. From there, the group tried a couple numbers from their last two records, and as manmade fog billowed and the sun dropped, one thing became increasingly clear: These guys are good. Aside from TweedyâÄôs earnestly plaintive songwriting translating perfectly live, guitarist Nels Cline was the real show stealer. Throughout the night, Cline sampled from a rack of six guitars and, trembling with intensity, absolutely shredded the hell out of them all. ItâÄôs almost as if the whole band leaves aside set time for Cline to embellish the songs with guitar theatrics âÄî but boy, does it work. Wilco was five songs in before offering a simple, âÄúHi, how are you?âÄù The rest of the set included more banter, including an ill-advised plea for the crowd to throw all their glow sticks on stage. That prompted Tweedy to take the mom role and promise, âÄúIf you stop throwing them now, I promise weâÄôll give them all back at the end of the set.âÄù The rest of the night saw the band dodging more sticks with some degree of annoyance, but the group remained in good spirits and got, perhaps, their most raucous applause when Tweedy suggested eating bugs gets a person high. Right crowd, right joke. The rest of the set featured an out-of-this-world âÄúSpiders (Kidsmoke)âÄù that ran well over 10 minutes, shifted tempos constantly and ended in anthemic fist pumping by the crowd. A no-B.S. version of âÄúJesus, Ect.âÄù and the spectacle of Tweedy playing guitar with his teeth on âÄúIâÄôm the Man who Loves YouâÄù were other standouts. At the end of the two-hour set, two things were clear: 1. Jeff Tweedy performs with an assemblage of world class musicians, and 2. The group balances their experimental indulgences with their pop sensibilities expertly. Both traits were on display at the Soo Pass Ranch last week, and the contingent of peace-and-lovers, older folks and hipsters on hand rightfully lapped it up.