Local glam-punk quartet make a splash on their debut album. 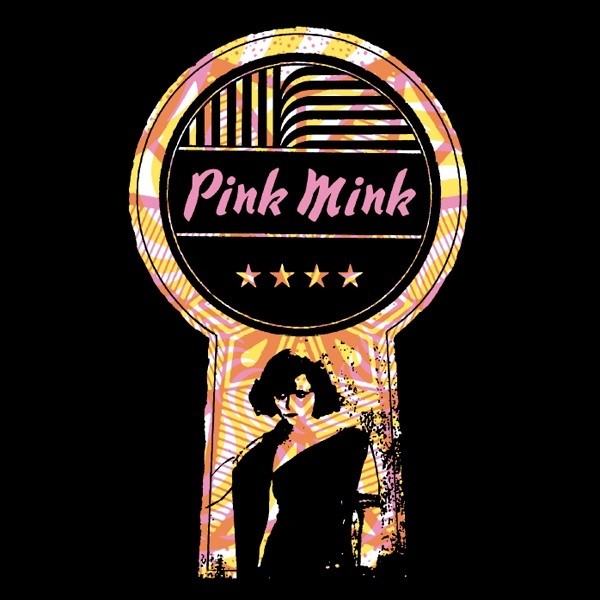 Pink Mink will be hosting their CD release show on a boat this Friday.

I remember the exact moment when Pink Mink won me over. It was a torrid summer night at the Kitty Cat Klub . Shortly after theyâÄôd launched into a cover of Them Crooked VulturesâÄô âÄúDead End Friends,âÄù the reason for all the feverish hype surrounding the band at the time had all of a sudden been laid bare.

It was a powerhouse performance; a glam-punk catharsis chock-full of incendiary guitar solos, Twin Cities homage and enough stiletto swagger to give Debbie Harry a run for her money. If you didnâÄôt know any better, you couldâÄôve sworn they were rock âÄònâÄô roll time travelers that had suddenly appeared after making a 20-year quantum leap into the future. It was clear they werenâÄôt just one of MinneapolisâÄô best new bands. They were the best new band. And they hadnâÄôt even released any recorded material yet.

Right out of the gate, the album doesnâÄôt bother pulling any punches. From the second the gnarled guitar riff sounds on the fiery opener, âÄúBlack Door,âÄù itâÄôs clear that the groupâÄôs charisma isnâÄôt limited to their live shows. Sharing vocals, the charismatic frontwoman Christine Hunt and guitarist Arzu Gokcen act as the driving force behind Pink Mink. But thatâÄôs not to say the bandâÄôs rhythm section is comprised of entry-level performers either. HuntâÄôs husband Charles GehrâÄôs savage drumming carries each track, moving them along at a breakneck pace alongside Jacques WaitâÄôs pulsating bass grooves.

Produced by Wait, Pink MinkâÄôs debut is a potent mix of raw power that shines with top-tier production and accomplished songwriting. From the bluesy murk of âÄúWerewolf IslandâÄù to the surf-punk bounce on âÄúEarthquake on the Loose,âÄù itâÄôs an album that sounds as polished as it does raucous and channels the bustling heyday of local icons like the Replacements and HÃ¼sker DÃ¼. There are even numerous nods to Twin Cities denizens and landmarks like Scott Seekins, Hidden Beach and a superb cover of the ReplacementâÄôs delinquent anthem, âÄúKids DonâÄôt Follow.âÄù

But Pink Mink has its tamer moments too.

âÄúEnd of the World DelightâÄù is a sweetly nostalgic throwback to âÄô60s girl pop packed with innocent references that find Hunt reminiscing about everything from John Waters movies to redheads and slumber parties. And on the far less glamorous âÄúGhost Bike,âÄù HuntâÄôs woeful croon soars over a towering wall of noise that builds its way toward a rousing chorus. It all amounts to something that seems like itâÄôd resonate with more Hole fans than spiky-haired punk runts.

Pink MinkâÄôs debut succeeds partly because it works on so many different levels. Clocking in at just less than 40 minutes, itâÄôs a blistering run with plenty of spirit and snark that never lets up along the way. Considering the band has established their reputation solely through live shows up until now, the albumâÄôs release is sure to broaden their fan base. And for those whoâÄôve already been won over, itâÄôll be nice to finally be able to sing along with some of the songs.