The plan, presented at the White House, aims to keep students who get the Pell Grant at the University. 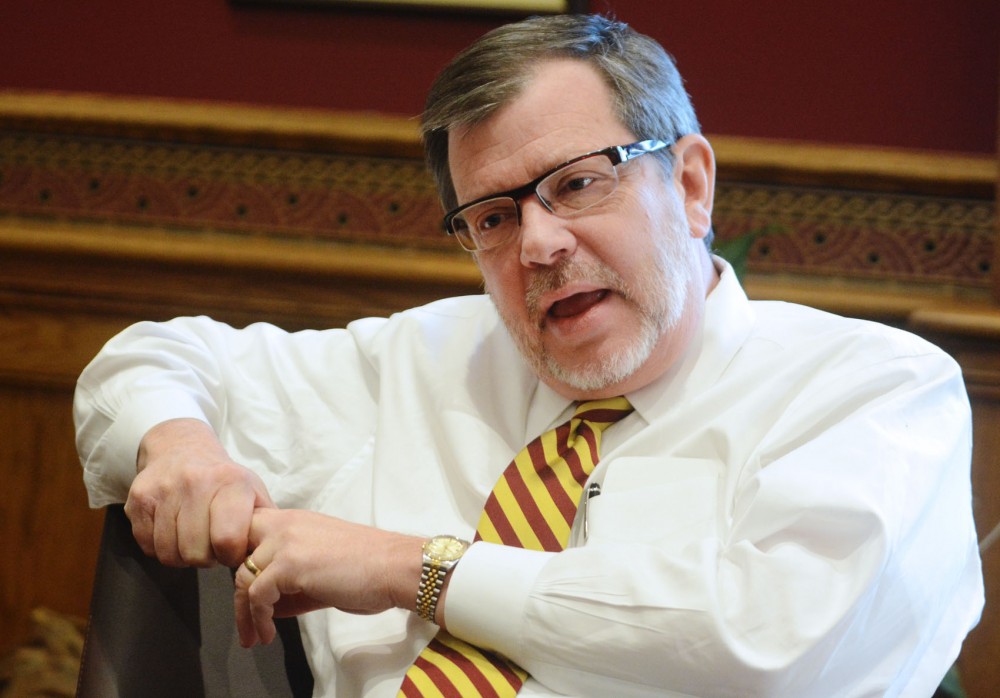 The initiative, called Retaining all Our Students, is expected to be fully implemented by fall 2016 and will focus on financial literacy, summer programs, increased advising and peer tutoring for Pell Grant recipients.

“We intend to lower the barriers for low-income students to attend the U and obtain their degrees,” Kaler said in a University press release. “This is about changing their lives by helping to set their career paths in motion.”

He presented the plan at a White House college opportunity summit hosted by President Barack Obama and First Lady Michelle Obama. The event included other college and university presidents and community leaders.

The initiative focuses on Pell Grant recipients. Nearly 8,000 undergraduate students on the Twin Cities campus received the grant in 2013.

First-year retention rates for Pell Grant recipients at the University are slightly less than 87 percent — about 3 percent lower than the rate for all incoming freshmen, according to the news release.

Bob McMaster, vice provost and dean of undergraduate education, said the University’s invitation to the White House event pressured school officials to examine how the institution could improve its efforts to retain low-income students. His office will implement the plan, which he said will cost about $100,000 per year for three years.

“It was a great opportunity for us to put our heads together and work with [Kaler] in building these four initiatives,” he said.

The plan follows the launch last summer of the President’s Emerging Scholars Program, which was designed to admit and give scholarships to low-income students. About 500 students are currently enrolled in the program.

The PES program offers students peer mentoring, professional advising and other opportunities to help them succeed at the University.

Last summer, the PES program offered an optional workshop for incoming freshmen to familiarize them with the University. Because of the new plan, it will now be mandatory for all incoming freshmen who are Pell Grant-eligible to participate in the summer seminar, McMaster said.

“I felt ready and prepared for college,” she said.

Before she was placed in the program, Simon said, she didn’t think she could afford to attend the University.

“It was that extra little step that really got me to go to the University,” she said.

To increase financial literacy among Pell Grant-eligible students, OneStop Student Services is working to improve the 2008 Live Like a Student campaign, which aims to help students better understand the cost of college and help them find jobs on campus.

At Thursday’s event, Michelle Obama acknowledged the University for its work in helping students understand the cost of attending the institution.

“Every school offers financial aid services, but listen to what the University of Minnesota is doing,” she said at the conference. “They’re committing to expand those services to include financial literacy programs to help students and their families manage the costs of college.”

He said it’s critical the University pays attention to its retention rates, especially for low-income or first-generation students.

“We make a huge investment in our students,” he said, “so it’s just a terrible, terrible loss for the University when a student leaves in that first year.”