Weezy blasts off into space

Lil Wayne’s latest, “I Am Not a Human Being,” is an extraterrestrial success. 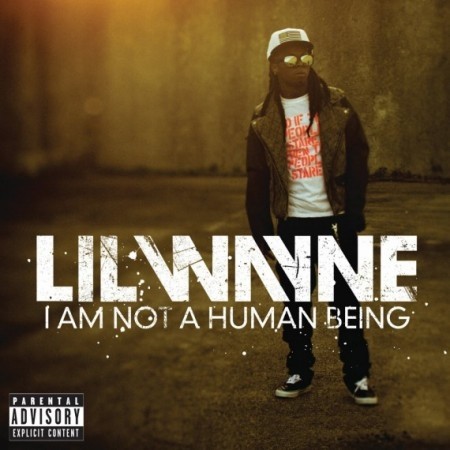 Wait a minute ... that's not an orange jumpsuit.

How do rappers release material from jail? T.I. did it, DreâÄôs done it and now Weezy has the gall to drop a full album. His newest follows the themes of his past works: Mainly that Weezy does not consider himself a member of the collective group known as human beings.

A huge gasp of fresh air after the poorly conceptualized âÄúRebirth,âÄù Lil Wayne returns to form, presenting his best album since âÄúTha Carter III.âÄù While the album also features guitar riffs, theyâÄôre used to construct the beats, instead of the driving force of the songs.

ItâÄôs much more effective than âÄúRebirth,âÄù which left listeners confused as to what Wayne was trying to be. In âÄúI Am Not a Human Being,âÄù Wayne sticks to what heâÄôs best at: Being the biggest rapper in America.

The album opens with a song about, well, STIs. âÄúGonorrheaâÄú features Drake and Wayne rhyming over a drum-heavy beat filled with sound-bending effects. As for the lyrics: Yes, diarrhea does rhyme with gonorrhea. This song is obviously for the ladies. Despite the seventh-grade toilet humor itâÄôs one of the standouts of the album. Both Drake and Wayne arenâÄôt messing around with this one, even if there is a reference to âÄúTwo Girls, One Cup.âÄù

The title track, âÄúI am not a Human BeingâÄù has the most original beat of the entire album. Blasting 808s and a heavily distorted guitar sound like something that would be more likely found on a CrookersâÄô album than that of a mainstream rapper. Wayne does not make the mistake of trying to sing a melody line on this one. Instead, he succeeds where rap-rock typically goes wrong âÄî by treating it like rap. His screaming drawl becomes more and more frenetic as the song continues, until heâÄôs making almost non-human noises. ItâÄôs fitting that the final line is a heavily altered, âÄúI am not a human being.âÄù

Guest verses also make up a large part of the album, many of them featuring artists from WayneâÄôs Young Money crew. Nicki Minaj, Drake, Gudda Gudda, Tyga and Jay Sean all get their turn. For the most part the features complement the album well, but Jay SeanâÄôs hook in âÄúThat AinâÄôt MeâÄú is typical R&B crooning that has been done better many times before. Nicki MinajâÄôs chorus in âÄúWhatâÄôs Wrong With ThemâÄù also doesnâÄôt fit well with the hard-edged feel of the album. The smooth sounds of the two just donâÄôt compliment the aggressive nature of âÄúI Am Not a Human Being.âÄù

Drake does however stand out multiple times on the album. He immediately comes in to fight on the first single, âÄúRight Above It.âÄú He and Wayne trade rhymes over a strong trumpet sample that gives the track a haunting, but inspirational feel. ItâÄôs a song that deserves radio airplay, which, sadly, it probably will to the point of saturation.