The sophomore quarterback led the Gophers in pass yards this season. 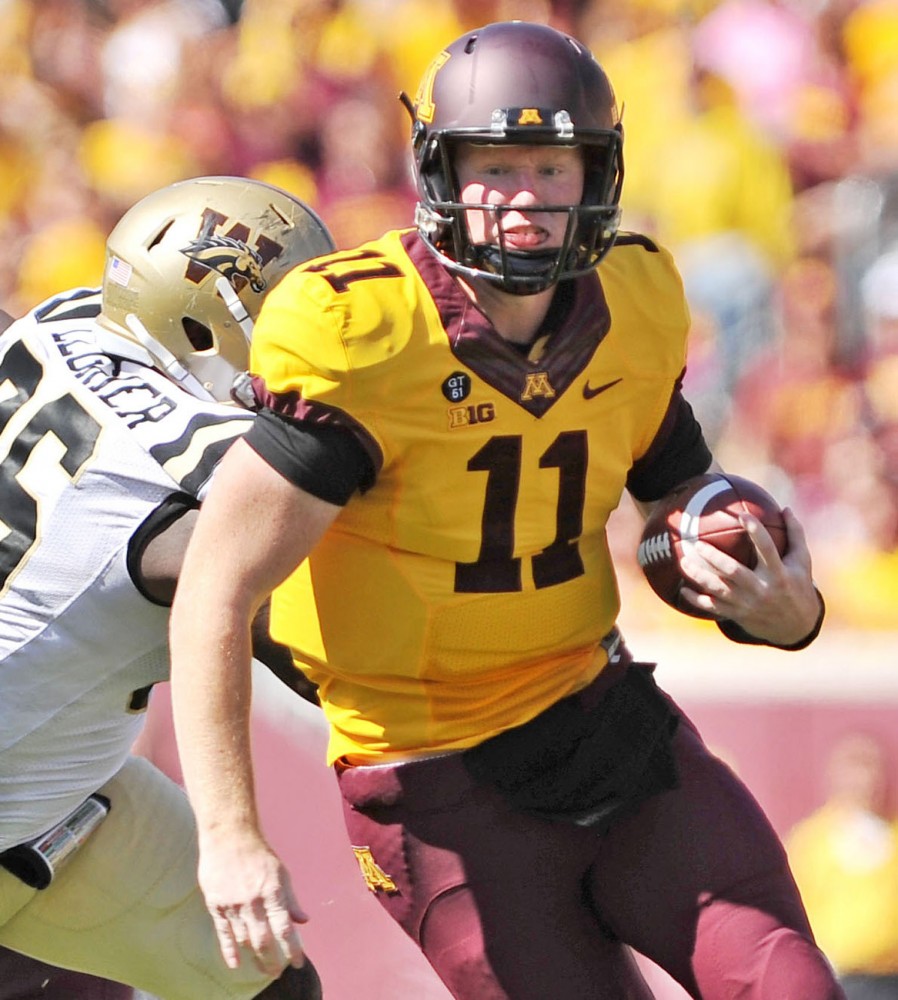 Shortell will not be with the team when it competes in the Meineke Car Care Bowl of Texas on Dec. 28, a team spokesman confirmed.

“Max is an outstanding young man, and I respect and understand his decision to transfer,” Kill said in a statement. “I will help him in any way I can and wish him all the best as he continues his education and football career elsewhere.”

Shortell started five games in two seasons at Minnesota and played in 15 games total. This season, he leads all Gophers quarterbacks with 853 yards passing. But he was benched midway through the season in favor of freshman Philip Nelson, who has started the Gophers’ last six games.

“Thanks to all the Minnesota people that supported me,” Shortell tweeted Tuesday. “I loved it here, hate to leave, but [it’s] my best option. Best of luck to gopher nation.”

The 6-foot-6-inch redhead debuted for Minnesota in its 2011 season opener. After replacing an injured MarQueis Gray, Shortell led a furious rally against Southern California. But the Gophers ultimately fell short 19-17.

He started a pair of games in 2011, both Minnesota losses. In 2012, Shortell again replaced an injured Gray and threw three touchdown passes in a 28-23 win over Western Michigan in week three.

Shortell started against Syracuse the next week and guided the Gophers to a 17-10 victory, which gave Minnesota its first 4-0 record since 2008. He lost his next two starts, however, before Nelson replaced him. Shortell is more of a traditional pocket passer, and Kill’s run-heavy offense is better suited for a mobile quarterback like Nelson.

Freshman quarterback Mitch Leidner, who is redshirting this season, will likely back up Nelson next season.