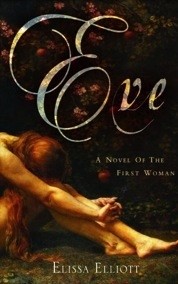 âÄúEve: A Novel of The First WomanâÄù AUTHOR: Elissa Elliott PUBLISHER: Random House PAGES: 419 PRICE: $24 The Old Testament is ripe with possibility for fan fiction. With more material to draw from than âÄúStar WarsâÄù and âÄúStar TrekâÄùcombined, The Bible part one is chock full of intrigue and scandal. Murder, incest, seduction, transfiguration, snakes, forbidden fruit, banishment and bigamy; the list goes on and on. Yet, it is dangerous territory to try to write a work of fiction out of the most well-known book on the planet. Fiction written out of biblical texts exists in the same way that covers of Beatles songs do: People will always wonder, âÄúWho are you kidding?âÄù Thankfully, Elissa ElliottâÄôs debut novel recounting the life of Eve does not fall short of the mark but, instead, approaches it with grace and originality. âÄúEveâÄù exists somewhere between the Genesis-like magical history of Gabriel MarquezâÄôs âÄúOne Hundred Years of Solitude,âÄù and Ann CarsonâÄôs cryptic and mythical âÄúAutobiography of Red.âÄù The story, which recounts the birth of humanity from Eden through the death of Abel to the end of Adam and Eve, is retold from the point of view of Eve, as well as her three daughters. A balance of ingeniously woven prose, anthropological history and biblical text, âÄúEveâÄù is carried along with the help of ElliottâÄôs sensual and evocative voice. The allegorical universality of the book of Genesis becomes a treatment on womanhood, good and evil, faith, maternity and the inherently fragile nature of humanity. The story of the first humans is a lot like the first seasons of âÄúLostâÄú: itâÄôs steamy, and there are even âÄúothersâÄù in the form of a non-Israelite civilization the family comes in contact with. âÄúEveâÄù will leave readers racing to discover an end already known. The tragedy of âÄúEveâÄù is truly Shakespearean, a tragedy already familiar and understood. The appeal then becomes the telling, the journey up to that point and the parts invented. Luckily, ElliottâÄôs craft is up to the challenge. The idea of the novel may be the initial draw, but it is the authorâÄôs writing which will keep your faith until the end. Now, if only Sunday service could be this interesting âÄ¦