Golf teams to trade youth for experience next season

After showing improvement in the spring, golf teams are optimistic about the future. 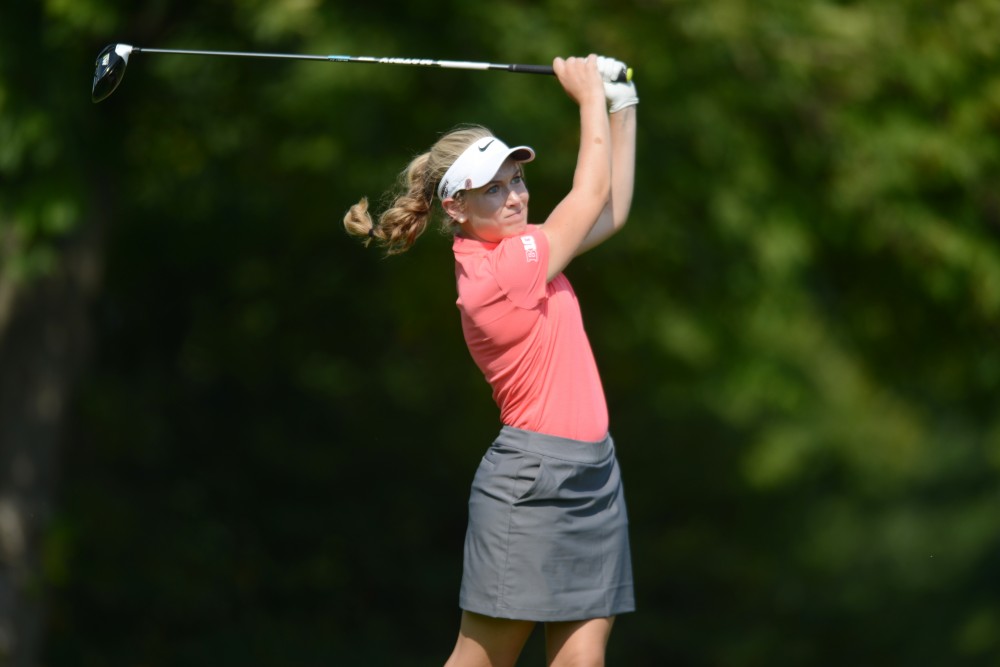 With the opening of the new golf facility on St. Paul campus, the golf teams felt like they had a chance to get better over the spring season. That turned out to be exactly the case.

Making good use of their new home, both the men’s and women’s golf teams turned in some of their best performances this spring. Despite ninth- and 10th-place finishes at their respective Big Ten Championships, both teams have reasons to be optimistic moving forward.

“They became a lot more experienced this year,” said women’s head coach Michele Redman.  “We have three freshmen coming in next year … and I think that [experience] will help them. It’s going to be a lot more competitive.”

In addition to the newcomers, Redman’s team will return the majority of its key contributors from last season. Her lineup featured sophomores Joanne Free, Grace Kellar and Kate Lillie along with freshman Karen Zhang in all five spring tournaments.

Lillie in particular showed signs of growth this spring, posting a stroke-average of just over 75 after shooting an average of exactly 76 in the fall. Kellar will return after leading the team in stroke-average for the year at 74.31. Kellar said she is looking forward to playing with the other members of the current sophomore class for two more years.

“It’s very exciting,” Kellar said. “Most of us will be here in Minnesota this summer so we can work over the summer together. I think as a team we’ll just be able to build confidence within each other.”

Senior Muyu Wu will graduate after an impressive career at Minnesota. She led the team in two categories: spring stroke-average and top-10 finishes with two. She also tied a school record with an opening-round 66 on February 18. Her career scoring average of 75.75 ranks fourth in program history.

Next year, the men’s team will see even more of its core return than the women’s team, as every member of their Big Ten Championships lineup will return. Of that group, junior Thomas Longbella was the only upperclassman.

Freshmen Lincoln Johnson and Harry Plowman-Ollington made their debuts at the conference tournament in their first seasons, and sophomore Evan Long competed for the second time. Minnesota held the lead after 36 holes, but a final-round 304 (+24) dropped them to ninth place.

“It was disappointing the way it all finished but we needed that,” said men’s associate head coach Justin Smith. “From a group of guys that have won junior tournaments but haven’t done it at this level, sometimes you have to fall on your face a little bit to come out ahead in the long run.”

Sophomore Angus Flanagan did not struggle in the Big Ten Championships’ third round. Instead, Flanagan tied for first place among individuals at the tournament. That finish qualified Flanagan to compete in a NCAA Regional Championship as an individual.

“He’ll be that rock for us even more so when the team gets [to a Regional Championship],”  Smith said. “He’ll be able to offer up that knowledge and expertise for what it takes in that environment.”

This year, Flanagan shot 10 rounds under par, twice as many as any of his teammates. His stroke average of 71.59 ranks as the third-best season in program history. For his outstanding play, Flanagan was named to the All-Big Ten Second team.

“I’ve got a good plan … it seems to be working at the moment, so why change something that works?” Flanagan said.