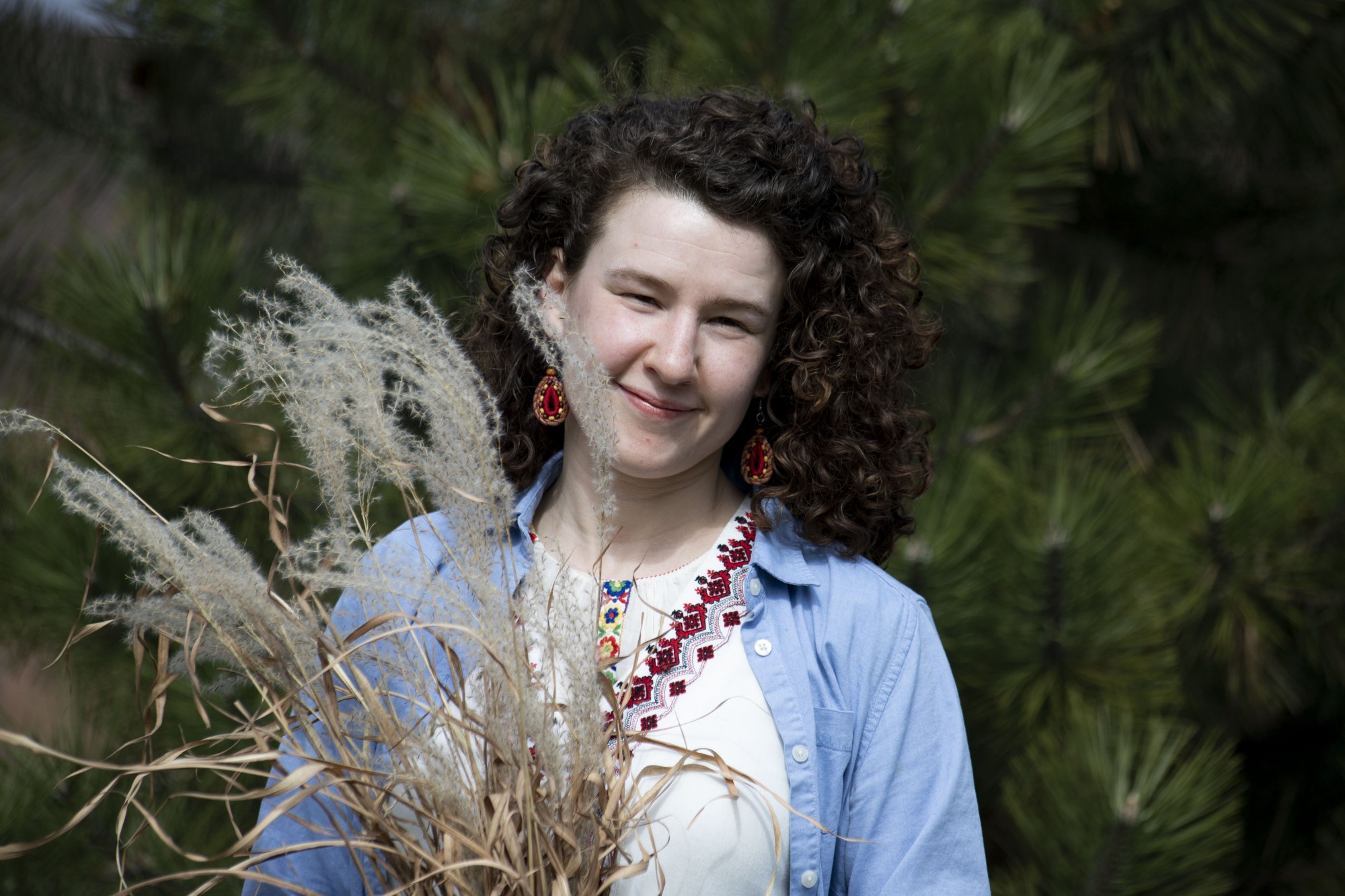 Sarah Larsson poses for a portrait on Sunday, April 6. Larsson says, “I sing traditional music as a way to access part of my history. I can’t ask my great-grandmothers what it felt like to be a young woman in Poland, but I can channel some of those stories in these songs.”

The Nightingale Trio’s rehearsals have always been remote — and not just from one Twin Cities neighborhood to the next — but states away.

When they do come together, whether it’s in Minnesota, Texas or California where they each reside, the three women sweetly serenade sounds of traditional Eastern European folk music to listeners across the globe.

Sarah Larsson, a member of the trio, first heard the folk music as an undergraduate at Yale University. The Yale Slavic Chorus drew her in and introduced her to both the culture and two of her best friends, Rachel LaViola and Nila Bala. Since 2013, the trio has collaborated on three albums together. Their newest project, “Love Songs,” was released on March 19.

“[Seeing the chorus] was truly one of those life-changing moments,” said Larsson, who lives in Minneapolis. “Singing this music has always been about how inherently beautiful it is and the connection to a lineage of culture that has been carried to this side of the Atlantic.”

Eight months after graduating from college, Larsson, LaViola and Bala met again at a Balkan music festival in New York, where LaViola asked, “If I find a few gigs for us in Dallas to cover the cost of your flight, will you come visit for a singing weekend?”

They quickly chose the nightingale as their namesake because of its significance in Eastern European folk songs and stories. Then, after booking some gigs in Dallas, the trio found their rhythm.

“People really wanted to hear us and were wondering when we were going to be back since they just assumed we all lived in Texas,” LaViola said. “So we thought, if it works, why don’t we keep doing this until people just don’t want to hear us anymore?”

The trio emphasizes and recognizes the history that each of these folk songs represents by looking to educators for guidance and inspiration. They’ve learned from numerous experts on the topic, from scholars to elders, as they try to help keep centuries-old traditions alive.

“A huge part of traditional folk music is that these songs are meant to be sung together,” Larsson said. “What we’ve heard from our teachers is that some of these songs might be women’s main outlet for self-expression.”

On “Love Songs” and the albums that came before it, they’ve commissioned women artists, arrangers and composers to personalize the songs for the trio’s voices. The Nightingale Trio’s music pays homage to the women who came before them and those who will come after them.

“So often I see a lot of groups that will put these songs together with their choir without doing too much digging into the origins of them,” LaViola said. “I don’t blame them because these songs are beautiful, but there’s really a lot lost there. So much of this is rooted in the actual ancestry. It really informs how you sing the music.”

All of the songs are sung a cappella, focusing on the pronunciation and the meaning of the Slavic words.

“There is a lot of ornamentation, vocal trills and slides that aren’t really common in Western music,” said Elena Georgieva, who produced some of the tracks on “Love Songs.”

The songs on their newest album were recorded and rehearsed “lovingly across miles and years,” according to the description the group wrote for the album. While these folk tunes may have been passed down by generations for hundreds of years, Larsson believes they still hold relevance to the modern listener.

“I think people are really thirsty for that type of relationship with the past and with history,” she said. “And I think this music can really help open that door.”