Ben Elliott and Doug Parisano have shared a special bond since a bone marrow transplant in 2013. 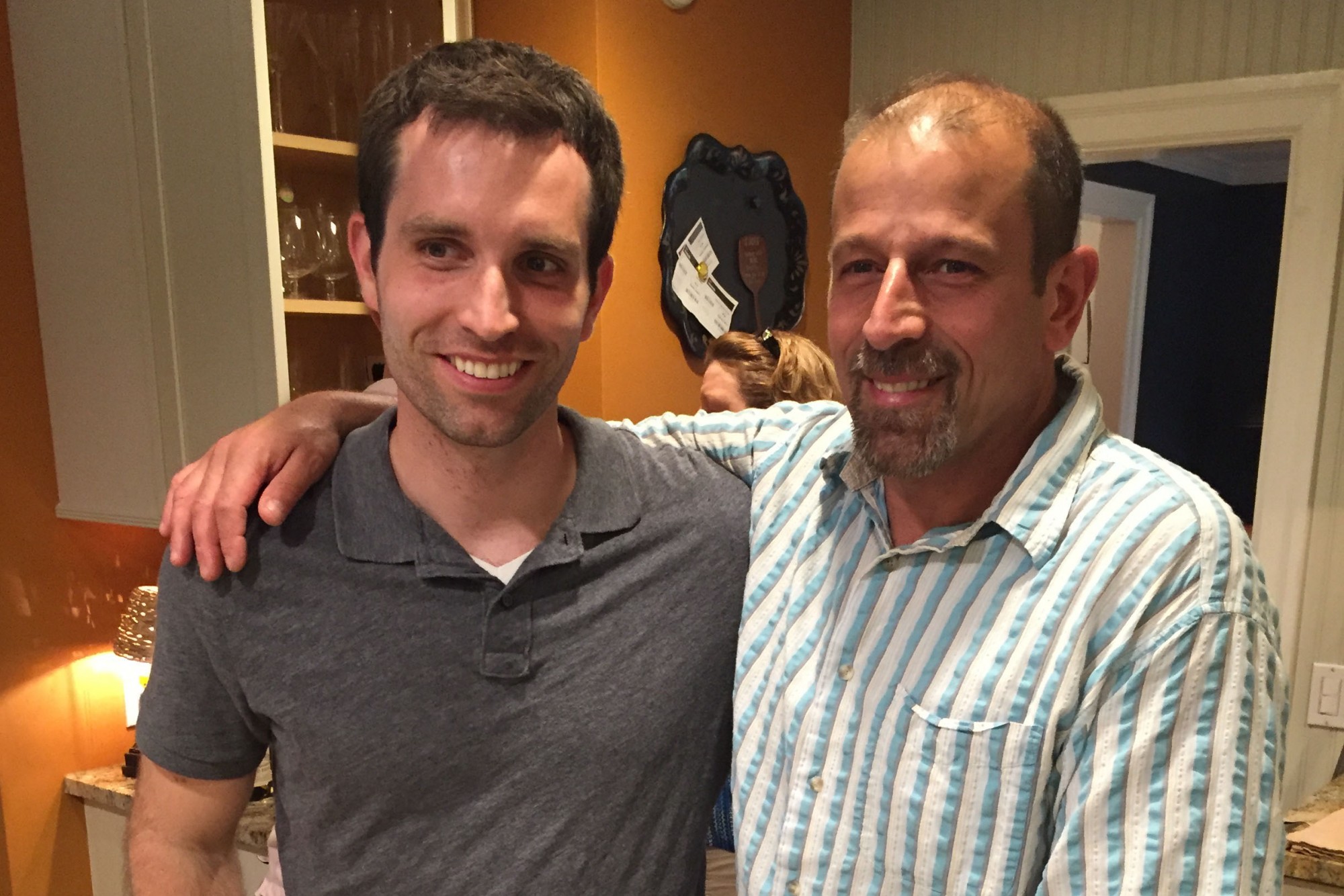 When Minnesota and Penn State meet on the gridiron this weekend, it will be the second time in 45 years that two undefeated Big Ten teams have met this late in the season.

TCF Bank Stadium seems like an unlikely venue to host such a contest, as the Gophers have not started a season 8-0 since 1941. However, the series of events that has brought together Ben Elliott and Doug Parisano, who will be sitting together in the stands on Saturday, is perhaps even more improbable.

Their story begins seven years ago, when Elliott and his wife, Gina, were on vacation with friends. On the trip, another couple told him that the most tangible wedding gift they could receive was if, instead of a physical item, others signed up with Be The Match, a Minnesota-based marrow donor program, a wish Elliott took to heart.

Inspired by friends whose families had been affected by blood cancer, Elliott didn’t hesitate to join the program. That choice came as no surprise to his wife, but what followed was less expected.

“When he first signed up it wasn’t [a] surprise because it was just so easy,” Gina Elliott said. “It was a quick little swab of the mouth, and then he was part of the registry. So it seemed like it was a no-brainer. But I think when he actually got matched it was like, ‘Oh, wow. This is a really big deal.'”

Unbeknownst to Ben and Gina, Doug Parisano was living far away from the Twin Cities in Paoli, Pennsylvania, a half hour west of Philadelphia. At the time, Parisano was suffering from a constant pain below his rib cage and shortness of breath. Blood tests revealed his white blood cell count was significantly higher than that of a normal person.

From the results, Parisano’s doctor believed he had leukemia, a form of cancer in the body’s blood-forming tissue. After consulting with a specialist, he was prescribed a medication that required a monthly copay of $5,000.

“It was pretty sobering,” Parisano said. “I had to pay that first one, which my sister was kind enough to help me with, because I did not have that kind of cash at that moment in my life.”

After 10 months on the medication, further testing revealed a mutation in which Parisano’s eighth chromosome was beginning to duplicate itself. A different medication then drove his white blood cell count too low, at which point his sister Stephanie referred him to a specialist at the University of Pennsylvania who concluded Parisano required a bone marrow transplant.

Parisano was registered with Help Hope Live, an organization in Pennsylvania that provides individuals with financial assistance for medical expenses. Collaborating with Be The Match, the organizations found a blood marrow donor for Parisano. That donor was Ben Elliott.

“They told me they had a complete and total match,” Parisano said. “Ben not only was a match 10/10 but also had never had HPV. Apparently most people have had that, but he was a zero on that, and I was a zero as well so it was literally a perfect match.”

On Jan. 25, 2013, Parisano underwent a procedure to replace his bone marrow with Elliott’s donation.

Convinced he was doing the right thing, Elliott never wavered in his determination to donate. The whole time, his pregnant wife was by his side.

“There was a lot of emotion in knowing that Ben needed to be at his best,” Gina Elliott said. “And feeling his best as possible and healthy as possible to make sure we were in good shape.”

The operation proved successful, at which point Parisano was put on the path to recovery. In July of that year, Parisano finally returned to work.

After a year passed, both men opted into meeting each other. Neither knew what exactly to expect when they exchanged their first emails. Over 1,000 miles separated the two of them yet, due to the operation, they shared the same DNA. Upon getting to know one another, they discovered they, in fact, had a lot in common.

“Turns out we look a little bit alike,” Parisano said. “We’re about the same height, dark hair, dark eyes, although he’s much younger than myself.”

The Elliotts first met Parsiano’s sister Stephanie when she traveled to Minneapolis for a business trip, but Ben and Doug didn’t meet in-person until about three years ago, when Ben and Gina traveled to Philadelphia. At that point, they were introduced to Parisano’s family. Ever since, both men have kept in contact and their relationship has strengthened.

“I’m also an only child,” Elliott said, “So I find it kind of ironic that I now have a sort of ‘blood brother.'”

For a while, the two discussed Parisano coming to the Twin Cities to visit the Elliott’s home, a visit which will take place this weekend.

The timing was perfect for the two as the Elliotts’ alma mater, Minnesota, will be hosting Penn State in football. Elliott said that they chose this occasion after seeing many social media posts of Parisano with his fiancée, Wendy, attending Penn State football games. Wendy, a Nittany Lions super fan who has been attending games since she was old enough to walk, adopted Parisano into the Penn State fandom when they began dating five years ago.

“When we made the plan, we thought it was just going to be something mutual to share in and have a little rivalry over. But now it’s actually important to both teams,” Elliott said.

While the football game is the occasion around which they planned the visit, both parties have plenty to be excited about this weekend. The Elliotts plan to take Parisano for Juicy Lucys, show off Surly Brewing and attend church at the Basilica of Saint Mary. Parisano says he can’t wait to meet Ben and Gina’s youngest child, Griffin, with whom Gina was pregnant when she visited Philadelphia.

“We’re making plans to show [Parisano] a great time here,” Gina Elliott said. “But mostly just to show him our Gopher pride. We’re undefeated and looking forward to this game ahead.”