Peterson tore her ACL in March during Minnesota's trip to Italy. 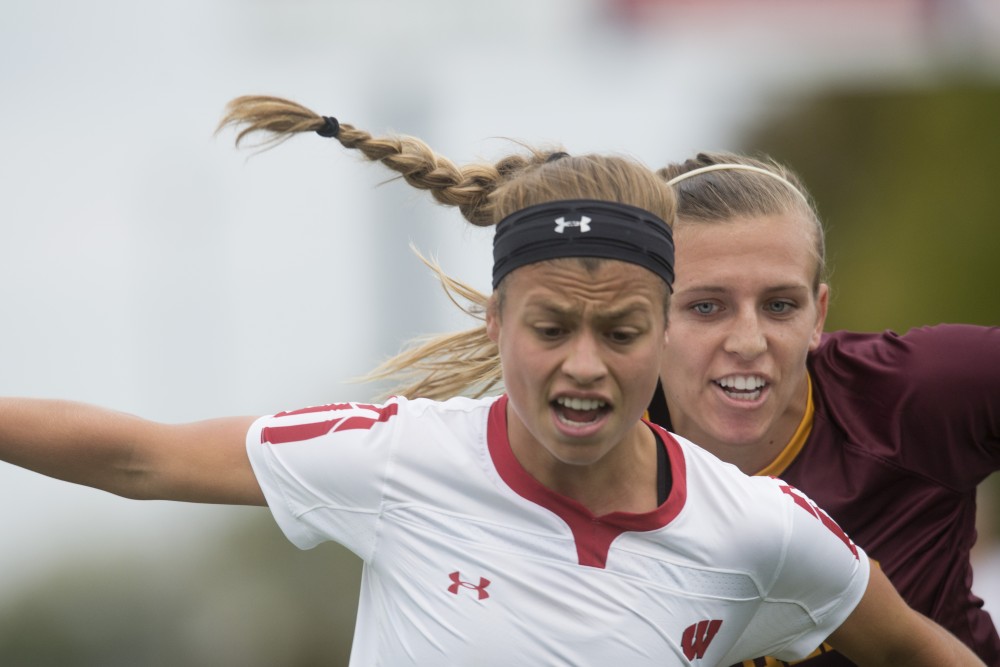 Defender Emily Peterson expected to have the time of her life when Minnesota traveled to Italy in March. In addition to playing soccer, she hoped to eat gelato and pasta near Roman ruins.

Instead, the focal point of her trip was an injury she suffered on the field on March 13. Peterson tore her ACL, a common injury in sports such as soccer and baseball.

Gophers assistant athletic trainer Sarah Wambheim said the amount of time it takes for an athlete to recover from an ACL tear varies by sport.

“With women’s soccer players, [doctors] like to wait eight to nine months until they return to full, unrestricted activity,” Wambheim said. “The amount of reacting [and] cutting plays a larger factor into the chance of them re-tearing their ACL or tearing it prematurely post-surgery.”

The first thought Peterson had when she visited Minnesota’s team doctor was to look at Minnesota’s schedule and the short-term timeline. The doctor told her she would be out for eight to nine months. That’s when Peterson decided to make a plan.

“I always kept an optimistic mindset of coming back at six months,” Peterson said. “But I didn’t want to set myself up to be disappointed. I did everything I could, and did everything the doctor told me to do.”

Peterson missed Minnesota’s first seven matches of the season. She returned to the starting lineup on Sept. 14 against Illinois.

Head coach Stefanie Golan said Peterson’s recovery reinforced what she knew about the player before her injury. “She is resilient,” Golan said. “There wasn’t a day that she took off where she felt sorry for herself.”

“Not once did we ever struggle with her mentally coming back,” she said. “She was very motivated the entire team. She didn’t need much external motivation to get her through. It all came from within.”

Peterson returned to the starting lineup for good on Sept. 20 against Michigan State. She has played 570 minutes this season.

Defender Marisa Windingstad said Peterson’s recovery inspired her. “Her comeback story is unlike anything I’ve ever seen,” Windingstad said. “It’s taught me that anything you set your mind to, you can make it happen and that no adversity is too large to overcome.”

Through her recovery, Peterson said coping with adversity is important marker for an athlete’s success.

“When you hit adversity, it challenges you and it forces you to find news ways around things,” she said. “When everything’s going your way, you’re stuck in this routine that adversity gets you out of and makes you problem solve. It teaches you different things in life and different lessons. It shows you how strong you really are.”