A career-high 32 points from Daniel Oturu was not enough for Minnesota. 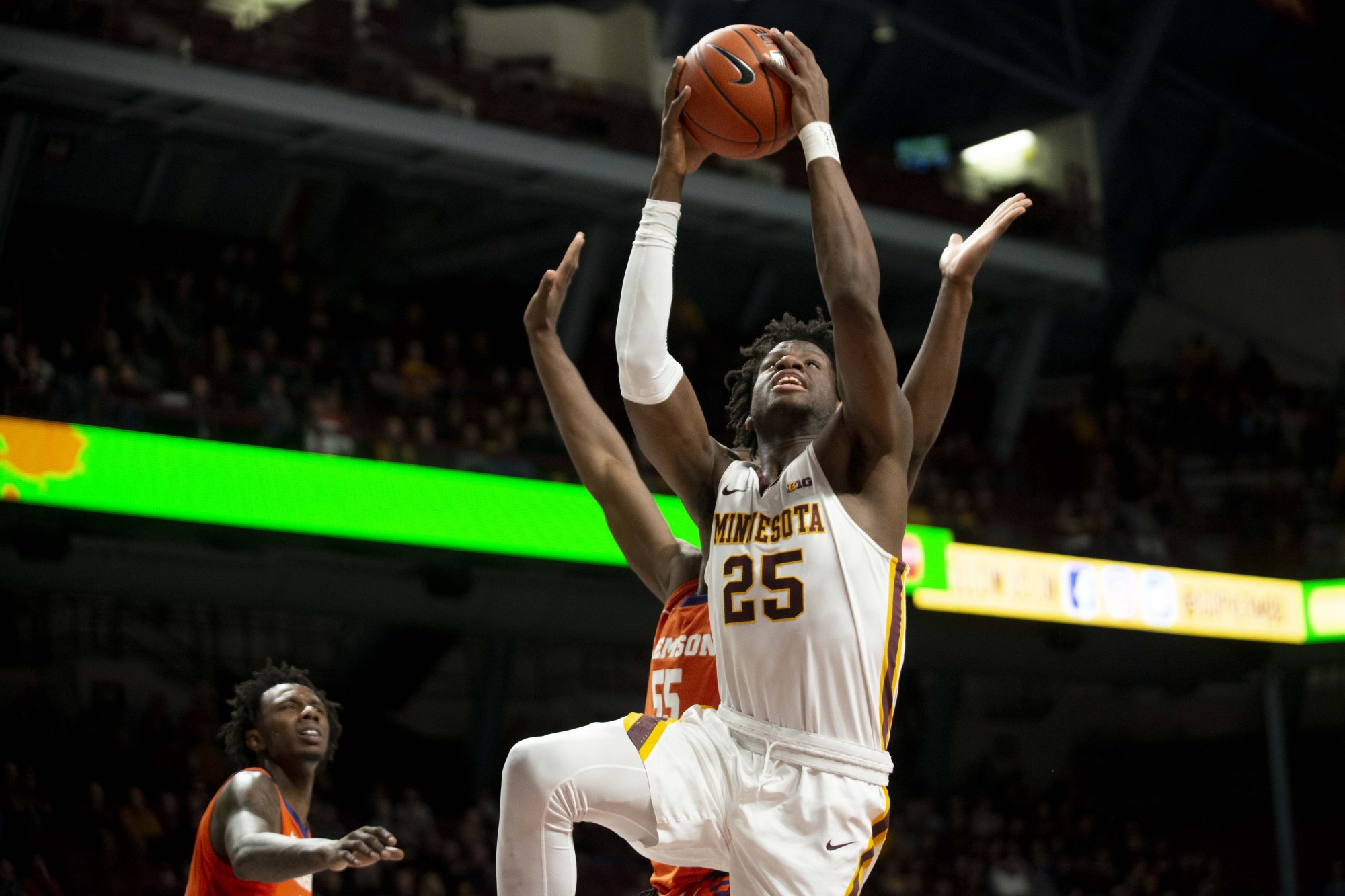 Center Daniel Oturu does a layup at Williams Arena on Monday, Dec. 2. The Gophers defeated Clemson 78-60.

Fresh off of a dominant performance against Wisconsin on Wednesday, Minnesota had another chance to climb the standings in the Big Ten with a victory on Saturday. Although the final score would suggest the momentum carried over on offense, in reality the Gophers required a frantic second-half rally to avoid a blowout loss.

After scoring 22 points in the first half, Minnesota (12-11, 6-7 Big Ten) received a career game from sophomore Daniel Oturu, but could not complete the comeback against No. 22 Penn State (18-5, 8-4 Big Ten). The Gophers fell 83-77 as a 19-point deficit proved too challenging to overcome.

“Obviously, love the fight but hate the fact that we were down 19,” head coach Richard Pitino told the Gophers Radio Network. “Penn State is a good team, they were playing really well, but we have to be better than that.”

Heading into the Saturday afternoon showdown, Minnesota knew it would have to contend with a hostile environment. Penn State was playing in front of its first sold-out home crowd since 2011. The Nittany Lions fed off the enthusiasm of their fans early, jumping out to an 11-4 lead.

Oturu scored six unanswered points to cut Penn State’s lead to 11-10 before the Gophers surrendered consecutive 3-point shots to the Nittany Lions. From there Penn State controlled the first half, getting 17 points from senior Lamar Stevens and ending the half on a 15-6 run to take a 36-22 lead at intermission.

What limited offensive success Minnesota had early came from Oturu, who scored 14 points on 5-12 shooting in the first half. No other Gopher made more than one field goal before half time. The team particularly struggled from long range, missing all seven of their first-half 3-point shots.

At the first media time out of the second half, Minnesota was facing long odds. Penn State opened the period with a 9-3 run to take a 47-28 lead. The Nittany Lions were quickly in the bonus and Gophers sophomore Gabe Kalscheur was on the bench with four fouls.

“I just thought we stepped up,” Pitino told the Gophers Radio Network. “We said, ‘Now we have to go make some big plays.’ We’re not scared to attack.”

Over an 11:04 stretch, Minnesota leaned on Carr and Oturu to outscore Penn State 40-24. With 4:48 remaining, Kalscheur rattled home a 3-point shot that brought the Gophers within one possession, making the score 71-68.

“Marcus put us on his back briefly there and Daniel did some great things,” Pitino told the Gophers Radio Network. “But when we needed to make a play, whether is was making the front end of a one-and-one or getting a stop, we didn’t do it.”

With the game hanging in the balance, the teams both turned to their best players, Oturu and Stevens. The two big men were assessed offsetting technical fouls for a verbal confrontation in the teams’ first meeting of the season but on Saturday, they brought out the best in each other.

Oturu finished with a career-high 32 points to go along with 16 rebounds, but it was ultimately not enough. Stevens also posted a career-high with 33 points, scoring seven in the final 4:07 to lift Penn State to victory.

“We tried to switch Dan [Oturu] on [Stevens] in the second half,” Pitino told the Gophers Radio Network. “I thought it worked early but he’s so talented, he’s so confident right now.”

The Gophers now have eight days to regroup following the loss. They will return home on Sunday, Feb. 16 to face No. 17 Iowa. The Hawkeyes defeated Minnesota 72-52 earlier this season.