A blend of past and present

The soothing harmonies of local sibling duo The Ericksons can warm the most frigid of souls. 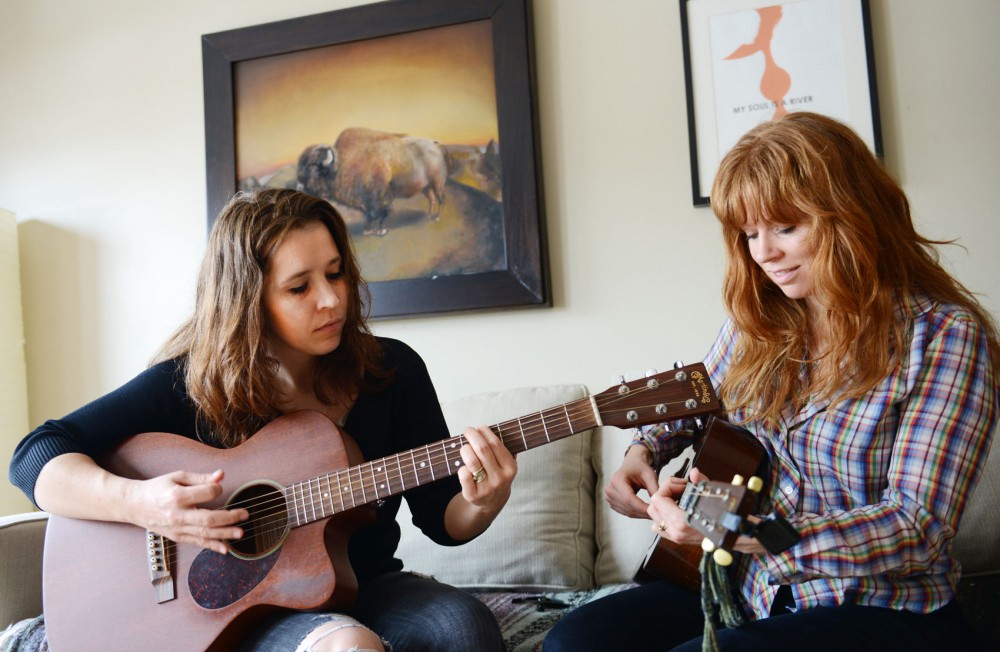 Smoldering sounds from the dark and folky blues duo, The Ericksons, will fill the Amsterdam Bar and Hall this evening as one of three acts to play the second installment of Local Current Live. Bethany Valentini and Jenny Kochsiek are sisters who blend their voices for an impeccable hushed harmony that is instantly pleasing to listeners.

The union of The Ericksons was created after an encounter with life’s harrowing realities, the death of a loved one. The two women turned to innate musical talent for catharsis.

They produce music that is whetted in melancholy realities, relentless passion for musical expression and deliciously supple and exact harmonies.

While sisters Jenny Kapernick and Bethany Valentini’s sound may be mature, the duo is less than a decade experienced in the entertainment industry. They established their roots in the American folk scene in 2006 after the loss of Bethany’s musical stimulus and first husband Lee Erickson to cancer.

“He was this beautiful artistic spirit and a huge force for me in accepting my [musical talent],” said Bethany. “My music was this private thing. I would never play for people, and then he died, and I felt kind of forced to pursue it.”

And so the honeyed songbirds took flight, seeking solace in Brooklyn’s vibrant music scene. After recording their first album, “Middle of the Night,” The Ericksons sought to flee the Big Apple for a number of reasons; a second chance at love being the catalyst for the duo’s transfer to Minneapolis —the city they have since established as home.

“We both married very Minnesota people,” said Jenny. “My husband has a loon tattoo. We’re not going anywhere.”

Since moving to Minnesota, The Ericksons have written and recorded two full-length LPs, releasing “The Wild,” their latest effort, just over a month ago.

The album is the band’s most fervent set of tracks to date, with an indecipherable layer of twangy guitar grit and raw vocal tones not ostensibly heard in previous recordings. The duo suggests the addition of an electric guitar is at the helm of the change.

“We were playing, and we just needed something more, so I bought an electric guitar,” said Bethany. “There is something about its sustained sound that allows us to bring [a fuller sound] out.”

This richer sound and extended effort in refining their craft is more of a gift to themselves instead of a deliberate push for more followers.

“In this culture of frenetic existence, our goal is for our music to get through that and get to the people; get people to sit down and listen to us,” said Jenny. “Whatever emotional connect comes with that comes, and that’s beautiful.”

Sisters Bethany and Jenny are two down-to-earth women trying to blend the past with the present and make a promising future.

“It’s just life, and it’s dramatic,” said Bethany, “but everybody has stuff, and it’s about taking that past and that beauty and carrying it forward.”

The duo plays Thursday night at the Amsterdam Bar and Hall as the second of three performances for the second installment of Local Current Live, a showcase of our local music scene.