The Mill City Museum books your July Thursdays with an impressive roster of local bands. 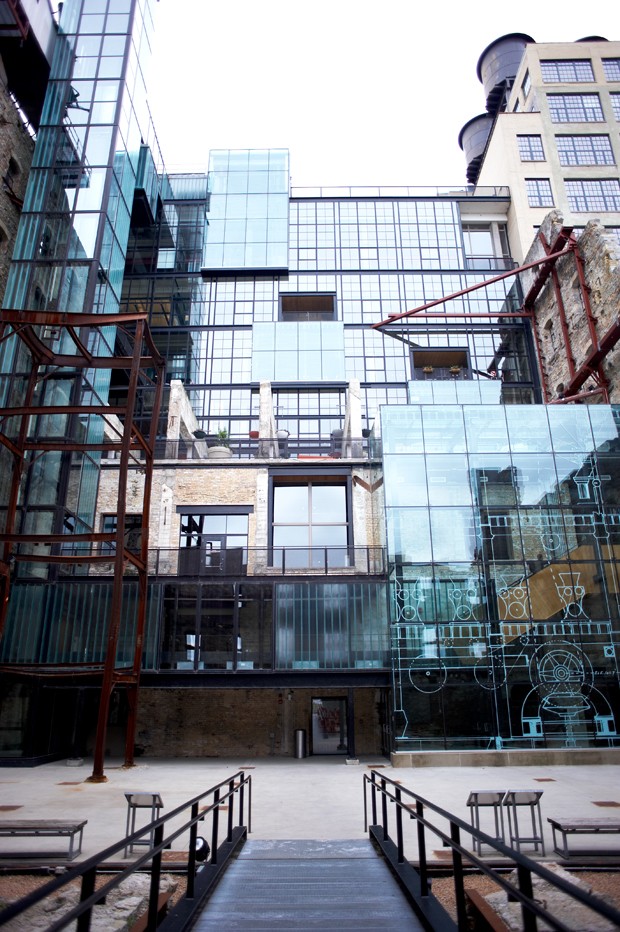 Mill City enters the music scene, leaving behind a cloud of flour.

WHAT: Mill City Live WHEN: Thursdays in July, 6 to 8 p.m. WHERE: Mill City Museum, 704 Second St. S. TICKETS: $5 The Mill City MuseumâÄôs billboard boasts that itâÄôs the âÄúmost explosive museum in the world,âÄù and while that might be slightly misleading, it is heralded as an impressive work of recycled architecture from the days when Minneapolis was the âÄúflour milling capital of the world.âÄù Along with entertaining children with hands-on exhibits, the museum plunges into the local music scene by putting on yet another year of Mill City Live, a series of Thursday night concerts throughout the month of July. This yearâÄôs promising lineup of emerging local musicians spans all sorts of genres, so 20-something PBR-enthusiasts might find themselves bobbing their heads among cardholding Walker visitors. Aside from concerts, DâÄôAmico & Sons will provide food and drinks, and the museum invites guests to check out the view of Minneapolis from its observation deck. HereâÄôs a guide to what a $5 admission fee can bring: July 9: Jeremy Messersmith MySpace Messersmith finds inspiration in the Twin Cities, and his songs reflect his love of the metro. âÄúFranklin AvenueâÄù and âÄúLight RailâÄù are two tunes with homegrown subjects familiar to local listeners. City Pages called him the best singer-songwriter under 30 back in 2007 , and The Star Tribune compared him to Elliott Smith âÄî though MessersmithâÄôs reedy tenor is better suited to sunny days than self-inflicted stab wounds. Sounds like: Beatles-lite mixed with Simon & Garfunkel July 16: Gospel Gossip MySpace Northfield natives Gospel Gossip just released a lovely slice of shoegazey, feedback-heavy alt-pop with âÄúDreamlandâÄù and will embark on a tour in support of their album after playing Mill City Live. The band, anchored by frontwoman Sarah NienaberâÄôs angel-with-a-snarl vocal stylings, has garnered plenty of attention as of late âÄî and they deserve it. The songs are tightly wound, danceable and still manage to float despite their synth-laden backdrop. Sounds like: Mazzy Star , Yeah Yeah Yeahs , Sonic Youth July 23: Caroline Smith & the Good Night Sleeps MySpace A&E has given Ms. Smith and the Sleeps a fair deal of coverage in the past two years and for good reason: Caroline is an amazing songwriter, theyâÄôve done a Daytrotter session, released a fantastic album and now Caroline and the boys are capping off some whirlwind Midwestern stops with Mill City Live. Think itâÄôll beat their jaunt to Fargo? Go and see, since theyâÄôre one of METRO magazineâÄôs âÄúBands to Watch in 2009.âÄù Sounds like: adorable indie-pop, Camera Obscura + Jenny Lewis July 30: Charanga Tropical MySpace And now for something completely different: Describing themselves as âÄúsalsa meets strings,âÄù this nine-person collective of instrumentalists caps off the month of music by bringing the tropics to the Twin Cities. Two Cubans count themselves members of the group, and nonnative flutist/saxophonist Douglas Little spent five months studying his craft in Havana. He learned âÄúcharanga,âÄù the seamless meshing of strings and samba, during his stay there.