The Minnesota Daily • May 28, 2015 • https://mndaily.com/221786/uncategorized/recess-chats-with-french-singer-and-actress-soko/ 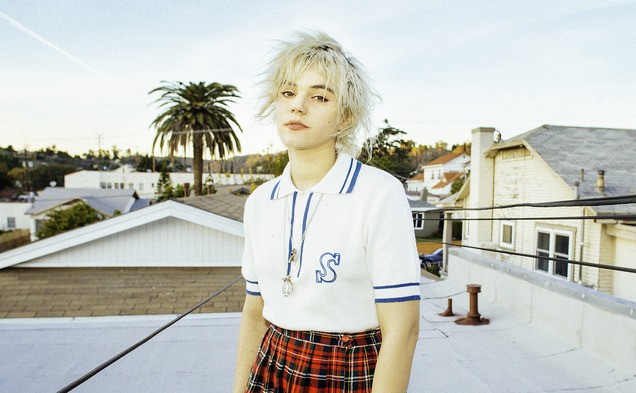 This is a test caption

Soko is a French singer and award-nominated actress. Our Local Arts Editor Drew Haskins interviewed her in light of the release of her critically-lauded second album, My Dreams Dictate My Reality, recently released on Because Music.

The Chronicle: What are your influences for your new album?

Soko: Mostly my dreams. I’ve had really crazy heavy dreams my whole life, and it’s been very haunting and dark, and instead of being afraid of it, I wanted to transform all of these fears into music that makes me feel happy and safe and honor these dreams.

TC: Why did you title the new album My Dreams Dictate My Reality?

Soko: Because that one tiny sentence has so many reasons to be true in my life.

I made most of my big life changing decisions in my life after dreaming about it, moving to LA the day after I had a dream in which I was living there and happy.

When I was a kid, I had horrible nightmares, and each time I would, someone around me would die. So I thought I was responsible and killing people with my dreams in real life…so I grew up with that heavy guilt.

I actually do list things to do before I die since I’m a kid, and the goal is to cross things off the list and do every single thing I’ve ever dreamt of in this lifetime.

TC: How do you want people to listen to this album?

Soko: On vinyl, on big speakers! Side A …waking up and drinking coffee and getting upbeat confidence for the day. Side B…laying on the big furry carpet on big speakers with low light, and drifting in and out of sleep.

TC: There are strong themes of feminism and stunted adolescence throughout the album. What inspired you to sing about this?

Soko: Well, this is just who I am. I only know how to write about things that feel very personal, and I definitely struggle with trying to be a responsible adult and live a “normal” life and not live like a teenager all my life…but it’s hard. And about feminism, that is just in my genes, so that always just pours out of me.

TC: What was it like working with Ariel Pink? Where did the idea for the “Lovetrap” video come from?

Soko: We’ve known each other for a while now. We’ve been writing songs about each other in our previous albums and wanted to write a song together for a while. For “Lovetrap,” we took lyrics that he wrote about me and lyrics I wrote about him in other songs and put them all together in one and talked about our impossible never meant to ever happen again failed love story.

I direct all my videos. I had an idea I wanted to do with Ariel because he had talked about regretting not being in the “Monster Love” video (another song of mine that he sings on) and so I wrote and produced and paid for this whole video that once he was on set, he just had a mad freakout and walked out of the video. He left me with the bill and that was just plain awful. He kept saying, “[He’s] not an actor and I should have gotten someone else to play him.” So two months later, after having hardly digested this crazy betrayal and letdown, I decided I was gonna play him then, and had to redo a whole video. I did my best to make a good impression of him and still have him somehow be a part of the video.

TC: How do you see your sound evolving going forward, and who would you ideally like to collaborate with in the future?

Soko: I always like collaborating. I’ve done a lot of that lately and I don’t want to spread myself too much in other people’s projects and really just focus on making my next record. I definitely do want to make more music with Anton Newcombe from BJM, he’s a genius!

TC: You are also an award-nominated actor in France! Do you plan on continuing acting along with your music in the future?

Soko: Yes of course…as soon as time allows. I have four feature films booked for this year. I just hope I can juggle doing it all.