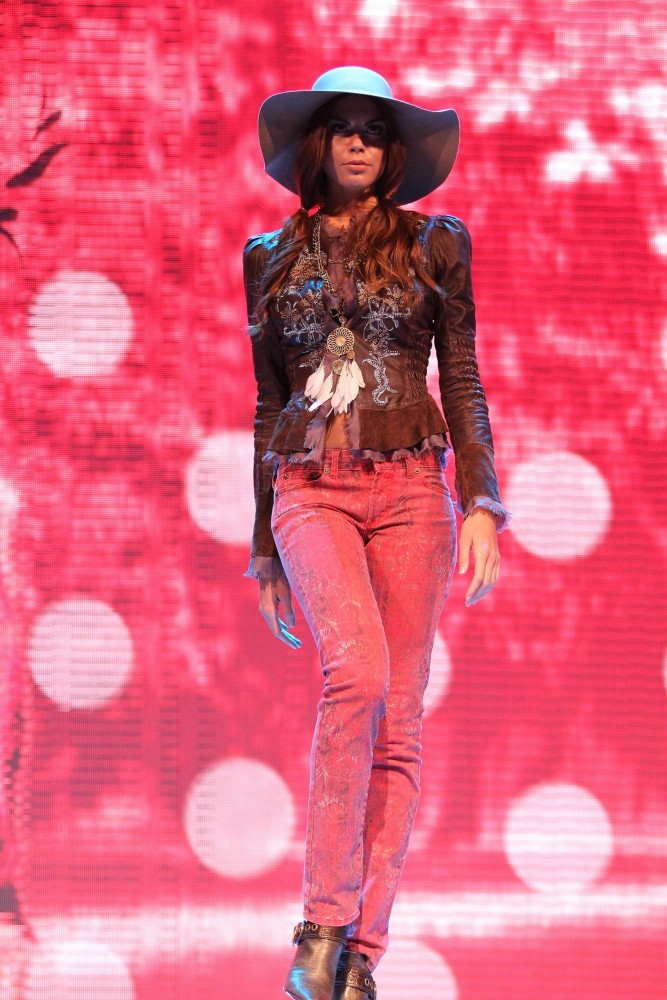 When people think high fashion, social activism probably isnâÄôt what comes to mind. ItâÄôs generally thought of as a pretentious, if not vain, art form. But in MacyâÄôs Glamorama âÄî a four-city fashion/music hybrid party that benefits local causes âÄî attendees are âÄúfierceâÄù both in their style and their cancer-fighting.

In their 20th annual team-up to put philanthropy and fashion in the same room, MacyâÄôs and the ChildrenâÄôs Cancer Research Fund really got with the times. In 2008 they reached back to MC Hammer and Cyndi Lauper to provide the runway music. But for this yearâÄôs open-ended âÄúArtrageousâÄù theme, they grabbed a pair of acts that are appropriately in vogue. Bruno Mars, who topped 2010 and âÄô11 charts with âÄúGrenadeâÄù and âÄúJust the Way You Are,âÄù styles both as a pop star and a throwback songsmith. Far East MovementâÄôs brand of electro hop is hook-laden and, of course, âÄúfly like a G6.âÄù

Due to numerous calls inquiring about the appropriate garb for such an event, the ChildrenâÄôs Cancer Research put out a formal suggestion of cocktail and summer party dresses for ladies and âÄúsmart casualâÄù for men (thatâÄôs suits or dark jeans with a sport coat). But with such an unrestricted theme, the variety of outfits should be rampant. Mike Gansmoe, MacyâÄôs VP of special productions, thinks attendees should wear whatever they want.

âÄúThe only dress code I would say is âÄòhave fun,âÄôâÄù Gansmoe said. âÄúItâÄôs a very over-the-top fashion event and I think everybodyâÄôs individual fashion is unique to them. I donâÄôt think fashion dictates who people are; I think people buy the things that embellish who they are and their style.âÄù

What was once a modest charity event has developed into a 60-minute torrent of full-fledged theater. The Artrageous theme aims to take fashion and music, and throw them in a high-speed blender with ballet, breakdancing, photography and sculpture. And donâÄôt forget cancer-fighting.

âÄúI like the idea of not just being interested in style for the sake of style but linking it with other important, estimable activities that help make the world a better place,âÄù Adam Levy said.

Levy âÄî singer for the Honeydogs and quasi-authority on all things stylish âÄî was one of the judges of the âÄúLook Good, Do GoodâÄù contest, a nomination based competition to find the âÄúmost stylish do-gooders,âÄù who win a pair of golden Glamorama tickets. The man, who described himself as a âÄúkitchen-sinkâÄù guy in the realm of style, is one of those recognizable men about Minneapolis and one of its most respected musical veterans. And heâÄôs particularly excited about one artist at Glamorama.

When he visited his daughterâÄôs sixth grade classroom to teach them about songwriting, he chose a Bruno Mars song as a template to deconstruct, saying he feels a âÄúkinshipâÄù with Mars as a songwriter.

âÄúI would say of all the pop music right now [Bruno Mars] is definitely the one guy you could point to and it feels like thereâÄôs some continuity between what heâÄôs doing and some older musical styles,âÄù Levy said.

But while the top-brass music acts and the haute fashion (from the likes of Armani, Jean Paul Gaultier, Tracy Reese and Marc Jacobs) is fun, itâÄôs not meant to be the star of the show. The ChildrenâÄôs Cancer Research board put up enough money to buy 100 tickets for past and present cancer patients from Amplatz ChildrenâÄôs Hospital and their families to enjoy the show. To John Hallberg, CEO of ChildrenâÄôs Cancer Research Fund, thatâÄôs what itâÄôs all about.

âÄúWeâÄôre just really proud of the fact that, because [Glamorama] is for cancer research, the people that are on the frontlines will be able to attend, Hallberg said, âÄúbecause at the end of the day itâÄôs all about them.âÄù