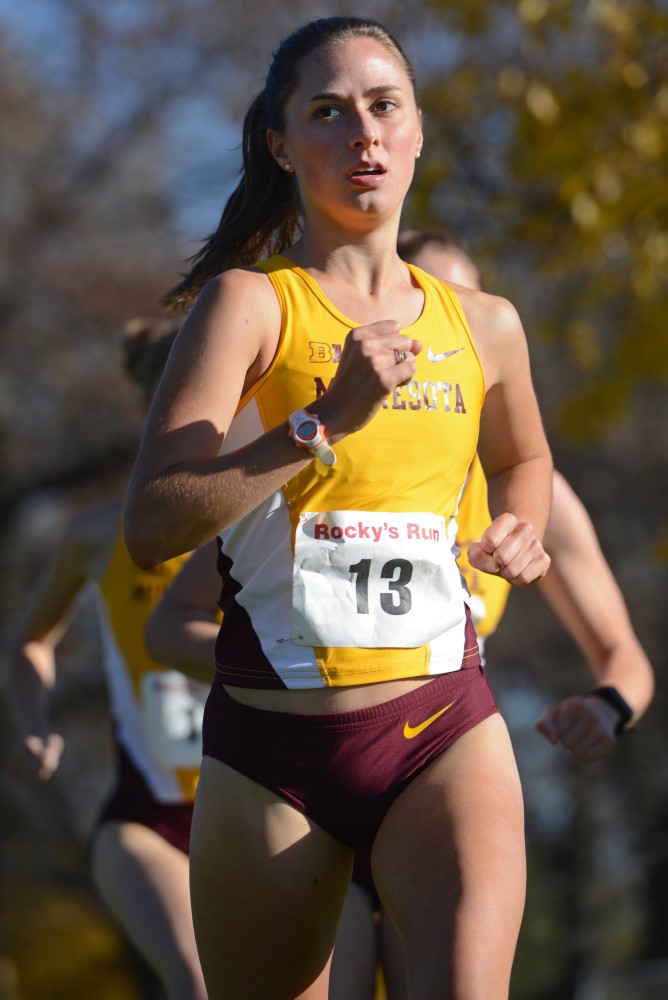 meets over the weekend before entering the NCAA postseason.The Gophers men’s team ran in the Fall Finale 8K race in Collegeville, Minnesota on Friday afternoon.

Freshman Hamza Ali was the lead runner for the Gophers. He came in first with a time of 25:31.

Ali’s victory added to a successful streak for Minnesota at the meet. His first place marks completes a consecutive decade of individual victories among Minnesota runners in the Fall Finale.

Although eight of the top nine finishers in the race were Gophers runners, seven of them ran unattached.

Graduate student Carlin Schulz led the pack with a seventh-place time of 23:12.5, and was the first of 46 female participants to cross the finish line.

The 6K race is open to the public and all registration proceeds go toward a scholarship fund.

The women placed high to begin with but did even better across their group. Since the race is open, male competitors led the way in the overall standings, but Gophers runners took five of the top six spots of all 24 female finishers.

Both teams will travel to Iowa City, Iowa next weekend to compete in the NCAA Midwest Regional meet.