Brandner played for Oregon State during the 2018 season. 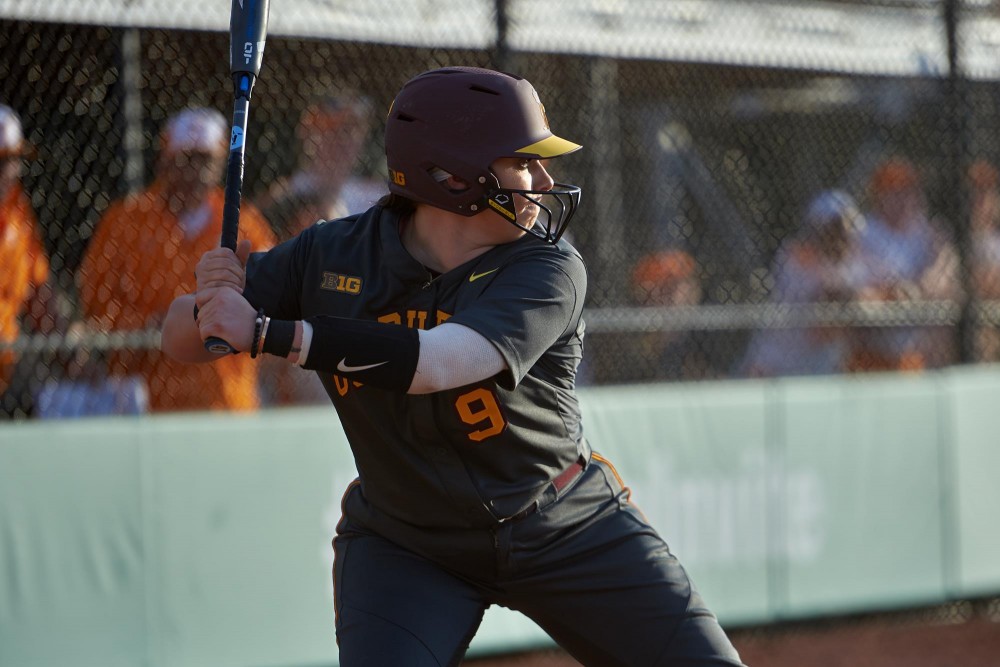 Sophomore infielder Hope Brandner winds up to hit the ball.

First baseman Hope Brandner is producing for the Gophers in her first season with Minnesota.

After spending the 2018 season with Oregon State, Brandner leads the Gophers with 26 RBIs and has hit six home runs. Her batting average is .343, which is second-best on the team.

Last season, Brandner led the Beavers with 12 home runs, 36 RBIs and a batting average of .299. She was named to the Pac-12 All-Conference Third Team and the Pac-12 All-Freshman Team.

Brandner said her new teammates have been welcoming her throughout the transition.

Defensively, Brandner has committed only one error and has a fielding percentage of .993. She has 149 putouts and two assists.

Head coach Jamie Trachsel said one thing that surprised her about Brandner was her defensive abilities.

“We knew what we were getting offensively because her numbers supported that,” Trachsel said. “What she’s been able to do on the defensive side for us has been one of our biggest gains. She’s done a good job getting herself into a position to be on the field to do it well on a level that is high enough to perform against the competition we’re playing.”

Brandner is Minnesota’s cleanup hitter this season with her dominant swing. Her power slotted in and replaced some of the power Minnesota lost in the 2018 offseason, specifically its former All-Big Ten catcher Kendyl Lindaman who transferred to Florida. Lindaman led the Gophers with 20 home runs in 2018 and led the team in RBIs with 55.

Third baseman Katelyn Kemmetmueller said Brandner is easy to get along with.

Brandner said her biggest strength is staying open-minded and getting to know her teammates on a personal level in her adjustment to the new team.

“Having deep conversations with my teammates and listening to what they have to say at all times,” Brandner said. “I do the same thing back and our team’s pretty close. It’s easy to do that.”