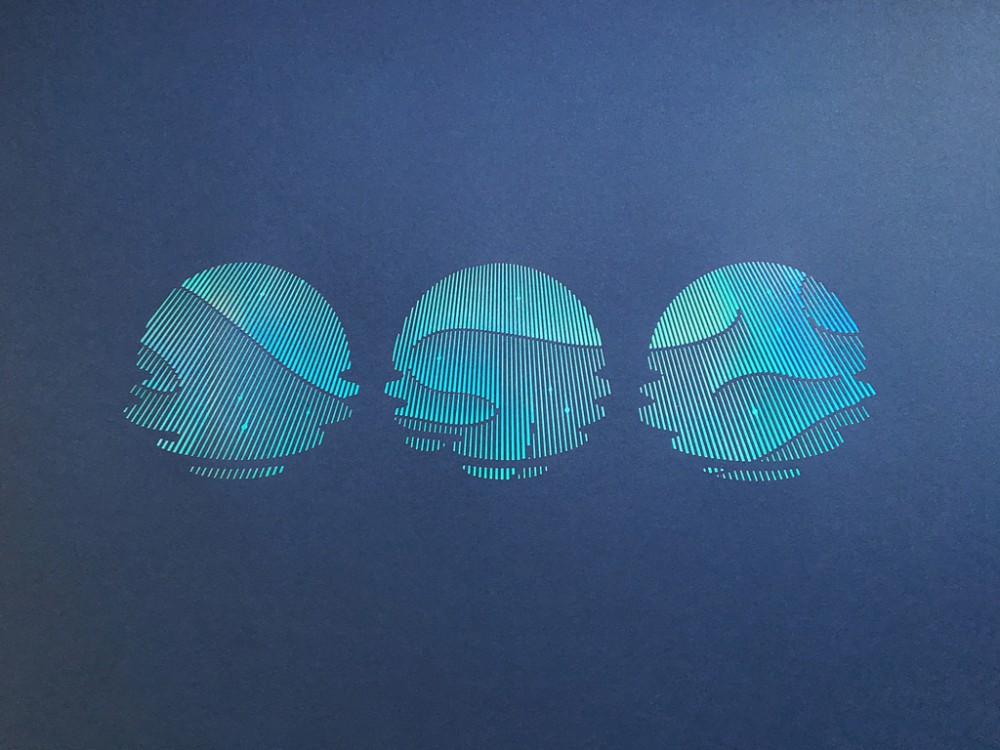 "Stone Archer Bridgealis," by Cody Petts was part of last year's pop-up showcase of "Posters for Parks" at Lakes & Legends taproom in Minneapolis.

From the shores of Bde Maka Ska to the skyline views at Boom Island Park, the Minneapolis parks system connects the city through greenspace and water.

“I’ve always appreciated the green space in the parks in our city and consider it the major reason why [Minneapolis is] so livable,” Woychick said. “I’ve done everything from coach to walk dogs to play sports [in the parks]. I proposed to my wife in a Minneapolis park.”

Lovemplsparks.org sells parks-themed merchandise and donates 50 percent of the proceeds to its nonprofit partner, People for Parks. On Thursday, the organization will host its third annual Posters for Parks event, an in-person, pop-up gallery that sells parks-themed posters from over 40 designers, artists and illustrators.

Each poster will cost $40, and half of the profits will go to the artists. “It’s really natural. When people see posters or artwork of green space and parks, it’s something that a lot of people can relate to. … It’s about that connection to nature, so almost everybody can find something at the poster show,” said Chriss Joyce, the executive director of People for Parks.

Over the past two years, the Posters for Parks event has grown considerably, drawing more artist applicants and bigger crowds.

“I think the draw for artists has been bigger … and the artists that have been making work have been exceptionally good,” said Jesse Lindhorst, a designer who has participated in the event all three years.

Posters for Parks’ organizers have readjusted the event to accommodate larger crowds. They’ve opened up with valet parking, a longer event and a streamlined purchasing process with Lakes and Legends Brewing Company.

For the designers involved, the event offers an opportunity to connect with a larger community and produce work outside a job or classroom.

“We have a voice, and we can do things beyond our day jobs. … I need to continue my creative process, and this was a really good way to do that,” said Abbey Kleinert, a University of Minnesota alumna who teaches graphic design at the University. “One of my favorite things is enjoying the water, so that’s what I chose to focus my poster on. … I want to make my poster celebrate all the fun things you can do at the park and at the lake,” said Britt Madson, an illustrator who designed a poster for the event.

Posters for Parks does more than simply fundraise for the parks, however. The event also serves as a showcase for the range of artistic talent in the Twin Cities. After attending the first Posters for Parks event, 2018 University alumna Dana Kingery was drawn to its purpose. She contributed a poster to this year’s gallery.

“I think community is really important in this field, and we can all take inspiration from each other. Not only does that help us grow as designers, but it helps us get recognition that we need … and inspire other people as well,” Kingery said. “Seeing all the great posters and interacting with everyone that first year made me want to participate.”

Correction: A previous version of this article incorrectly spelled Abbey Kleinert’s name and stated that she had worked at a past Posters for Parks event. Kleinert designed a poster for this year’s event, but has never worked at the event itself.