The report with recommendations for renaming University of Minnesota buildings has received its third delay, according to a University spokesperson. 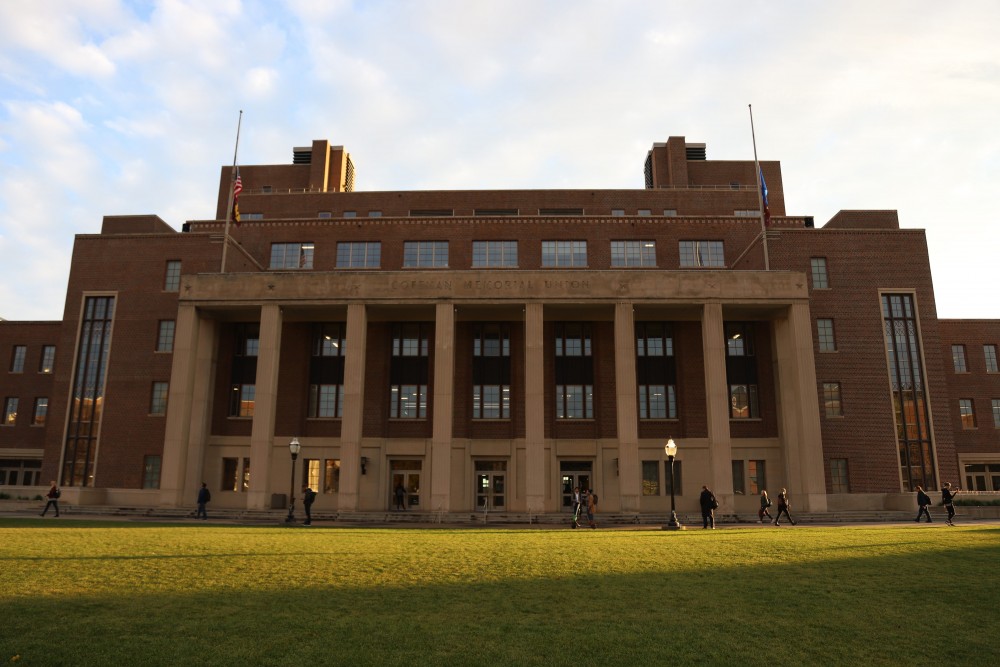 Passersby walk next to Coffman Memorial Union on Monday, Oct. 29, 2018.

A report on renaming buildings on the University of Minnesota campus has been delayed for a third time.

The report generated by the University Task Force on Building Names and Institutional History was originally planned to be released in November. It was then postponed to December, and then even further to the middle of January. The report has now received its third delay, according to a University spokesperson.

University President Eric Kaler charged the task force in October to create a report with a set of recommendations about how to move forward with renaming University buildings that were named in the exhibit “A Campus Divided.” These buildings include Coffman Union, Coffey Hall, Middlebrook Hall and Nicholson Hall.

“At this stage, we have nearly completed the research we will need to produce our report,” a December statement from the task force co-chairs read. “In consultation with the President and Provost, we have mutually agreed that the Task Force report will be completed and promptly shared with the University community on January 16, 2019.”

Bauer said the report will now be released shortly before the next Board of Regents meeting on Feb. 7.

“Once the task force report is submitted, this work will be carried forward by the permanent President’s and Provost’s Advisory Committee on University History, which will foster ongoing reflective practices concerning memory, history, and the contemporary implications of this institution’s past,” the December statement read.

Correction: A previous version of this article misstated Bauer’s statement on the renaming report. Bauer has not seen the report and does not know if it will have name suggestions.