With the result, Minnesota also finished second in the Big Ten season standings. 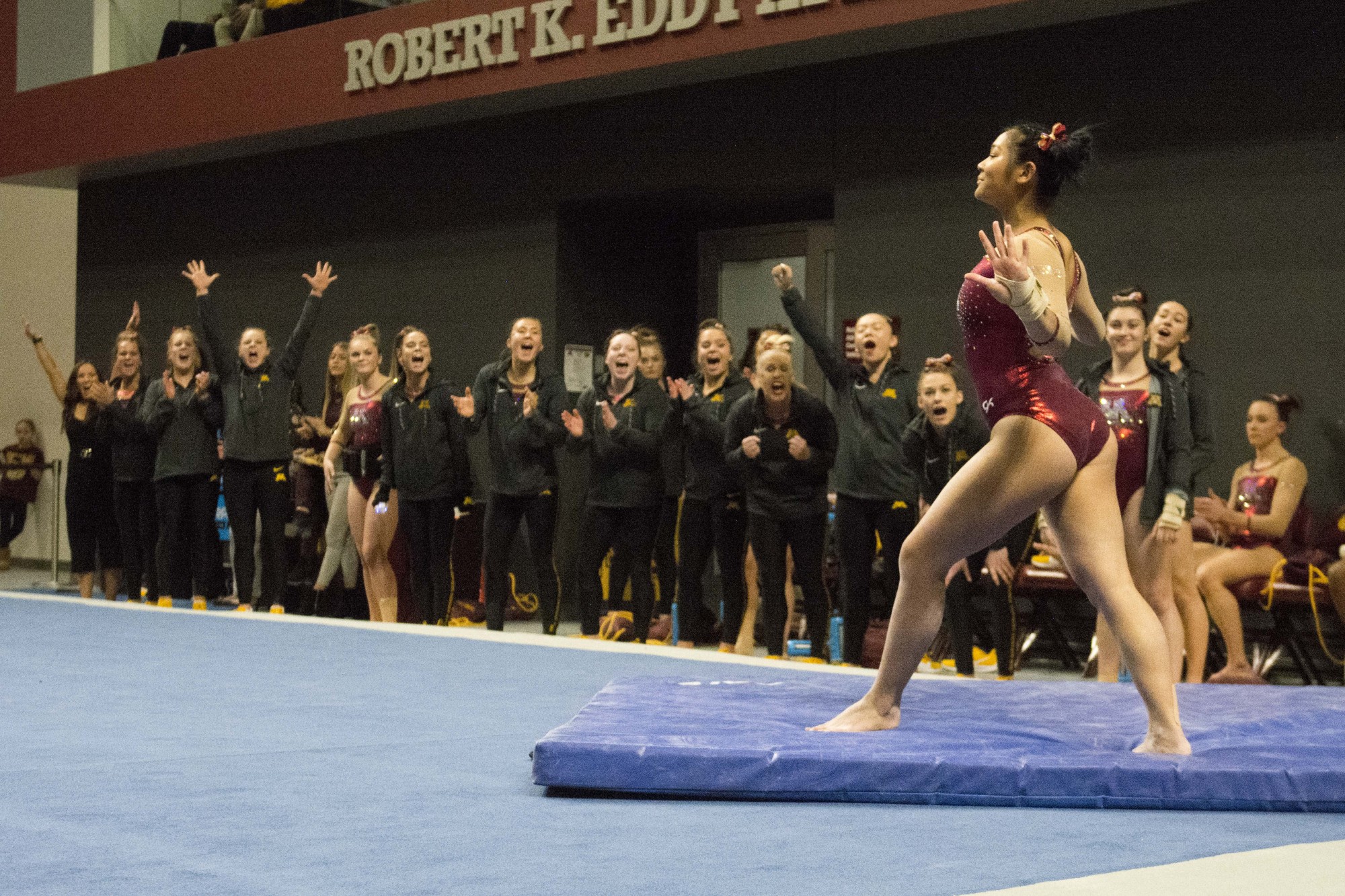 Tiarre Sales finishes her move as her teammates cheer on the side at the Maturi Pavillon on Saturday, Feb. 8. The win was the Gophers' fourth in a row.

With a chance to clinch their first Big Ten regular season title since 2016, the Gopher women’s gymnastics team came up just short, coming in second behind Michigan at the Elevate the Stage event and in the Big Ten standings.

While has three more regular season meets before the Big Ten Championships, none of them are against Big Ten opponents. They finished 5-1 in conference play, winning five straight meets before Saturday’s outcome.

The No. 11 Gophers finished the night with an overall team score of 196.650, however the No. 7 Wolverines put together a program-best team score of 197.950. Minnesota still beat Penn State, Michigan State and Maryland.

The night started with the Gophers relaxing and watching as they had a bye for the first rotation.

Then they got into the action on the floor. Sophomore Tiarre Sales helped lead the Gophers to their second highest floor score of the season by scoring a career-high 9.850. With three of her teammates posting a 9.875, the Gophers combined for a 49.300.

On the vault, redshirt freshman Maddie Quarles was able to tie her career-high with a 9.900. She led the team in this event as the Gophers posted a team score of 49.075.

After the bars event, the Gophers jumped into second place with a score of 147.600. Junior Lexy Ramler posted a 9.925 for a three-way tie for second place. The team combined for a 49.225 on the event.

In the final rotation of the meet, the Gophers were on their best rotation, balance beam. However, things didn’t go as usual and they put up their lowest score of the season with a 49.050. Ramler picked up a share of the event title, the lone title for the Gophers Saturday, with a 9.975.

The Gophers are back in action against No. 20 Missouri on Friday, Feb. 28.