Student cultural centers have personalized their spaces in the wake of renovations to Coffman Union’s second floor. 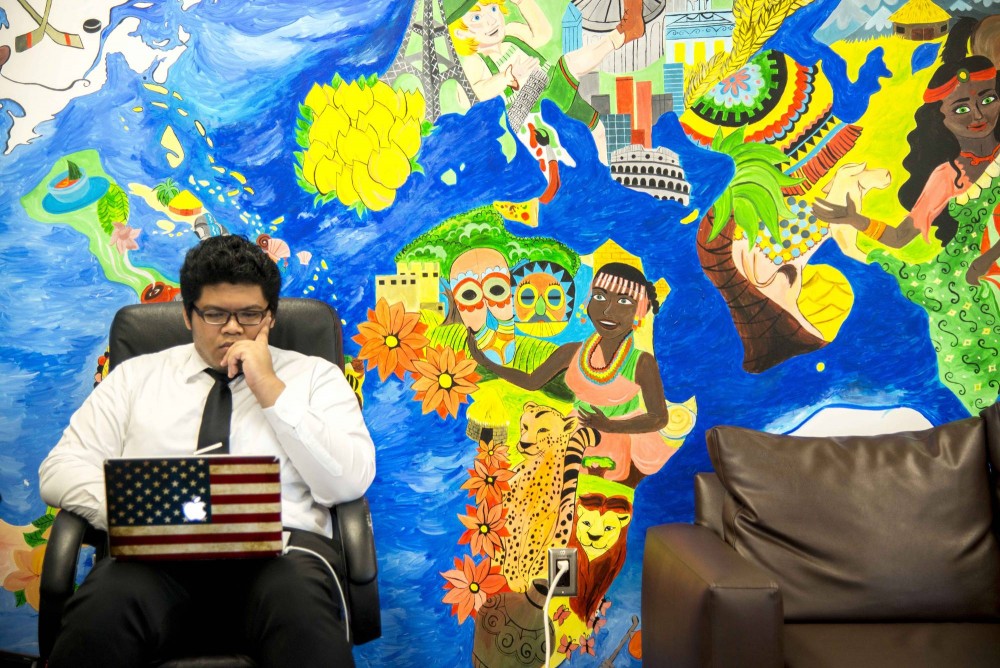 Since the renovation of Coffman Union’s second floor, white walls have gradually transformed into displays of colorful murals and artwork, embodying the cultures of student centers that have space there.

The removal of murals during the floor’s revamp in summer 2013 — which partly fueled campus protests against the renovation — has been at least partially offset with new artwork and reproductions of what was lost, giving the space a new life.

The two murals depict the 1969 Morrill Hall takeover, where students protested for racial equality, as well as imagery representing the progress of the civil rights movement. Their return has not only resulted in nostalgia for older members, but it has also given newer students a piece of what came before.

“First-year students as well as sophomores — they didn’t get the opportunity to see what I saw my freshman year,” Acquoi said. “[The murals] kind of created that home space with the Black Student Union.”

“The mural really held part of what MISA was,” he said. “When the room went down, people were really disappointed that the mural had to go with it.”

Although MISA also had the option to put up a reproduction, Riedinger said, the group decided that a hand-painted mural would create a more special result.

“We tried to do a representative job,” Riedinger said.

“Everything was white, everything was like a clean slate, so we thought that gave us a really amazing opportunity to fill the space with color,” she said.

The Muslim student organization started by surveying where their general members came from, then hung an array of flags in the room to represent their international diversity.

To follow up, the group commissioned a Palestinian artist from Chicago to paint architectural portraits of three of Islam’s holiest mosques.

Customizing a space can also go beyond decorations.

About two weeks ago, the Disabled Student Cultural Center reinstalled a lighting and bell system it had before the renovation that dings and flashes whenever someone enters or exits the room, DSCC President Jacob Vasquez said.

“It serves as an indicator for students like myself who are blind or low vision, and also for students who are deaf,” he said.

To further individualize the room and give it an artsy feel, the group finds works created by disabled artists — fulfilling two goals at once, Vasquez said.

With these features, he said, DSCC has personalized its space, helping to create a feeling of permanence on campus.

Having a personal space can help when a community needs to come together in times of celebration and mourning, Nashawaty said.

In the days following the shooting of three Muslim students in Chapel Hill, N.C., last month, local Twin Cities congregations decorated the AMCC room with paper hearts that had inspiring messages written by everyone from small children to religious leaders.

“We walked in and it was like an overwhelming sense of ‘I belong here,’” Nashawaty said.

At the same time, second-floor cultural centers can serve as homes away home, she said, providing safe and welcoming spaces every day.

“It also gives us a sense of community,” Nashawaty said. “Having a place to call home makes it much easier to gather people behind anything.”