The league has 13 players from Minnesota competing. 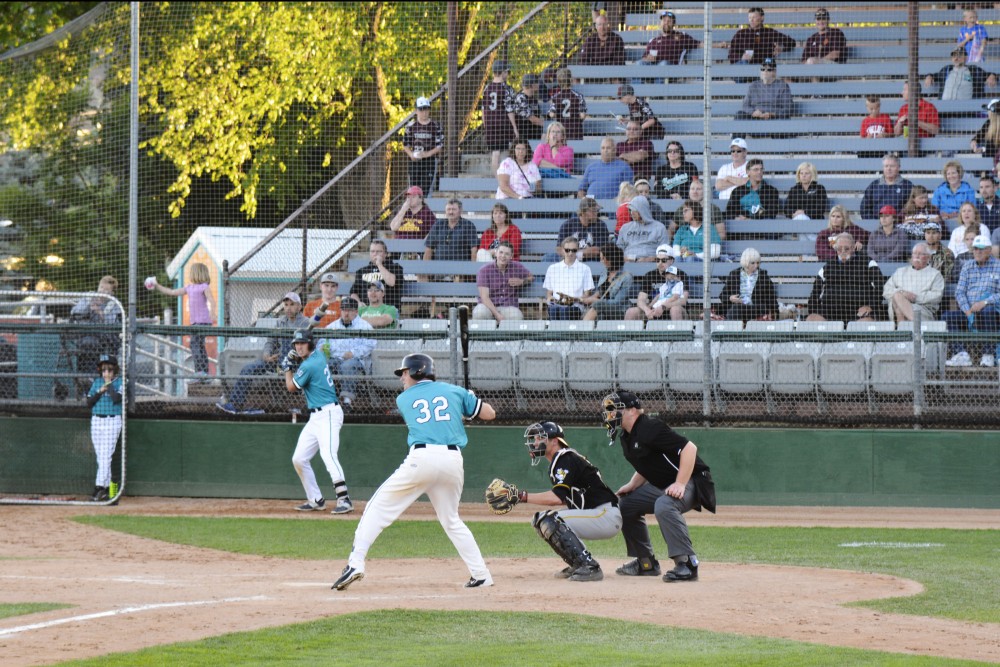 Gopher's catcher Eli Wilson plays for the Willmar Stingers during a game against the Rochester Honkers on Monday, June 19, 2017 at Mayo Field in Rochester, Minnesota. The Stingers have three Gophers spending their summer season with the team.

The season never ends for members of the Gophers baseball program.

After the Big Ten Tournament concluded, the Gophers jumped right into more baseball with summer leagues all around the country.

Thirteen Gophers compete in the Northwoods League, a summer league in the Midwest and Canada that has had more than 160 players advance to the MLB.

“I think for young hitters, it’s a very good league because you get a lot of at-bats,” said Gophers head coach John Anderson. “For young pitchers who haven’t pitched much, I think it’s an opportunity to get out there and get on the mound.”

The league has players from all regions of the country and is divided into the northern and southern divisions, with 10 teams in each division. It has a 72-game season, while other summer leagues for college players, such as the Cape Cod League, play 44 games.

Anderson said the more experienced pitchers may throw too much in the Northwoods League.

“I think the Cape Cod League probably has the top talent in the country,” Anderson said. “[It’s a] smaller league and it’s more selective in who they take. … The Northwoods League has really expanded … and the pitching can get watered down a little bit.”

“There’s never really any time to go home and see the family,” Lackney said after a 5-4 loss to the Rochester Honkers on June 19. “Baseball kind of takes over my summer, [but] I mean we have our host families to go home to and they treat us awesome.”

Estrada, an outfielder for the Gophers, said it prepares players for professional baseball.

“You experience the long treks and bus rides … preparing you for a minor league season,” Estrada said.

The three Gophers said the Northwoods League improves and gets guys ready for the next year of college baseball, with all of the games and potential situations it brings.

The team had eight seniors graduate and two players get drafted. Wilson said he’s excited to come back as a team.

“Everyone’s off in summer leagues getting better individually,” Wilson said. “I’m excited to put it together in the fall.”