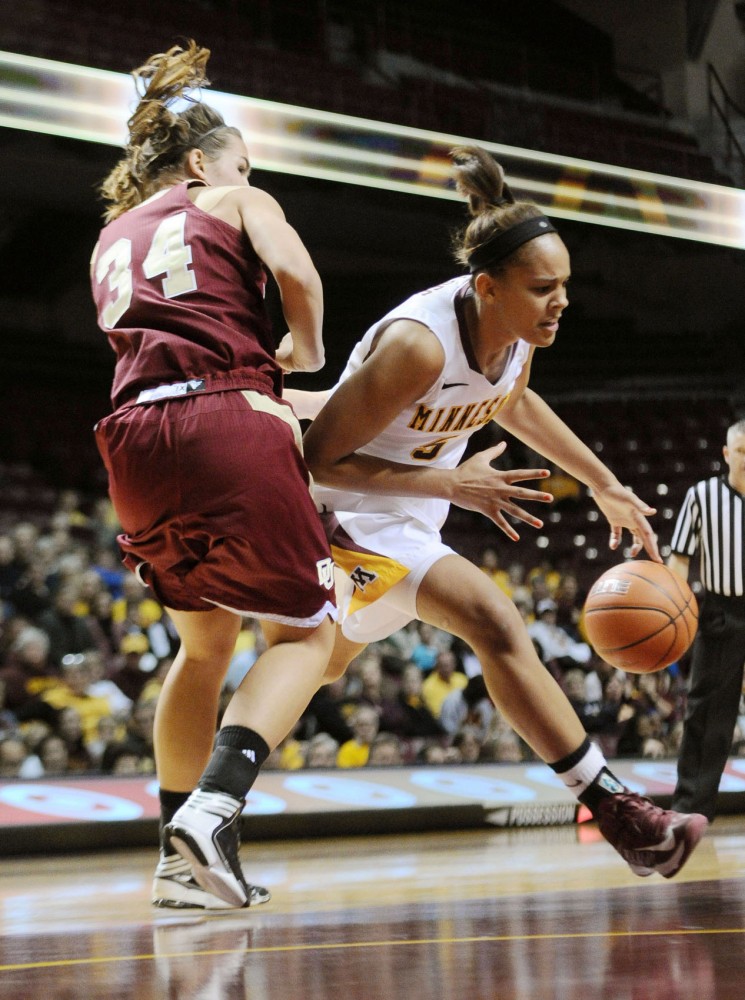 Gophers junior forward Kionna Kellogg has been granted a release from the team, the University of Minnesota announced Tuesday.

The team did not specify why Kellogg left.

Kellogg started all 32 games for Minnesota this season and averaged 6.5 points and 5.4 rebounds.

“We appreciate the contributions Kionna has made to our program the last three years,” head coach Pam Borton said in a release. “We wish her the best of luck.”

The Gophers went 18-14 in 2012-13 and lost in the first round of the Women’s National Invitation Tournament.

Minnesota is expected to add depth to its frontcourt next season when Amanda Zahui B., a 6-foot-5-inch Swedish recruit, plays her first games. Zahui B. was expected to redshirt this season and did not play in any games.

The Gophers are also set to return four of their starters, including leading scorer Rachel Banham.