Entering their 15th year of heightened fame, Fall Out Boy attempts transformation. But now is not the right time. 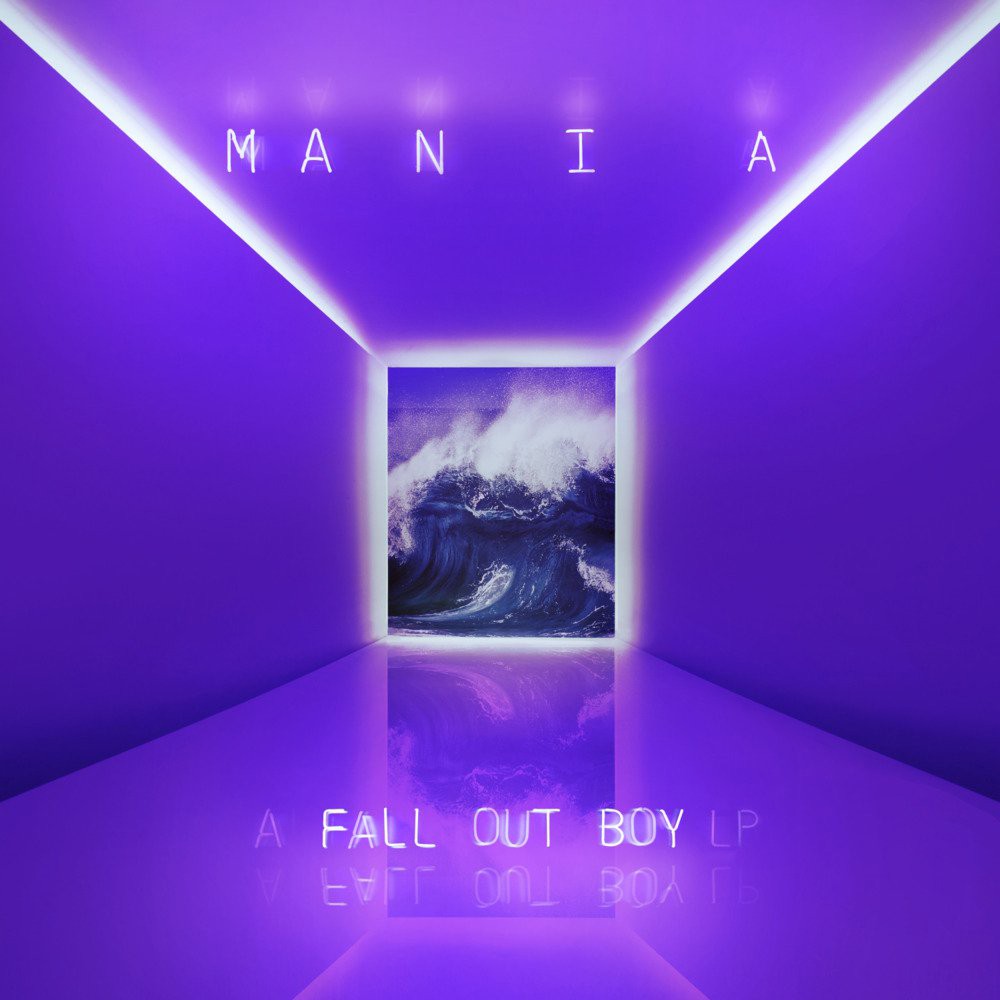 “Mania,” “Mania”… what can I say? Britney Spears is covered in the second verse of the album’s first song, and that’s potentially the most exciting part of it.

Fall Out Boy’s newest album, stylized “M A  N  I  A” and officially titled “Mania: A Fall Out Boy LP,” was originally scheduled for release September 15. “Feeling rushed,” the band pushed the date to mid-January in order to fully flesh out their creative process.

“It feels like every once in a while you’ve gotta do a hard restart that clears the cache and erases the hard drive. [ … ] I think it gave us the space to create something brand new,” said Pete Wentz, band bassist and lyricist in an interview with Rolling Stone.

Bringing in beat drops and attempted lines-for-the-times like the Sephora and women’s march reminiscent, “Are you smelling that shit? Eau de resistance,” it’s obvious the band truly does want to reinvent.

But think of Miley Cyrus’ success “going back to her roots” and the popularity of “Stranger Things” — nostalgia is still having a moment.

Now is not the time for reinvention — at least for Fall Out Boy.

The 10-song album has a 35 minute run time, one 10th of which is spent on the first song, “Young And Menace.” Released in April as the album’s first single, the track promises a Fall Out Boy for the new age — if that age is the 2005 EDM scene.

Yes, regardless of their pushed release date, the band’s timing always seems a little off.

On track three, “Stay Frosty Royal Milk Tea,” lead-singer Patrick Stump sings “I’m about to go Tonya Harding on the whole world’s knee.” Not only did Sufjan Stevens cover it all last month, the reference doesn’t make any sense to a Margot Robbie-loving audience. Harding was upset it happened — remember? It destroyed her career.

Lyrically, angst still reigns. In “Wilson (Expensive Mistakes),” both “The Addams Family” and “Moonrise Kingdom” are quoted. The lines, however, are better suited for a Tumblr screen-cap than a chorus.

“I’m a champion of the people who don’t believe in champions,” Stump coos over an electric violin at the beginning of the album. Notice how he says “I’m” instead of “was”? Maybe someone out there is still freshly inspired.

The album’s final and lengthiest (at 4:23) song, “Bishops Knife Trick,” is sweet enough. Ballad-esque, it talks of past mistakes and broken hourglasses. Still, Stump’s delivery of the word “domesticate” is a little too “Blurred Lines.” There’s a lot happening, and it doesn’t all meld.

Almost 15 years after the release of their first album, Fall Out Boy can best be compared to their fans’ old glitter eyeliner: they’ve both probably expired.

The fans, however, are caking on the clumpy cosmetic in the hopes of remembering how it felt to open a Bop magazine and see a just-married Wentz and Ashlee Simpson making eyes.

The band is throwing their liner in the trash and trying something new on, but it’s still not a good, or time-defying, style.

All in all, sport teams will have some good commercial break play-in music.

Once constantly quoted in AIM away messages, Fall Out Boy has the potential to break into 2018 tween Instagram caption culture — maybe they haven’t completely revamped after all.