The Gophers will open their NCAA campaign against North Dakota. 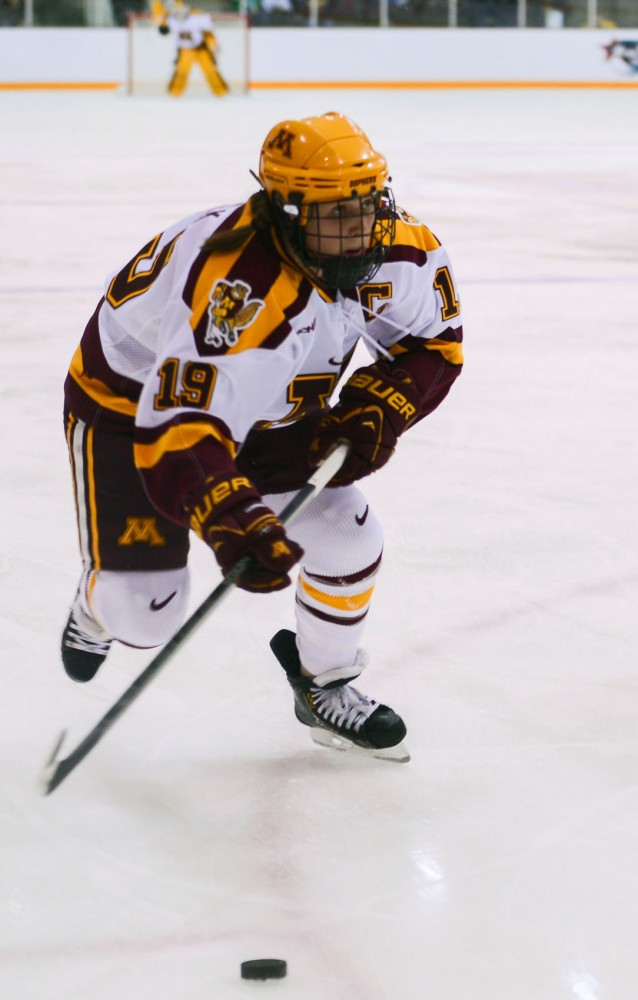 Minnesota defenseman Megan Bozek skates down the ice during the WCHA Semi-Final Face-Off game against Ohio State on Friday, March 8, 2013, at Ridder Arena. Bozek secured the Gopher's victory on Friday with her final goal during the third period.

Minnesota has a 46-game winning streak, several NCAA Division I records and two out of three possible trophies this season.

The Gophers face North Dakota for the second straight week in Saturday’s NCAA tournament quarterfinal. It’s the sixth time the two teams have met this season.

The other six teams in this year’s tournament — Boston College, Harvard, Cornell, Mercyhurst, Boston University and Clarkson — all hail from the East Coast.

Head coach Brad Frost said his team had been anticipating playing a fellow WCHA team in the first round of the tournament for some time.

North Dakota was on the bubble of not making the tournament but managed an at-large bid.

“Obviously the more WCHA schools, the better for us,” Frost said. “You know our league is so tough, it’s getting harder and harder to get more teams into that top eight.”

Senior defender Megan Bozek said the Gophers are usually excited for the NCAA tournament because they can play new teams from across the country. But she said they’re just as excited for a rematch with North Dakota.

Bozek said Minnesota and North Dakota have developed a huge rivalry over the last few years and the upcoming game will be gritty and decided by one or two goals.