The conference aims to prompt a dialogue on prevention strategies for sexual violence on college campuses. 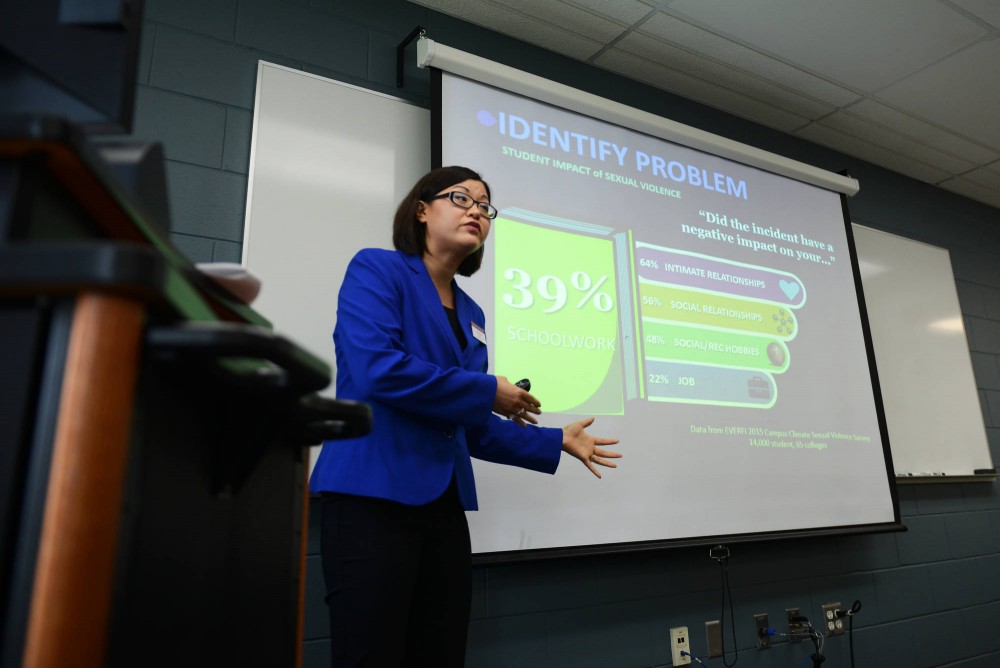 With colleges and universities under enormous pressure to adequately address sexual violence on campus, representatives from 57 institutions statewide — including the University of Minnesota — gathered for the start of a two-day campus sexual violence prevention summit to listen to guest speakers and participate in skills-based workshops. The event is the first of its kind.

Minnesota State Rep. Marion O’Neill, R-Maple Lake, authored the bill, which included a provision that targeted sexual assault on college campuses and was also a speaker at the event.

She said she hopes that the summit will promote increased awareness of sexual assault on Minnesota campuses and create open discussions.

“Let’s move from the shock and dismay to … how do we fundamentally change … how we address sexual assault, and one of the ways we do that is by really holding people accountable, who sexually harm, sexually assault,” Cournoyer said.

About one-fourth of students on the University’s Twin Cities campus report being sexual assaulted within their lifetime, according to a 2015 Boynton Health Service survey. Since 2009, the University has handled about 6 cases of sexual misconduct per year through its internal adjudication process, according to University records.

For a change in culture to happen, Amy McDonough, director of government and community relations for Minnesota’s Private Colleges, said there needs to be earlier education on the topic.

“A lot of these issues … happen to young people, and this is maybe the first time they’ve ever talked about these issues,” she said. “So many experts would agree that you have to start talking about healthy relationships at a younger age in high school.”

“I know by the time I speak with most college students at 18, when they’ve had a lot of years of coming from whatever background they might come from … almost across the board people are not getting comprehensive sexual education,” she said.