Minnesota splitting up; heading to South Dakota and Wisconsin 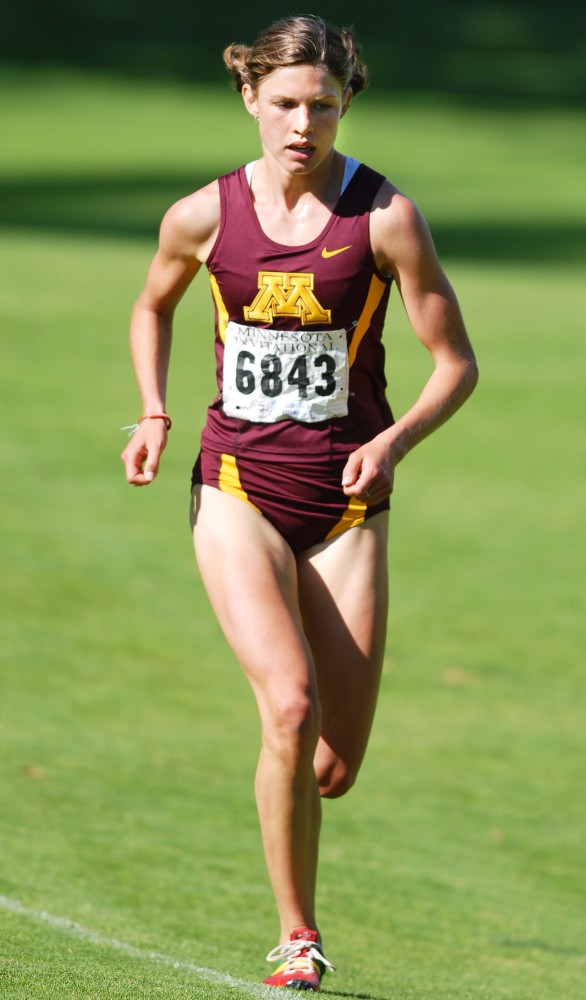 The two-time defending Roy Griak Invitational and now fourth-ranked Minnesota womenâÄôs cross country team will split this weekend and compete in a pair of regional events. Gophers coach Gary Wilson will send his top nine athletes to the South Dakota State University Classic in Brookings, S.D. on Saturday while the remainder of the team will head to Eau Claire, Wis. for the Bluegold Open on Friday. And while the Gophers most consistent racers will use SaturdayâÄôs five-kilometer race as a practice, the 24 competitors racing in Eau Claire are fighting for a spot on the teamâÄôs pre-nationals roster. âÄúWeâÄôre going to run kind of head-to-head to see who will fill in the last two spots,âÄù Wilson said. Senior Julie Schwengler was one of the 12 Gophers to compete at pre-nationals two years ago when she was a sophomore transfer from Montana, and if the Rapid City Stevens graduate has anything to say about it, sheâÄôll be back on the squad this season. âÄúMy ultimate goal would be to be on that same team again this year, making it to nationals,âÄù Schwengler said. âÄúIt would be a great personal accomplishment to end things where I started them here, but IâÄôve also seen the team come a long way since I started my career.âÄù Competing against each other will be a new challenge for Minnesota, whose 52 athletes comprise the largest program in Division I cross country, but itâÄôs not a challenge Minnesota is unprepared for, Schwengler said. âÄúComing into the season we all know weâÄôre going to have to compete against each other,âÄù she said. âÄú[This weekend] is about individually grabbing a spot in the top 12 to go to pre-nationals, but itâÄôs also about getting the best 10th through 13th runners for the team in the end,âÄù she said. Senior Gabriele Anderson was scheduled to race on Saturday but will sit out due to a slight illness, Wilson said. âÄòUâÄô crew hits the river The Minnesota womenâÄôs rowing team begins its 2008 campaign this Sunday by hosting the Head of the Mississippi . Two years off the programâÄôs first Big Ten championship and a year after finishing third at the conference competition, the Gophers now boast a squad of experienced rowers. Paired with the best crop of incoming freshmen in program history, the Gophers are a âÄúdark horseâÄù for the Big Ten title again this year, according to coach Wendy Davis . âÄúI feel like we are just a much more experienced team heading into this year. The team doesnâÄôt have the âÄòdeer in the headlightsâÄô look that we had last year,âÄù Davis said in a statement. âÄúWe definitely have more experience this year but the big question is, are we confident? Absolutely not, and we shouldnâÄôt be because we havenâÄôt raced yet. But we are eager and focused.âÄù