Researchers will test a virus similar to African Swine Fever to figure out different ways to tackle the disease. 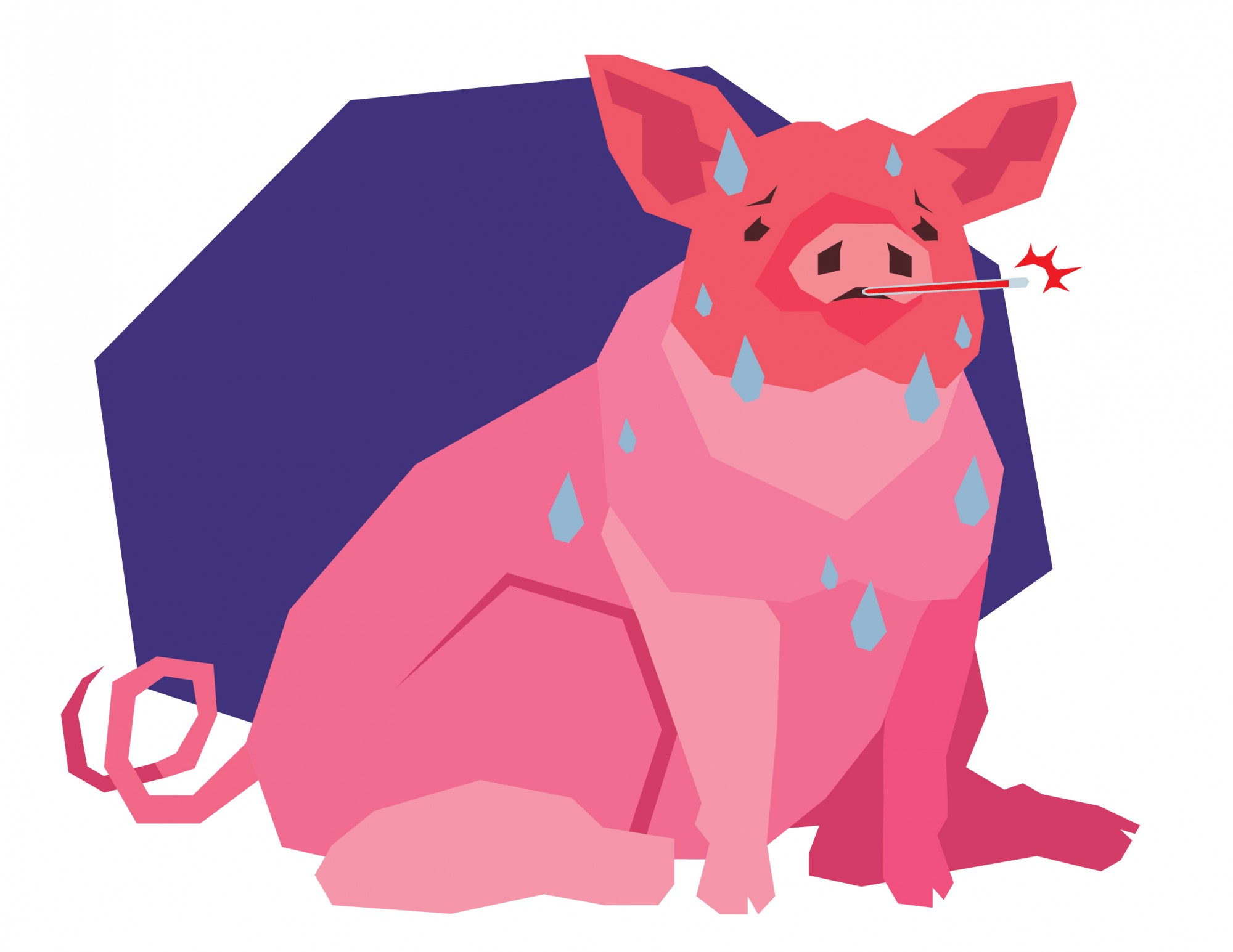 The University of Minnesota has formed a response team to prevent a deadly swine fever from spreading to the United States.

While the African Swine Fever poses no threat to human health, it is a risk to the pork industry and many other industries across the globe. The team will soon test a virus similar to ASF to answer questions about virus survival and activation, researchers said. Using these findings, they will meet with different companies in the pork industry to address potentially preventing the spread of the disease and stopping it altogether.

“If the [ASF] virus entered the U.S. production herd, it could be devastating,” said Declan Schroeder, leader of the research team and a University associate professor in the Department of Veterinary Population Medicine.

ASF first became prevalent in China in 2018, and since then, the country’s swine production has halved due to deaths from the disease, he said.

While the disease has not reached the U.S., the team is working to keep it that way.

The team received nearly $300,000 from the United Soybean Board and other companies, he said. With this funding, they will develop an investigative procedure, called an assay, to test the surrogate microalgae virus, which is similar to ASF.

“This is quite out-of-the-box thinking because most people wouldn’t think an algae would be animal-like,” Schroeder said.

Few labs in the U.S. have received permission from the government to test the actual ASF virus, said Gerald Shurson, a researcher on the team and a University professor in the Department of Animal Science.

Because their lab wasn’t one of them, Schroeder suggested using the microalgae virus, Shurson said.

“In this case, we’re going to be evaluating it to see how we can destroy it under various time and temperature, assuming it behaves similar to the African Swine Fever virus,” Shurson said.

Once activated, the disease cannot be stopped. There is no vaccine or treatment for ASF, he said.

“The surrogate assay allows [us] to add confidence to suppliers,” Schroeder said. “This gives suppliers a more effective way to actually test whether their inactivation protocols or mitigation protocols are good enough.”

Mike Bohmbach, the lead analyst for ASF at Cargill, is responsible for looking at the impact of the virus on Cargill’s feed business.

“There is data pointing towards feed ingredients being potential carriers of ASF,” he said.

Cargill is focused on minimizing those risks in its own supply chain.

In the unlikely event that ASF spreads to the U.S., the demand for swine feeds would decline, which could hurt Cargill as a large processor of corn and soybeans, Bohmbach said.

“If you’re a U.S. pork producer or chicken producer, at least at the moment, ASF benefits you financially,” he said, regarding China’s increased need to import protein products.

U.S. producers are currently benefiting from a strong export demand, Bohmbach said, but that would drastically change if ASF came to the U.S.

“The impact will be that U.S. pork exports will basically shut down overnight while they do some type of emergency assessment,” he said. “There would be a large financial impact to U.S. pork producers.”

Michael Crusan, the communications director at the Minnesota Board of Animal Health, recommended simple biosecurity measures to help stop the spread of ASF, such as not importing pork products from infected countries or being mindful of who is near any pigs.

It falls on farmers, producers and people in the industry to do these proactive measures, Crusan said.

“If you get in a practice and a routine for that kind of biosecurity, you’ll be able to handle any disease that comes your way,” he said.