The Law School is on track in its three-year plan to eliminate a multi-million dollar deficit. 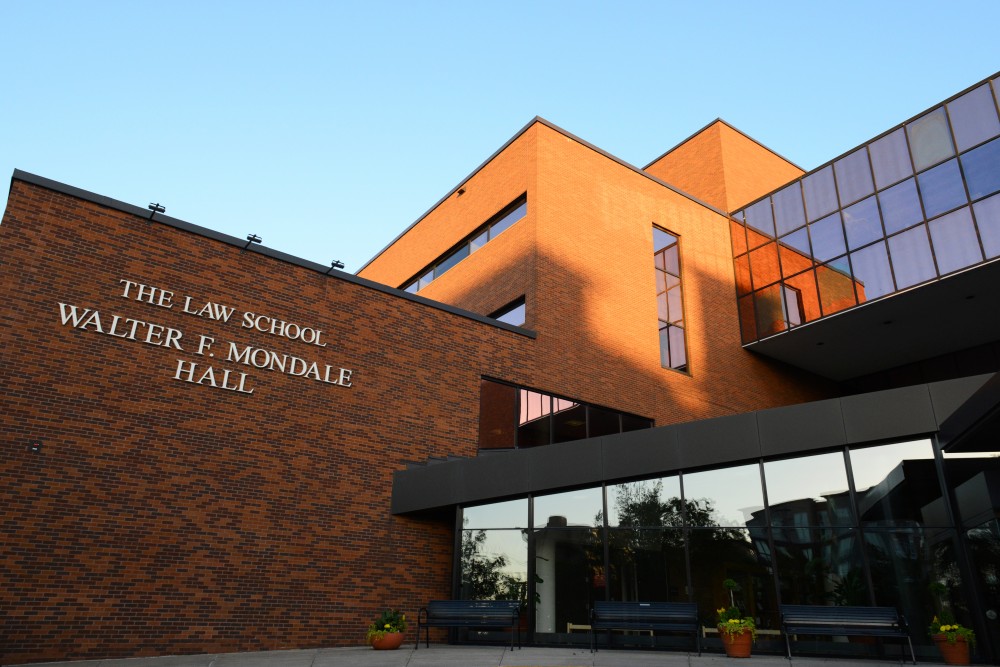 The University of Minnesota Law School is seen on Tuesday, June 5.

Rising enrollment numbers and applications are among signs of progress for the University of Minnesota’s Law School as it works its way out of a multi-year, multi-million dollar deficit.

This fall, the Law School saw its largest entering juris doctorate class in seven years. Exceeding its own enrollment projections, the school’s prospects for next year look just as bright. As of January, J.D. applications are up 20 percent.

Increasing enrollment and tuition revenue is a key part of the Law School’s three-year plan to eliminate its deficit by fiscal year 2021. University officials say the plan is on track after its first year, but the Law School still needs to resolve a $3.9 million shortfall over the next two years.

“They’re beating their numbers both on revenue and enrollment, and they’re holding the line on expenses,” said Brian Burnett, the University’s senior vice president for finance and operations. “They are doing the things we asked them to do. They are hitting the metrics we ask them to hit. But it’s not a magically there thing. It’s a continuous process.”

The Law School met or exceeded all 18 benchmarks set for the plan’s first phase, which range from increasing enrollment to amping up philanthropic donations and cutting discretionary expenses.

The school has reduced non-student aid expenses by 33 percent in the past two years. The reduction has largely come from eliminating dozens of faculty and staff positions, cutting tenured faculty salaries and limiting raises.

Law School Dean Garry Jenkins said the efforts have not been easy.

“It has meant a lot of cuts, a lot of change. Lower salary increases for our faculty and [professional and administration] employees than those received by the rest of the University for four of the last five years,” Jenkins said at a Board of Regents meeting early this month. “It is something we have been taking very seriously and we are very committed to success.”

The Law School deficit followed the freefall in prospective students applying for law schools after the Great Recession. Between 2010 and 2017, J.D. applications across the country fell around 40 percent. Applications dropped by more than 50 percent in that time period at the University, which led to a decline in overall revenue.

The University plan, approved by the Board of Regents, seeks to maintain the school’s reputation as a top 20 law program by investing more while incrementally cutting its deficit.

“Having a top 20 law school is important to law firms here in the Twin Cities,” Burnett said. “We looked at some schools that decided not to defend their ranking and continue to grow to try and solve fiscal issues. And the lower the ranking got, the harder it was for them to generate tuition.”

Third-year law student Robert Dube Jr. said the rankings are important to prospective students, even though they may be superficial.

“Rankings can be a very simple barometer to figure out; okay, if I go to a school in the top 20, top 25, that’s probably a national school that will allow me to go practice wherever I want,” Dube said.

Dube, the president of the University’s Law Council, said the school has maintained its high academic rigor, kept class sizes small and continued to provide scholarships.

“As [students], we haven’t really felt the effects of the deficit,” he said. “We don’t really see any slowdown in services or worsening of the educational experience. It’s all stayed pretty consistent.”

However, despite increased enrollment of J.D. students, the University has seen a stark decrease in the number of international law students.

“What am I concerned about? What keeps me up at night? Well, one thing would be the uncertain global environment and its impact on foreign student enrollments,” he said at the regents meeting.

“I will confess that was not part of our plan,” Jenkins said, attributing decreases in the Law School’s second-largest program partly to the current political environment.

The University’s LL.M. program reflects a national pattern in graduate schools: The number of new international graduate students across the country has dropped each of the past two years, according to a survey by the Council of Graduate Schools.

But University officials remain hopeful the Law School will overcome its deficit in the coming years.

“After a semester into this … three-year plan, all signs point to the Law School doing the things they need to do on their end to successfully come out of this,” Burnett said.