The Second City Comes to the Flour City 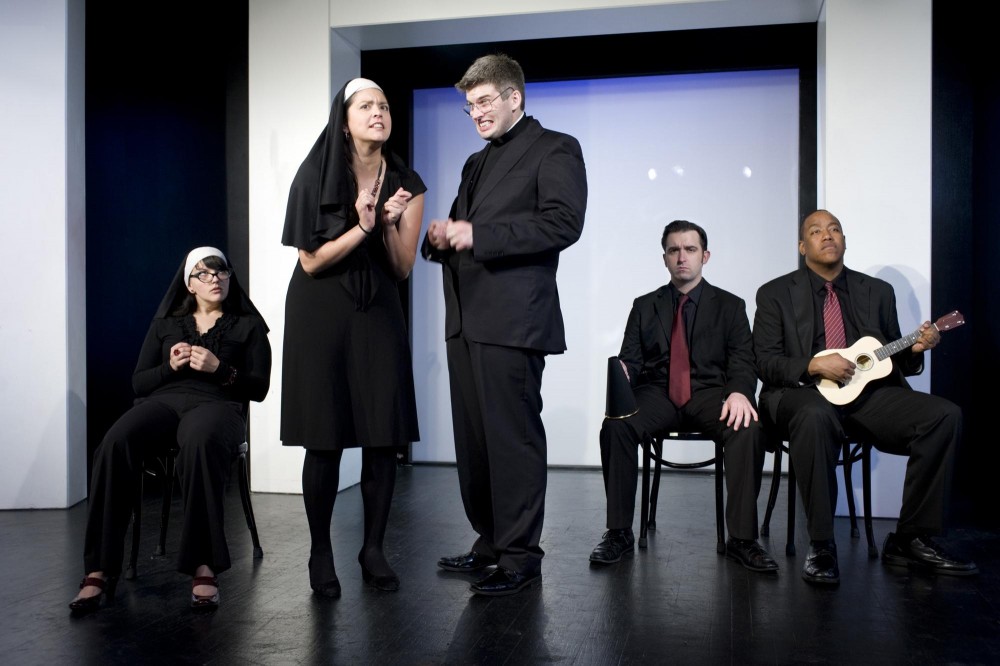 WHAT: The Second City Goes to College: The FAFSA and the Furious

When âÄúThe Second CityâÄù Red Company touring team lands in Minneapolis, itâÄôll bring with it 52 years as a revered source for improvisational comedy and a launch pad for the careers of anyone from Joan Rivers to Chris Farley.

But that doesnâÄôt mean its players are daunted by the reputation of their club âÄî which seems more than happy to have them as members âÄî nor will they come in riding on a high horse or resting on their laurels.

âÄúThey take care of us as much as we do them, but there is a sense of wanting to uphold the quality of a âÄòSecond CityâÄô show,âÄù troupe member Derek Shipman said. âÄúYour improv should always be the height of your intelligence âÄ¦ We want to represent them as best we can.âÄù

When they come to the University of Minnesota campus, theyâÄôll be representinâÄô with their student-centered performance of âÄúThe FAFSA and the Furious.âÄù The show features both revived and original material complete with the titular pun that is nearly endemic to improv shows but also nods toward the referential nature of its content.

âÄúWe have to keep aware of whatâÄôs going on in the world. [Fellow cast member] Natalie [Sullivan] and I started watching âÄúJersey ShoreâÄù just because it was something that America was doing âÄ¦ we had no interest in it, and now weâÄôre of course hooked like everybody else,âÄù Shipman, who also wrote an Angry Birds musical number, said.

The rigor of the research process adds a tenor to what is improvâÄôs siren song for the comically inclined.

Cast member Warren Johnson had a friend who was studying medicine in college and, on a whim, decided to go on an improv class retreat.

When on stage, performers often need to identify their audience and prescribe the right dosage of natureâÄôs best medicine.

âÄúWhen youâÄôre in a scene you can read people and read where somethingâÄôs going or read the energy of your fellow cast members and know where to take the scene,âÄù Johnson said.

While improv will take the stage with âÄúThe FAFSA and the Furious,âÄù the larger portion of the show will be original work by the cast along with tried and true âÄúbest ofâÄù sketches written by notable alumni like Steve Carell, Stephen Colbert and Tina Fey, as noted by cast member Sullivan.

Sullivan wrote a piece for the show about a particularly randy bar patron who seeks to bed a college student with a slew of vulgar come-ons, a piece for which she drew from personal experience and quite possibly the âÄúsay-no-moreâÄù elbow-nudging chap from Monty Python.

âÄúShe uses some pretty raunchy metaphors âÄ¦ But the reveal in it is that this is a guy who is covering up a softer side to himself,âÄù Johnson said.

Johnson touched on SullivanâÄôs piece as an example of work that expresses a nugget of poignance, or grain of truth, at the core of its jokes.

While moralistic comedy or the enduring quality of social and political commentary written in the âÄò60s may bring some to the theater, itâÄôs in the good old-fashioned show business sentiment that the showâÄôs worth watching.