Residents were evacuated from the building on Tuesday afternoon. 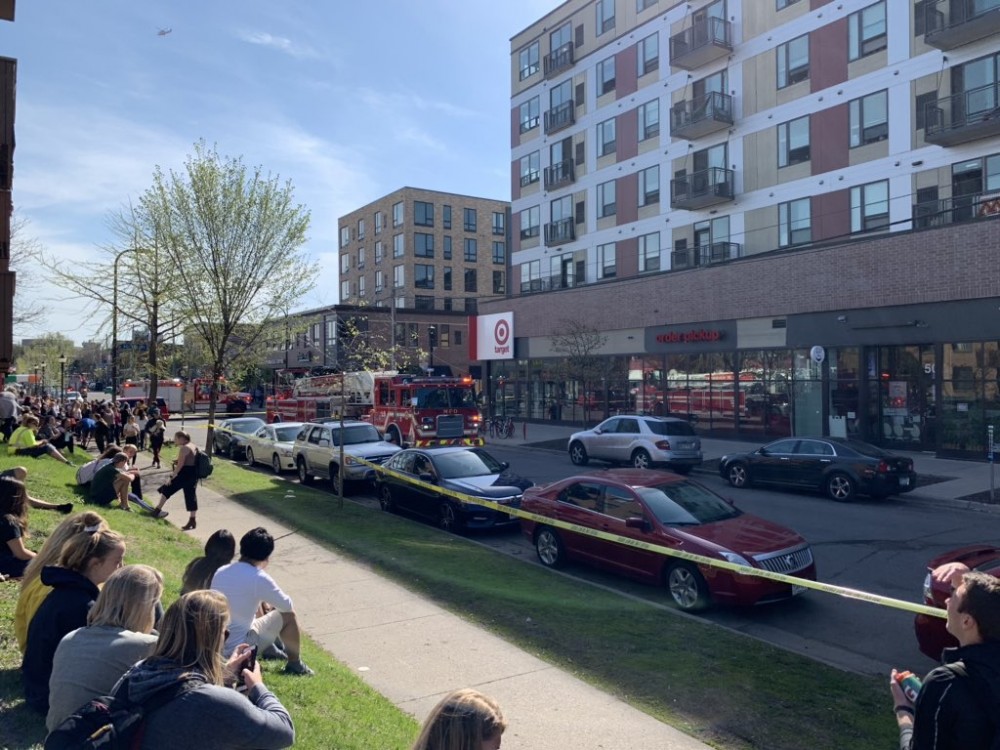 Residents wait outside The Marshall apartments in Dinkytown on Tuesday, May 7 as fire fighters respond to an unconfirmed report of ricin in the building.

Update: The case has been transferred to the FBI. The Minneapolis Police Department is now acting in a support role, according to MPD spokesperson John Elder.

A Dinkytown apartment complex was evacuated Tuesday after an unconfirmed report of ricin poisoning, according to the Minneapolis Fire Department.

Residents of the Marshall were evacuated around 4:30 p.m. The Minneapolis Fire Department stated it received the report via a 911 call, and one female resident was hospitalized before MFD arrived to the scene.

Bryan Tyner, an MFD spokesperson on the scene, stated ricin needs to be injected or inhaled to be dangerous. The building’s HVAC system was turned off as a precaution, according to MFD.

Tyner said the department’s next step will be identifying the substance, and that it’s rare for them to encounter ricin. They do not expect criminal activity at this time.

The incident was contained to the fifth floor of the B building, one of the apartment complex’s three buildings, according to the Marshall’s management. University of Minnesota student and Marshall resident Mary Korlin-Downs heard the alarm but didn’t evacuate until her gymnastics teammates called her.

“The fire alarms go off all the time here, so a lot of the residents just don’t evacuate.” Korlin-Downs said. “Usually, the Marshall would send out a text or something to say what’s going on and they haven’t yet, so that’s a little concerning.”

An alert sent to residents by building management around 5:30 p.m. stated the building was evacuated “as a precautionary measure while they investigate a potential Hazardous Materials incident.”

The Marshall management sent another alert to residents around 6:35 p.m. announcing they will be providing dinner to displaced residents at Blarney Pub & Grill until 9 p.m.

Around 6:45 p.m., fire fighters began leaving the scene, but told residents that it may be more than another hour until they are let back into their apartments. Tyner told the Minnesota Daily that the investigation is being handed over to the Minneapolis Police Department.

Construction workers and Target employees were briefly let into the building around 6:53 to grab their belongings.

Around 8:24, a hazmat truck arrived at the Marshall. A police officer said the room containing the substance will be secured, and MPD will work to reduce their perimeter around the building.