After two upset wins over Big Ten rivals, the Gophers seek to streak. 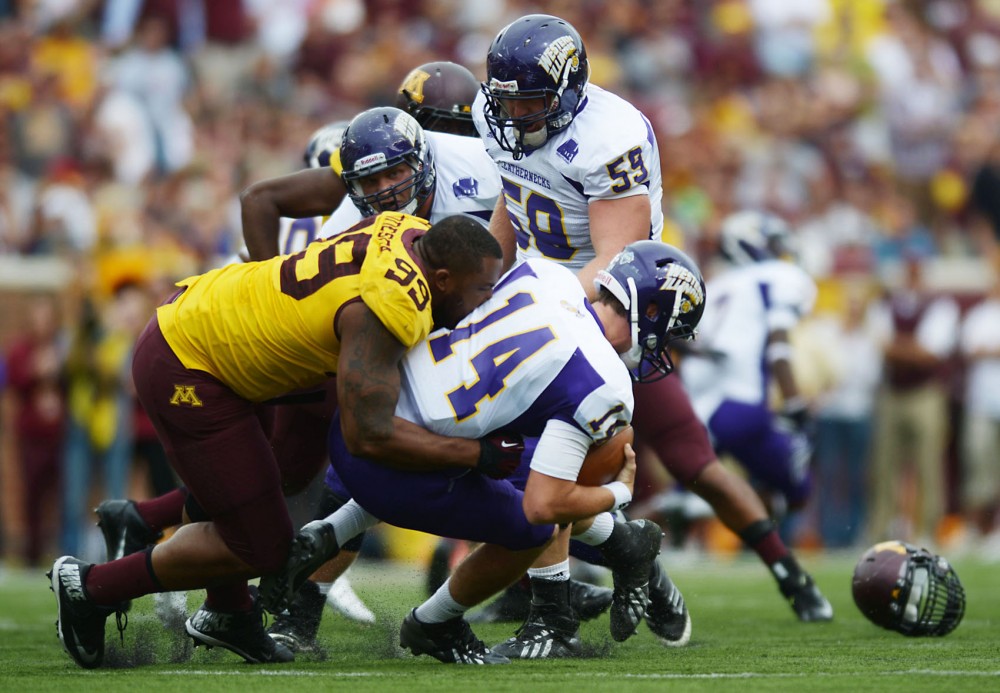 Sophomore quarterback Philip Nelson said his teachers greeted him with congratulations in his business class Tuesday, something he said is “a little bit new” for him.

Nelson threw for a touchdown and rushed for two more last Saturday as the Gophers beat Nebraska 34-23.

The Gophers would likely need to win their remaining four games — starting this Saturday against Indiana — and also get some help to make the Big Ten championship game.

But players said they think the team has a chance to win out.

The Gophers’ hopes of winning Saturday will hinge on their ability to stop Indiana’s quick-strike offense. The Hoosiers have averaged 42.4 points through seven games this season and scored 47 in a loss to Michigan on Oct. 19.

Minnesota defensive coordinator and acting head coach Tracy Claeys said many of Indiana’s big plays come on short passes and subsequent missed tackles. He said the Hoosiers’ passing game is similar to San Jose State, which the Gophers beat Sept. 21. But the Hoosiers have a stronger rushing game than the Spartans, he said.

Claeys’ defense held a Nebraska offense that had been averaging more than 40 points per game to scoring just 23 last Saturday. It limited the Huskers to a 33 percent conversion rate on third downs, sacked Nebraska quarterback Taylor Martinez four times and forced two turnovers.

Junior defensive end Michael Amaefula said he thinks the team will be just as successful this weekend if it focuses on stopping the run and forcing the Hoosiers to pass.

He also said the Gophers will need to generate pressure on Indiana quarterback Nate Sudfeld.

Sudfeld leads an Indiana offense that averages more than 340 passing yards a game. He and fellow sophomore quarterback Tre Roberson have combined for 22 passing touchdowns this season.

Claeys said the Gophers will try to limit Indiana by keeping their offense on the field as much as possible.

The Gophers did just that last Saturday, dominating the time of possession battle by more than 10 minutes. Their offense kept Nebraska off-balance through a power running game, a flurry of pre-snap motions and wide receiver sweeps.

He said the team’s confidence is on the rise after strong performances the past two weeks.

Claeys has said he thinks the Gophers are better than they were a year ago, when they won six games.

“Now we’ve got an opportunity to go out and prove that,” he said. “Nobody’s satisfied with where we’re at right now.”