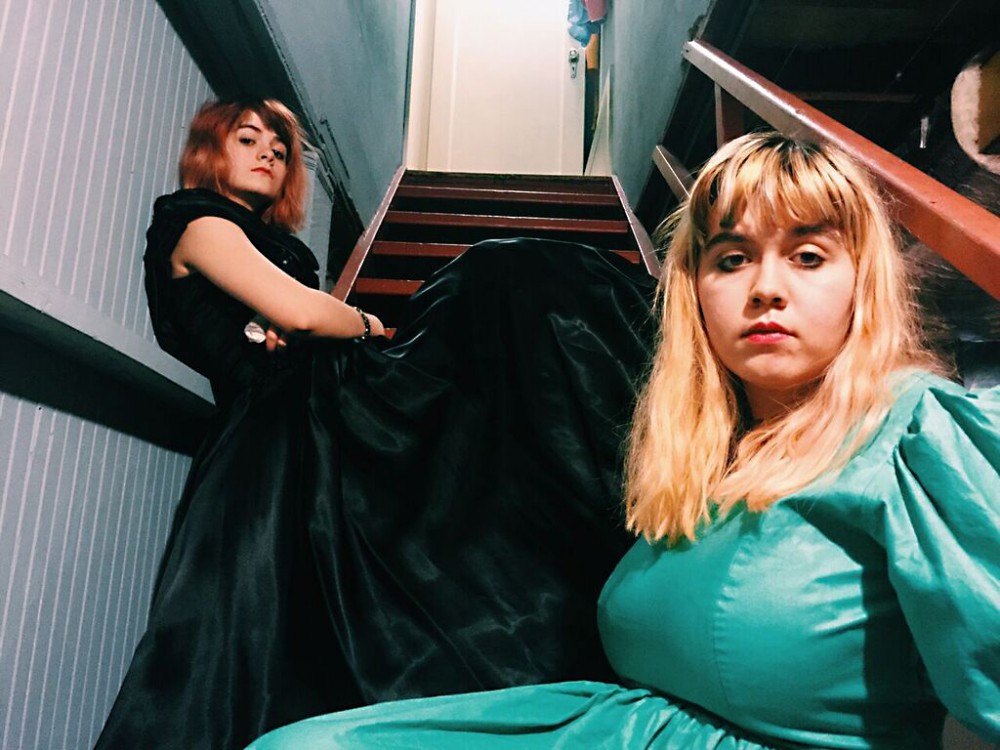 Jared Hemming
When you’re a teenager dreaming of forming a band, including your little stepsister in the group is usually pretty low on the priority list.
At age 9, Kelli Mayo was determined to join the band her stepsister Peyton Bighorse, then 14, was forming.
“Peyton originally wanted to start a band with all her friends, not including me, because I was her ‘lame little sister,’ ” Mayo said. “But I begged — I just started writing songs as soon as Peyton said maybe I can be in her band. It ended up just being the two of us.”
Once Bighorse and Mayo decided to make music together, they began teaching themselves how to play guitar, bass and drums. Soon after, the duo formed Skating Polly and made their first album, 2011’s “Taking Over the World.”
Now 16 and 20, Mayo and Bighorse are stopping at the 7th Street Entry on Wednesday on tour for their latest release, “The Big Fit.”
For their fourth album, Skating Polly explores their signature “ugly pop” sound.
“We wanted to make an album where no two songs sounded alike. As you listen to the album, it’s a rollercoaster of moods and sounds and vibes,” Mayo said. “That’s why we called it ‘The Big Fit’ — they all support each other by being so different.”
Working with producer Kliph Scurlock, formerly of the Flaming Lips, the band said the process of recording “The Big Fit” was more productive than their previous albums.
To change things up, they decided to reintroduce keyboards into their sound, adding another task in their frenzied, instrument-swapping live setup.
“We’re a little nervous because we haven’t brought a keyboard on tour in awhile,” Mayo said. “It’s going to be dynamic.”
But switching between guitar, bass, drums and keyboard won’t be the only thing keeping Skating Polly energized during their show — the pair plans to hang out with the members of Babes in Toyland after their set.
They’re especially excited to meet former Babes bassist Michelle Leon; she’s a fan of Skating Polly and asked Mayo and Bighorse to write blurbs for her book, “I Live Inside,” earlier this year.
“We’re excited for the Minneapolis show because we get to meet some of our favorite people,” Bighorse said.
They’ll play singles from the album, like “Pretective Boy,” showcasing the duo’s knack for writing catchy fuzz-pop gems.
“It’s become very collaborative these past few years, especially on this album,” Bighorse said.
Mayo agreed and said the work is a shared effort.
“Sometimes the songwriting process is 50-50. You start the song as something and then bring it to the other person, and sometimes they go in a completely different direction [with it],” Mayo said. “We don’t really fight over things to do with the song. If one of us wants to change it, we usually both feel the same way.”
Skating Polly
Where 7th Street Entry, 701 N. First Ave., Minneapolis
When 7:30 p.m. Wednesday
Cost $8
Ages 18+
Delete Image
Align Left
Align Center
Align Right
Align Left
Align Center
Delete Heading