An art party with a bang

After a hiatus, multi-media extravaganza Ricochet Kitchen is back at The Bedlam. 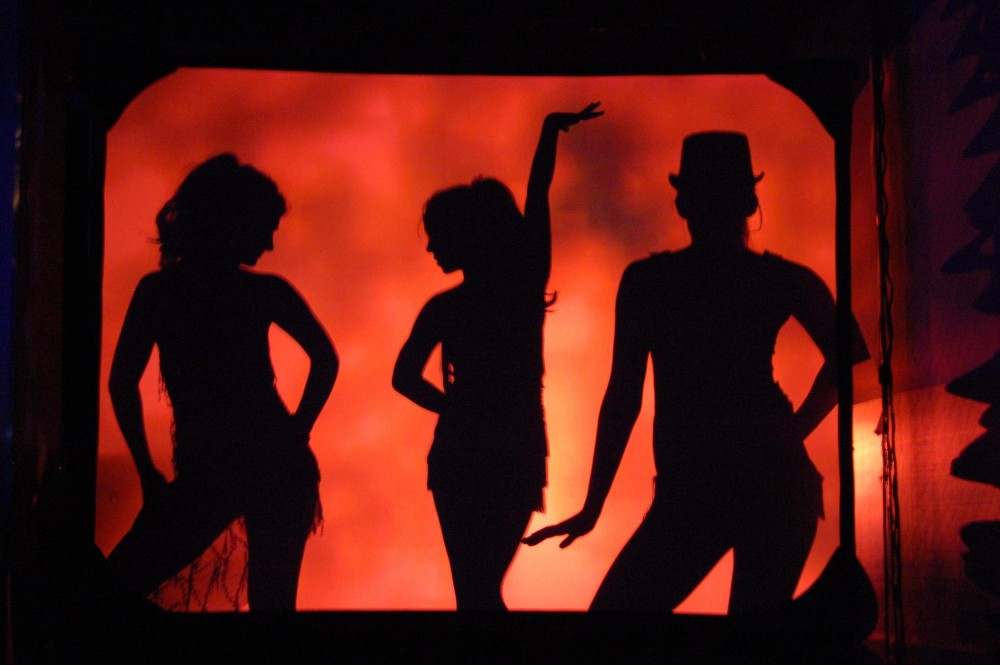 Ricochet Kitchen WHERE: Bedlam Theatre WHEN: April 3, 8:30 p.m. TICKETS: $5 (21+)/$10 (18 and under) On a typical night at the Bedlam Theatre, bands, plays and community events fill up the sprawling space. But on April 3, each room of the West Bank mainstay will hold countless different media creations, from music to film. Artists will work magic on a sprawling canvas while onlookers socialize under the stars. This full-throttle art experience has been made possible by Ricochet Kitchen, an interactive âÄúmultisensory art partyâÄù that is now back with a vengeance after a six-year hiatus. The idea began in 1996, when co-creator Paul WonSavage met choreographer (and future wife) Kristin Freya, who was head of a dance company called Vox Medusa . Her work in various art scenes, from poetry to opera, led to the collaborative effort she and WonSavage christened Ricochet Kitchen. âÄúOne thing I love about this city is that everybodyâÄôs so open and interested in each otherâÄôs work. That was the origin,âÄù Freya said. âÄúExposure is our mission, exposing people to new things and giving them freedom to express themselves.âÄù The first Ricochet Kitchen premiered in 1997 and gathered momentum as the years went by. Freya and WonSavage, with a collective of artists and performers, went on to do shows at all sorts of local hotspots, from the now-defunct Theatre de la Jeune Lune to First Avenue. âÄúRicochet Kitchen went through many different forms,âÄù said WonSavage. âÄúWe made them interactive. We did a show called Paint, with 1,500 square feet of canvas and paint supplied for the audience so they could paint while the party was going on.âÄù Other events, such as an avant-garde show called âÄúNudeâÄù and even a WonSavage/Freya wedding onstage at First Avenue , only fueled the Ricochet Kitchen fire. âÄúWe went from having 200 people come through the show to 1,500 people. It grew to a point where it was time to move on and do something else,âÄù WonSavage said. The pair took a break to travel and pursue their careers. Freya was commissioned to do dance work in Cairo and the duo made stops in Tokyo, Barcelona and England along the way. But upon return to Minnesota, they discovered that the public was still yearning for Ricochet KitchenâÄôs magic. âÄúIt was in the air that people wanted this again,âÄù WonSavage said. Thus, it was revived. This year, the Bedlam Theatre is the scene of the crime. On one stage, dancers from FreyaâÄôs company Vox Medusa and bands like indie-electro Apollo Cobra will perform. On the other will be what WonSavage calls âÄúa sort of cabaret,âÄù with spoken-word performers like award-winning Brother Ali collaborator Desdamona and beatboxer Carnage holding court under the moniker Ill Chemistry . TheyâÄôll be accompanied by a puppet show and independent film shorts. Upstairs, onlookers can get a massage in a mellow lounge atmosphere, and on the rooftop patio, experimental bands will lend ambiance. âÄúItâÄôs like an amusement park of art,âÄù WonSavage said. âÄúYou can check out a film, then go upstairs and hear intriguing new music, wait five minutes and then thereâÄôs a new performance for you,âÄù said Freya on her brainchildâÄôs magic quality. Old friends who have participated in past Ricochet Kitchens return to the bill, while social media tools like Facebook, not yet invented during Ricochet KitchenâÄôs prior heyday, have expanded Freya and WonSavageâÄôs artistic circle and exposed them to new work. The BedlamâÄôs West Bank location isnâÄôt the only University-related tie to Ricochet Kitchen. Dance seniors Renee Copeland, Kayla Schiltgen and Kelly Kane are on schedule at this yearâÄôs installment with modern dance pieces theyâÄôve created.âÄùThereâÄôs a lot of social consciousness within their work. ItâÄôs definitely a sense of, âÄòWho am I against the rest of the world?âÄô âÄù Freya said. Placing art in an accessible, social atmosphere where its participants are encouraged to clap, hoot and rub elbows is Ricochet KitchenâÄôs mission. WonSavage said, âÄúWe rediscovered this passion for the huge community circuit arts event, giving ourselves and artists the freedom to create something unique and different. ItâÄôs time for something to be presented thatâÄôs different.âÄù