The proposal for new housing aimed at University of Minnesota students includes 110 units of studio and one-bedroom apartments. 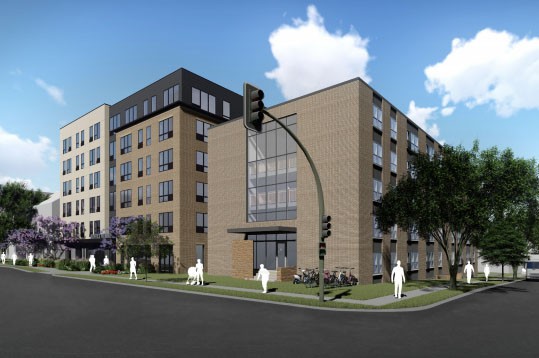 Representatives at North Bay Companies and DJR Architecture presented plans for an apartment with 110 studio and one-bedroom units to a Minneapolis planning commission committee last month. If finalized by the development team and approved by city officials, the project would likely be completed in 2022.

This proposal would be among multiple projects that North Bay and DJR have introduced to Marcy-Holmes in recent years, including a hotel and micro-unit apartments.

“It’s really a great reuse of this land,” said Sam Penders, a Marcy-Holmes resident and former University of Minnesota student.

The properties would operate under the name Oliver & Wendell Apartments, referencing Oliver Wendell Holmes, a namesake for the neighborhood.

The site plan includes two levels of parking, a rooftop patio, bike storage and a common area including a lounge.

Marcy-Holmes resident Cordelia Pierson said the project’s proposed height and density are mainly consistent with plans for the area.

“We need to see development like this,” she said.

“It’s not very far from the U. It’s on like several major transit lines … It’s super close to downtown across the Stone Arch Bridge,” he said.

The five-story building that will remain is already undergoing renovations with first improvements to be completed within the next 30 days, Oberpriller said.