Researchers designed a bike to alerts cars if they get too close to a bicyclist. 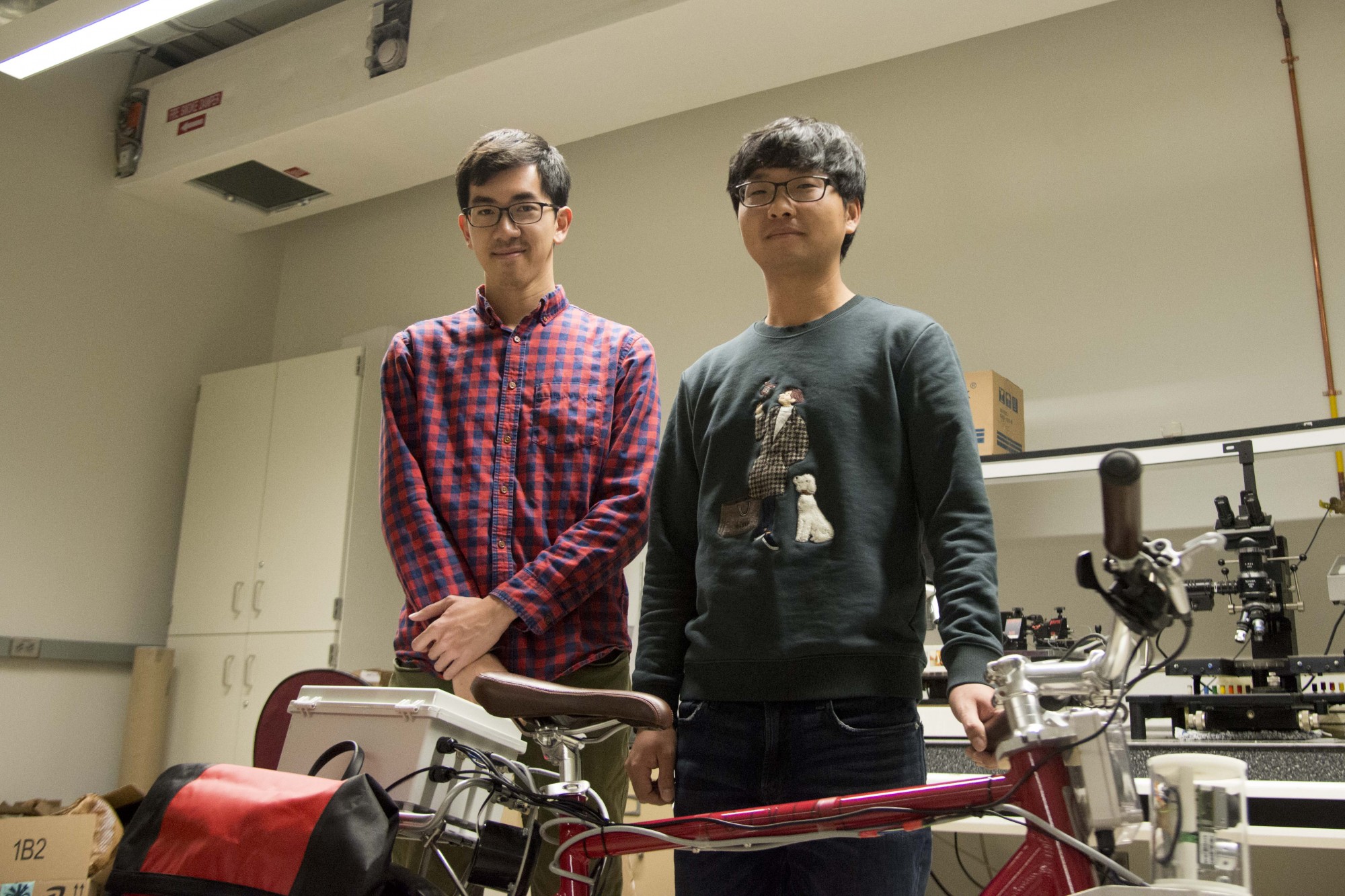 Zhenming Xiem, left. and Woongsun Jeon, right, pose for a portrait in the Mechanical Engineering building on Monday, Nov. 4. Xiem and Jeon have been working on a prototype bike system since 2015 to help improve cyclist safety.

With the goal of reducing bike-car collisions, University of Minnesota researchers have designed a bike that alerts drivers when their car gets close to bikers.

Researchers in the Laboratory for Innovations in Sensing, Estimation and Control developed the bike alert system to protect bicyclists from vehicles that get too close to them. The researchers hope the technology will reduce accidents between vehicles and bikes on the road. This is especially important on the University campus, which sees heavy car and bicycle traffic year-round.

The electric bikes are equipped with sensors that track the movements of cars around them. Speakers on the bike emit a loud horn-like noise if a car is in close proximity. The intent of the noise is to alert the driver of a car that there is a bicyclist nearby.

“The noise does not harm the bicyclist, but is loud enough so a driver in a vehicle will hear it,” said Woongsun Jeon, one of the engineers who designed the alert system.

The software on the bikes tracks data like how fast a car is moving and how close it is to the bike.

To test their effectiveness, three subjects will be riding the electric bikes in the community for the next few weeks. The bikes look like normal bikes, except they have sensors, a battery box and speakers attached to them.

Nichole Morris, director of the HumanFIRST Laboratory, which is involved with the project, said the purpose of subjects riding the bikes for several weeks is to get feedback on how the bikes operate. Part of this involves looking at whether the alert system is sending out the noise signal when it is supposed to.

The project is still in the early stages, so researchers are using these subjects to determine if the alert system does what it is supposed to while out on the roads.

As the subjects ride these bikes, the bikes collect data which will indicate if any tweaks need to be made to the bike sensors.

Researchers also plan to use the data to see where there are more bike-car incidents.

They will be using the data to improve the alert system and will conduct another round of testing with subjects in the community in the spring.