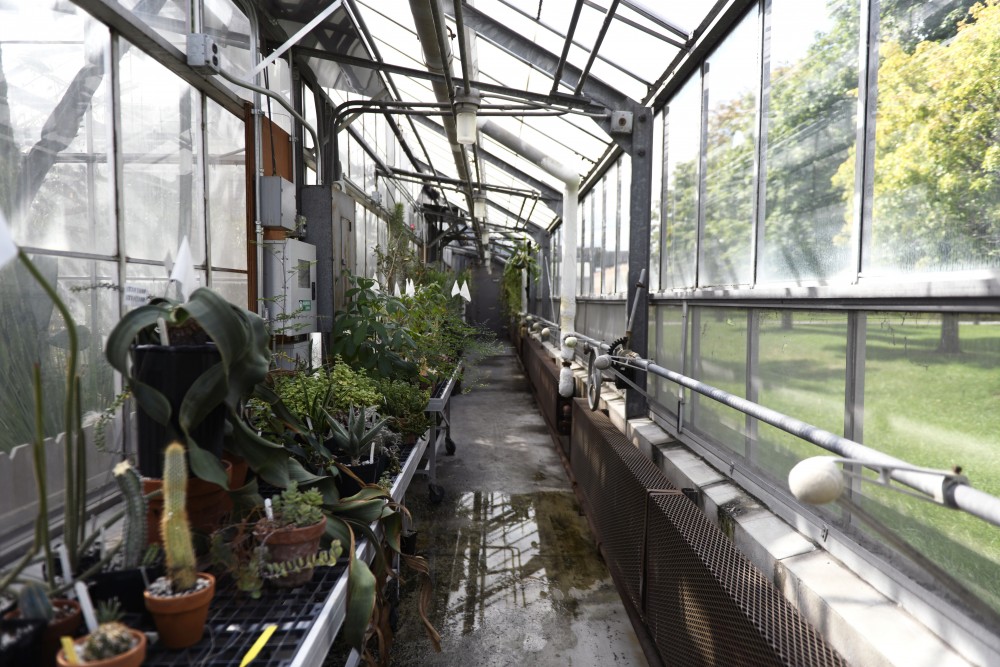 The College of Biological Sciences Conservatory as seen on Monday, Sept. 10 in St. Paul. Construction for a new conservatory begins in October.

University of Minnesota researchers created the world’s first global vegetation map based on data from 45,000 plants belonging to more than 3,600 species.

More than 50 researchers worked on the project —  a multi-year endeavor — published in late November. Experts said mapping plant traits will offer a better understanding of the carbon cycle, which impacts climate change.

“For the first time we have wall-to-wall coverage of important plant attributes,” said project leader Peter Reich, a Department of Forest Resources professor. “This allows us to do a much better job of making plant models.”

The researchers collected data from every continent except Antarctica and Africa. The information is a major contribution to the largest global plant trait database, TRY, Butler said.

Each point on the map shows a full distribution of trait values, summarized by a mean and a standard deviation, while traditional models contain one value, Butler said. The map also allows researchers to see the distribution of plant traits at both local and global levels, he said.

The map will provide researchers with insights about the carbon cycle and climate change, Butler said.

“Maps are an input to make estimates for how carbon change will occur with climate change, as these plant traits drive the carbon cycle. With this map, we will know that there is real variation,” Butler said.

Some experts say local variability of plant traits will lead to more accurate modeling of the carbon cycle in Earth System Models.

These variations in plant traits will affect the carbon cycle and contribute to climate change, a major environmental problem, Reich said.

“We are currently working on including the global map findings into climate models. This will give us an idea of how carbon is being absorbed,” Datta said.