The price for the pass is up 51 percent in the last three years, far outpacing the first six. 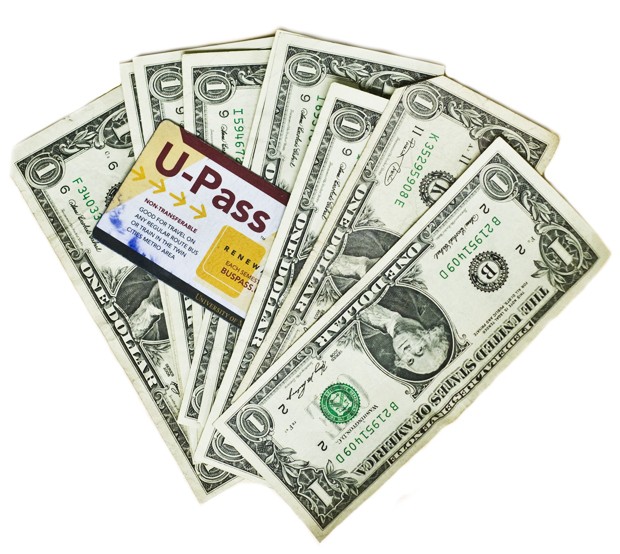 As a student at the University of Minnesota-Duluth, Greta Baker rode the bus for free courtesy of the university and the Duluth Transit Authority. But since transferring to the Twin Cities campus, the communications junior ponnied up $97 for the same service on the Metro Transit U-Pass. âÄúI know itâÄôs the city and all,âÄù she said. âÄúBut weâÄôre students.âÄù The U-Pass started out at $50 in 2000, partially funded by a federal grant aimed at reducing emissions by making mass transit more economically attractive to students. The price slowly increased to $62 by 2006. But from 2007 to 2009 the price of the pass increased more than 51 percent, topping off at $97. Despite the increase, ridership continues to boom. Past to present: inception to campus standard Before 2000, University traffic congestion and pollution was weighing heavy on the shoulders of University administrators and local politicians searching for a joint solution. A University Parking and Transportation Services report cited that the most common mode of transportation to and from the University used to be single-occupant vehicles. But through a federal grant and a deal between the Metro Council, Metro Transit and the University, the U-Pass was born. The U-Pass became available in 2000 with a $5.5 million federal grant aimed at reducing pollution, which paid for 80 percent of the pass. The University chipped in the rest of the funding through a $5 fee for all students and a $50 charge for unlimited rides. Initially there were concerns that the student body wouldnâÄôt stop driving, but the program quickly revolutionized campus transit. By the following year, campus bus ridership had increased by more than 40 percent. And with a newly created 3 route âÄî the now-common thoroughfare students use to get from Southeast Como to campus âÄî the U-Pass went from successful to award winning. By fall 2002, 30 percent of University students carried a U-Pass. According to a Parking and Transportation Services study, the University was reducing its emissions by 865 kilograms per day. That year the governor took notice and bestowed the University with the Award for Excellence in Waste and Pollution Prevention. While the program was still growing exponentially in 2003, financial realities started to sink in. The federal grant was running out, and the UniversityâÄôs Office of Budget and Finance warned that the pass would have to be mostly self-sufficient to keep the more than 14,000 students riding the discount bus. In 2004, Jacqueline Brudlos, the marketing coordinator for Parking and Transportation Services, said the price of the pass would remain relatively stable because the University and Metro Transit had verbally agreed to a four-year contract. And prices did remain relatively low, climbing slowly up to $64 in 2007. But in 2008, under a new two-year contract, the price shot up $20 due to rising gas prices and labor costs. And instead of a federal grant, the pass is funded completely through a student transportation fee and the price of the pass. In 2009 gas prices plummeted, but the price of the pass still rose $13. The UniversityâÄôs contract with Metro Transit in 2008 was set to raise the price $37 over two years, but the University chose to raise the price incrementally, Tim Busse, University Services spokesman, said. Glass half full, but for how long? Regardless of price, the U-Pass seems to be picking up steam. But it is uncertain whether future rising prices will convince students to find another form of transportation. Even during the largest price increases in the passâÄôs history, ridership exploded. In 2007, University students used their U-Pass 4.29 million times. And in 2008, the total reached 5.17 million, despite the $20 price hike. Busse said the pass is still a great value. Students pay less in a semester than regular commuters would pay in a month for the same service. Busse said that he doesnâÄôt know what the future contract for the U-Pass will look like, but that the University will continue trying to provide cheap transportation for students. But some students like Greta Baker are looking toward future U-Pass bills with reprehension. If the price goes up much more, she said she might have to find another way to get to class.