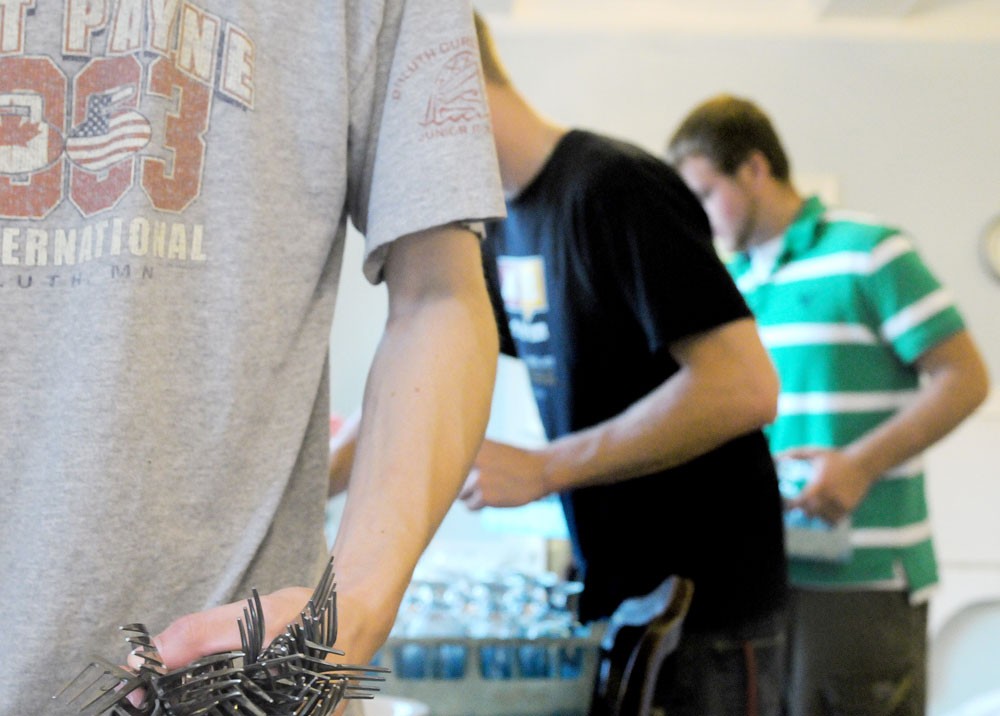 Free meals, a little cash, a chance to befriend sorority women and, in some cases, marry one. These are all benefits of being an Evans Scholar âÄî not to mention the free tuition and housing. Students in the Evans Scholars program âÄî a golf caddy scholarship program that is now in its 50th year at the University âÄî bus dishes at University sororities in exchange for free lunch and dinner Monday through Friday, as well as an hourly wage. John Mendesh , a director of the Minnesota program, which has 49 students living at its house, graduated from the University in 1979. While Mendesh was an Evans Scholar, he bussed at Alpha Gamma Delta , where he met his current wife. According to Mendesh, he is not the only one. Mendesh said over the years a number of Evans Scholars have ended up marrying women from the sororities where they bussed tables. While marriage is not typical, the Evans Scholars typically get along well with the women who live in the sororities. Nicole Mielke , spokeswoman for the Panhellenic Council , said five Evans Scholars bus at her house and that itâÄôs fun to have them around. âÄúItâÄôs really nice just to have cool, down-to-earth guys here, and they also help us a lot. TheyâÄôre amazing people,âÄù Mielke said. Fourth-year Evans Scholar and house treasurer Nathan Aadland said fourth-year students do not have to continue in the program. Aadland, however, decided to continue bussing at Gamma Phi Beta . He said the women at the house are great to be around and donâÄôt fit the stereotype some people hold of sorority members. The free meals are also a benefit because there isnâÄôt an oven in the scholarship house. Aadland said itâÄôs for insurance purposes, but Mendesh said itâÄôs part of the programâÄôs philosophy for students to work for their food and their books. Monday nights are formal dinner nights at sorority houses and the only nights when all of the Evans Scholars who participate in the program have to help out. Mielke said Evans Scholars show up at 4 p.m. at her sorority house every Monday. They help the cook and the house manager prepare everything for dinner, which starts at 5:30 p.m. After dinner, they stay for part of the night to help clean up. The Evans Scholars program, which is sponsored by the Western Golf Association , awards scholarships to more than 800 students across the country. The criteria for the scholarship includes being in the top-25 percent of a high school graduating class, at least two years of good golf caddying and financial need. Junior Zoe Ryan is the first-ever female president of the Evans Scholars house. Ryan, who busses at Kappa Kappa Gamma , started caddying at age 13 and said the scholarship was always in the back of her mind. âÄúMy mom was always like âÄòWork hard in school and caddy a lot and get the scholarship,âÄô âÄù Ryan said.