Enrollment doubled in the program, which aims to attract student leaders. 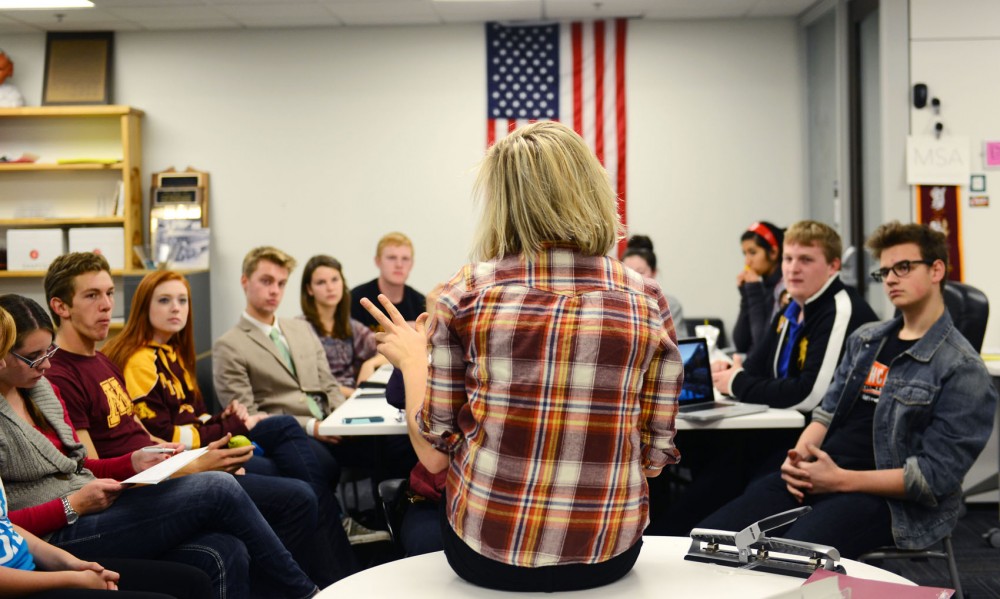 As a sophomore, the University of Minnesota finance major is already MSA’s treasurer.

In its second year, enrollment in the program doubled to 24 members, and many of last year’s participants have moved into leadership roles.

Joelle Stangler participated in the program last year and is now its coordinator. She said several others involved in the
program’s first year have since moved into campus leadership roles in MSA and other groups.

She said working on numerous projects as an intern helped her gain leadership skills and a better understanding of how MSA operates.

“I wouldn’t know nearly as much as I do about MSA right now if I hadn’t been an intern,” Stangler said. “It showed me how I can be a difference-maker on campus.’’

Ramirez said the program made it easier for him to break into MSA’s “tight-knit” community. Without the program, he said, he may not still be involved with student government.

“It can be hard to make connections and feel comfortable when you first join MSA,” he said. “The [program] made that transition a lot easier for me.”

Nick Wilson, a current MSA intern, said he joined the program hoping to make an instant impact on campus.

“It’s a fantastic way to get attached to the student group right away,” he said. “The MSA office is already like a second home to me.”

Another freshman intern, Chris Ceglia, said he didn’t think he could become involved with student government in his first year. But when he heard about the internship program, he was excited to get involved on campus.

“It seemed like the perfect gateway into student government,” he said.

This year, MSA interns will plan events and take on several new projects, including promoting Minnesota’s new medical amnesty law. The interns will also work on relaunching MSA’s “What To Fix UMN” project, which received criticism from some students last year.

“They have the freshest set of eyes and have great new ideas,” she said. “They’re a very dynamic group of students.”

Williams said he’s excited to watch the program continue growing and to see where past interns go.

“I’m very proud of the work the interns did last year,” he said. “I’m pleased to see what many of them are doing now.”