Eric Rogers spent the last five years trying to form a band. Instead, he became one of the Twin Cities’ most exciting new beat makers. 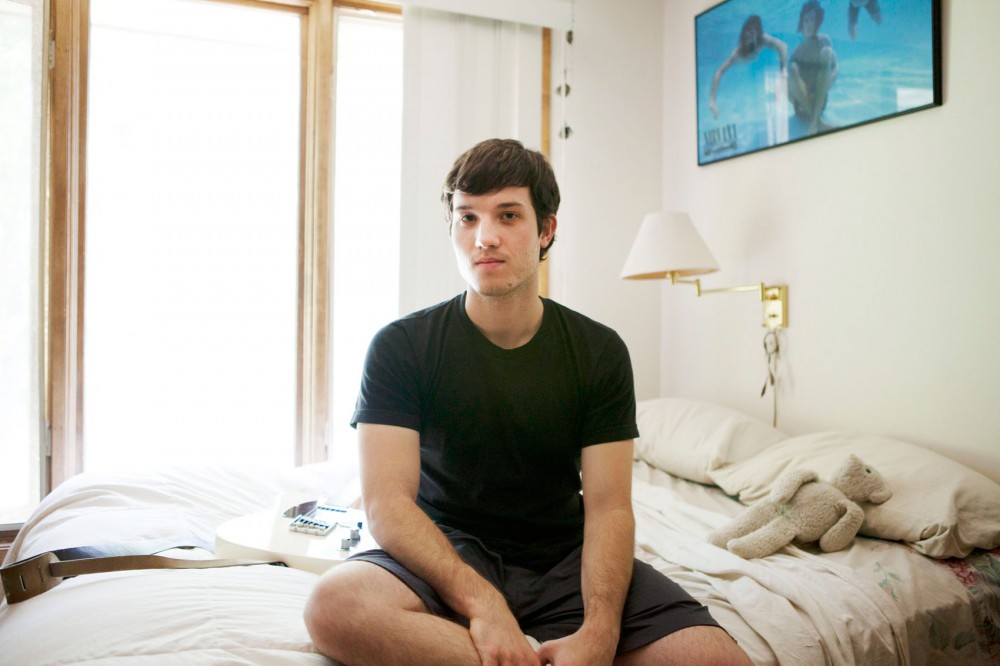 After graduating from University of Wisconsin- Madison Eric Rogers moved back home to his parents house perfect his bedroom electronica.

Eric Rogers always wanted to be in a band. Like a lot of aspiring rock stars, he looked up to Nirvana and Jimi Hendrix. He learned to play guitar and sing at 15. In college, he tried to form a band with some friends. They took on the name Mutables because in astrology, they all had mutable signs: Sagittarius, Pisces, Virgo and Gemini.

But the band kept falling through, and Rogers took the name for himself.

Always thinking a new group was right around the corner, Rogers passed the time by fiddling with beats on his laptop, using fragments of songs he had written for the band.

“While I was doing it I wasn’t taking it seriously at all,” Rogers said. “I was like ‘OK, these are just stupid little beats while I’m working to get my band together. This is just kind of frivolous.’”

He still doesn’t have a band, but along the way Rogers has become the most exciting new electronic artist in Minneapolis.

His song “Microwaving Gumballs” started as a mellow, yearning folk track. Now it’s a spacey dance cut. The song’s origins can be heard in its verse-chorus-verse structure and prominent guitar parts.

“All of the songs really have their origins in me messing around with riffs and stuff on my guitar.” Rogers said. “But [now] all of the notes are on a grid, so it’s all kind of quantified.”

The song “Template” began with a lo-fi dorm-room recording of a guitar melody and blossomed into a gorgeous, Boards of Canada-influenced track after Rogers began layering in digital elements.

When he graduated from the University of Wisconsin- Madison in 2009, Rogers returned home to Minneapolis feeling aimless. He moved back into his dad’s house on Cedar Lake and began to fine-tune the beats that were just a hobby in college.

Rogers labored over every detail of the recordings, but he was nervous to let people hear them.

This summer, Rogers finally decided that he would release a free, self-titled EP before putting the songs aside for good. Then Radio K called Rogers for an in-studio performance, and he played his first show in late July at Honey.

Now that he finally has some traction, Rogers is exploring where his music will go next and how he wants to play it live. He has about 20 more alt-folk songs that he wants to record under the Mutables name. Rogers said he also wants to start collecting field recordings and mixing them with digital elements live onstage.

“Making the EP was very much an exercise in being meticulous,” he said. “But I’d like to start working in ways that are more challenging in terms of improvisation.”

Rogers still hasn’t given up on forming a band. He wants the group to have a string section to add a more organic and honest sound.

“I like music that’s honest, and I think you can hear that honesty come through even with music without words,” he said.