Review: ‘Tomb Raider’ is for the … we’re not sure.

Unfortunately, Alicia Vikander’s cool-girl take on Lara Croft might not be enough. 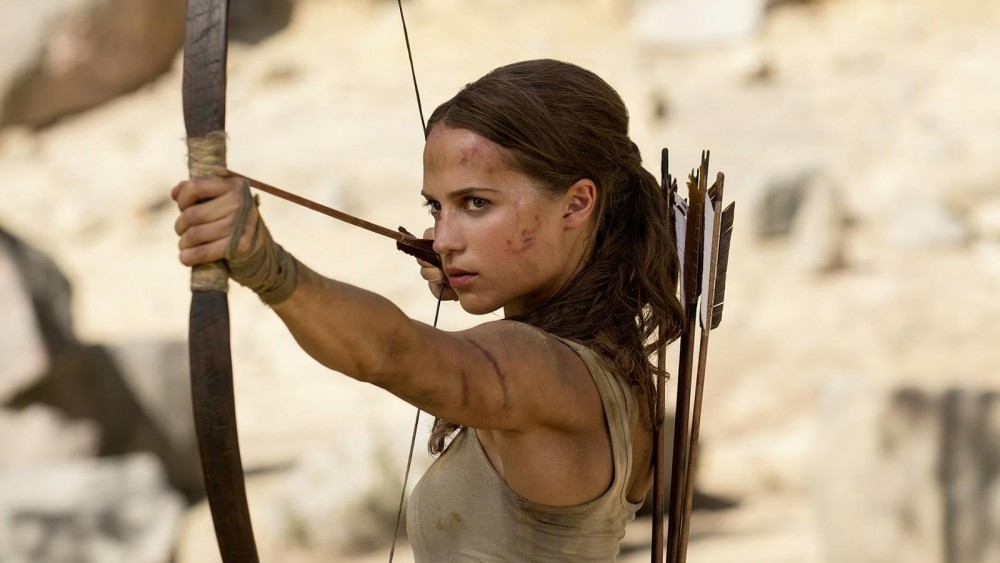 Alicia Vikander takes on the role of Lara Croft in Tomb Raider.

That doesn’t mean there aren’t plenty sprinkled throughout it, as vintage video game hottie turned action film hero Lara Croft leaps across chasms, clinging to any and every phallic symbol she can to save herself from falling to her doom (voids are yonic!).

Croft, a “fiercely independent daughter of an eccentric adventurer” is played by Alicia Vikander.

Based on the plot of a 1990s video/computer game (and its many reboots), “Tomb Raider” doesn’t go all “Riverdale” in its hints at good old consumer culture and character building. Croft is introduced in a boxing arena, stealing the owner’s apple before hopping on a food delivery bike, charming everyone she meets.

As an action movie, “Tomb Raider” is what it’s supposed to be and nothing more. You figure out who the bad guy is minutes after meeting him, the childhood flashbacks are shown in bad VSCO filter and secrets are discovered via security camera stills.

The HD quality is almost too much for the stunts; Croft’s fall recoveries seem less likely with the dangers so vivid.

But after Oscars season, it’s nice to simply be entertained. No real relationships are forged, no real feelings are required.

Constantly surrounded by men (there are maybe two other named female characters), Croft’s self is based almost entirely on her relationship to her missing father. And boy, we could go into feminist theory. But we won’t.

Forgoing crop tops and teeny shorts for athleisure, this Lara Croft isn’t necessarily concerned with her ranking in heroine sexpot shortlists. Vikander is lovely, sure, but more than that she’s strong. She’s muscular and often sweaty and grimy (because that’s how you get those arms).

As Croft, Vikander reprises a role that Angelina Jolie took on in the early 2000s. There’s a sense that we’re supposed to remember Jolie — in all her leggy glory — as Vikander takes the stage. Not necessarily by means of comparison, but by casting all our memories of one actress onto another.

Maybe the next one will be different, with Vikander glistening in more ways than one. (Sweat).

We know she can.