Children get unique encounter with U hawks 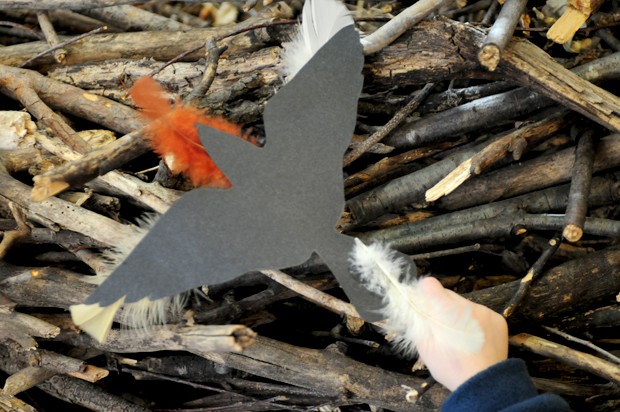 âÄúWhatâÄôs that on top of the tree?âÄù Sue McCarthy , a Raptor Center volunteer at the University of Minnesota , asked. âÄúAn owl,âÄù the group of young children responded. McCarthy, a group of four children and their parents gathered Tuesday morning for the Raptor Tails Story Time presentation , a biweekly event hosted by the Raptor Center that teaches children between the ages of 3 and 5 about birds of prey. McCarthy, a retired elementary school teacher who has been volunteering at the center for four years, said Raptor Tails is designed to help children feel comfortable around birds and to introduce them to the importance of taking care of the environment. âÄúEven at a young age, kids can feel that and learn that,âÄù McCarthy said. McCarthy, who took over the Raptor Tails program last year, said events typically have about 10 children with a new topic each time, ranging from talons to eggs to feathers. TuesdayâÄôs presentation focused on feathers; the children were taught about why feathers are important to birds. âÄúThe feathers keep them warm,âÄù 4-year-old Evan Hiland answered when asked by McCarthy why birds need feathers. HilandâÄôs mother, Jodi , said she heard about the program through a friend and this was the first time she had brought her children, Evan and his brother, Nolan, 3, to Raptor Tails. In addition to getting to feel feathers from different raptors, the children got to spend time with Alley, a red-tailed hawk that lives at the Raptor Center, listen to a story about hawks and decorate paper hawks with feathers to take home. âÄúMy favorite part was flying,âÄù Evan Hiland said, referring to the âÄútest flightâÄù the children and McCarthy took their paper hawks on through the center. McCarthy also talked to the children about the veterinary operations that go on at the center. âÄúItâÄôs like a little hospital for birds,âÄù she said. âÄúWe help them get better.âÄù Vivian Neiger , volunteer and operations manager for the Raptor Center, said along with its veterinary work, outreach is an important part of the centerâÄôs mission and it makes it a point to reach out to people of all ages. âÄúIf you get children early theyâÄôre going to think of a raptor as something you want to cherish and nourish and take care of and have them exist,âÄù Neiger said, âÄúas opposed to taking away their habitat or putting poisons in the air.âÄù