Under Minnesota's new guidelines, retail stores can open and social gatherings of up to 10 people are permitted. 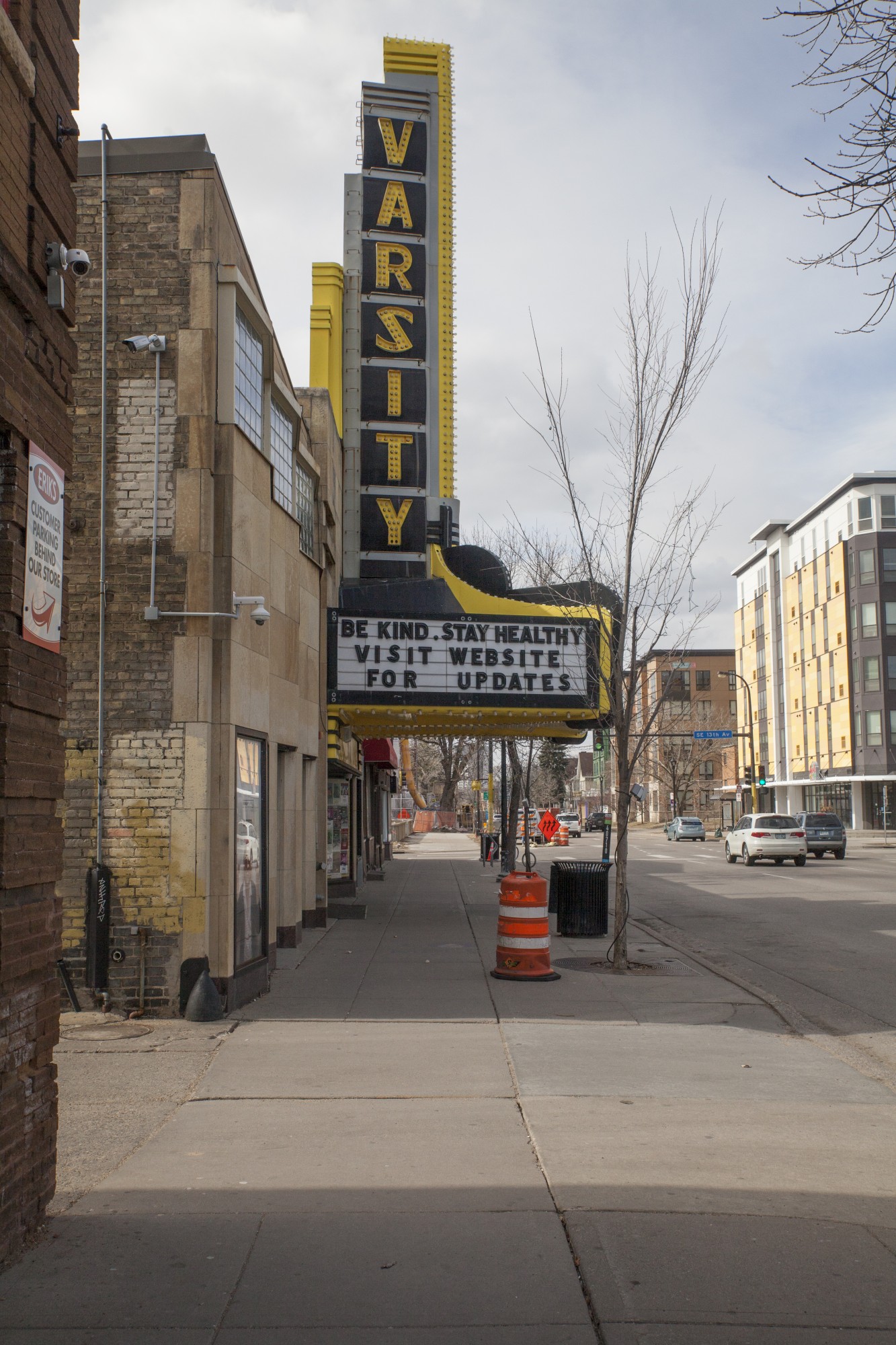 The Varsity Theater marquee delivers a hopeful message to Dinkytown on Saturday, March 21.

Walz’s stay-at-home order is set to expire at the end of the weekend. New guidelines, including looser restrictions for social gatherings and retail stores, will replace the existing order starting Monday. The announcement follows calls from some Republican lawmakers to begin reopening businesses in the state.

Walz’s stay-at-home order, originally put into place March 27, required businesses deemed nonessential to close, and limited bars and restaurants to takeout and delivery services. Nonessential contact with individuals outside of a household is also discouraged under the order.

The new order, called “Stay Safe MN” would allow for social gatherings of up to 10 people. Retail stores, including malls and other businesses, will also be able to open beginning May 18.

Under the new order, restaurants, bars and salons will not be able to reopen. Walz said he will assemble a cabinet to create guidelines to begin opening those businesses starting June 1.

“We are not flipping a switch and going back to normal all at once. We are slowly moving a dial and introducing more interaction between people over time,” Walz said in a statement. “As we take cautious steps forward, it is more important than ever that we protect those most at risk, support workers, and all do our part to slow the spread of the virus.”

Walz also noted the results of the new guidelines will be monitored and will help determine if restrictions need to be reinstated. Officials will look at the number of new cases, percent of tests that are positive and percent of positive tests where the source is unknown.

Senate Majority Leader Paul Gazelka said the new order will set the state “back on track.”

“This is really good news. I’m glad that he listened to us. I feel like we led the way in some of that,” he said in a video release.