Todd Barry’s sardonic wit and low-energy charm lends itself to fully improvised sets on the final stretch of his “Crowd Work Tour.” 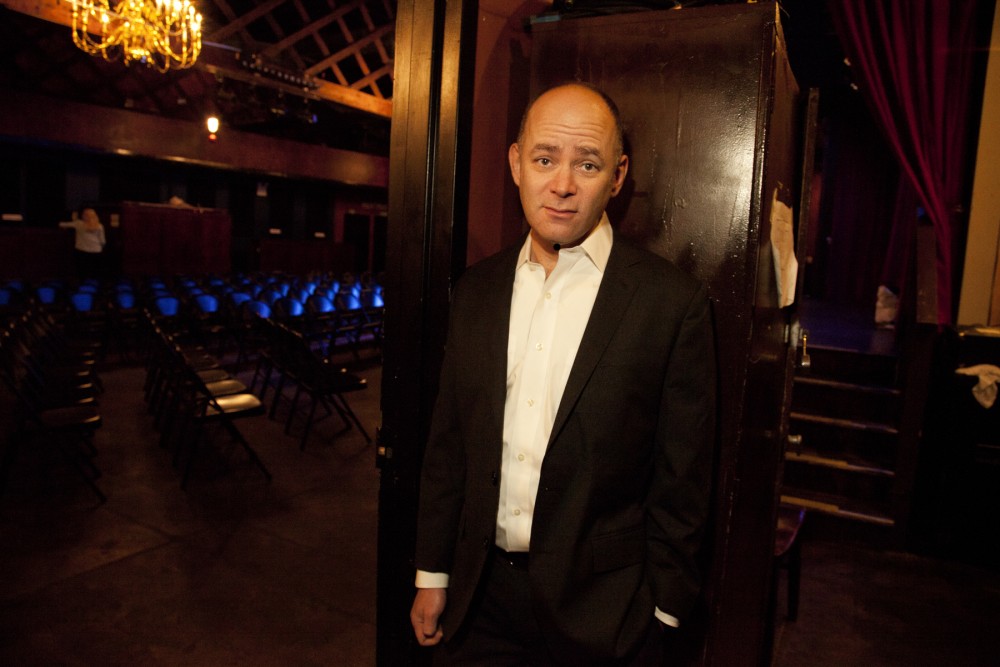 Comedian Todd Barry tells jokes like your smartass friend at the bar — except, he manages to stay endearing to the last punch line.

The New Yorker approaches the stage with a subdued confidence, finding humor in irreverence and scathing sarcasm.

With his relaxed swagger, a last-sip-of-whiskey quiet delivery and a whole lot of quick thinking, Barry has been hard at work performing the last leg of his “Crowd Work Tour.”

“I didn’t have a brand-new hour of material ready to go,” he said. “So this is what I came up with.”

In comedian’s terms, crowd work is exactly what it sounds like. Barry’s act for this tour consists solely of speaking with the crowd, asking questions and commenting on everything he can observe about the audience member he just met.

While many performers employ crowd work in their act, Barry’s tour is unique in its sole use of the technique.

“It came up really quick, and it was planned really quick,” he said. “It was a lot of split-second decisions.”

One of those split-second decisions was suggested by Barry’s longtime friend and colleague Louis C.K. C.K. asked Barry if he’d be interested in filming sections of his tour to release as a special on C.K.’s website. Barry didn’t miss a beat and accepted the offer.

Barry recently filmed a special with Comedy Central and thought his experiment would translate well to a tour-style documentary. Lucky for him, the quality of the material and the spotlight on C.K.’s website has made this thrown-together project into something more than he anticipated.

“People for the most part were pretty polite; it was kind of surprising,” he said. “I didn’t really end up getting a lot of material out of it.”

Barry’s “Crowd Work Tour” special does include a lot of folks who play along with his game, but there are definitely outliers.

Barry recalled an intoxicated audience member in Portland, Ore., who went on a lengthy diatribe about urban farming and the high quality of local eggs.

“What if I walk out of here right now?” Barry said. He turned to another audience member. “If I could walk out with you, I would,” as the egg rant went on.

Barry has no problem finding the humor in the inebriant and said he usually enjoyed when people threw challenges at him. These situations quell his anxiety about going onstage without any material.

“There were moments where I questioned whether or not anything would happen at all when I was out there,” he said.

Now that this tour is coming to a close, Barry said he’s looking forward to taking on joke writing and more traditional sets. He won’t rule out playing with this concept again, though.

“I mean, there’s always a chance someone will want me to do it again for a million dollars,” he said.